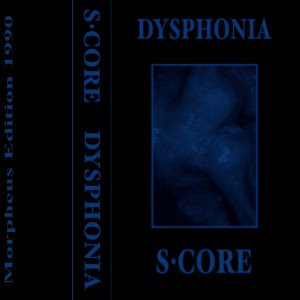 Early works are all cassette albums he put out on his own cassette label Afflict Records, many of those were recorded via mail collaboration with many sound artists from international underground scene, such as Stefano Biasin (Italy), Telepherique and Trigger B (Germany), Merzbow (Japan), Al Margolis/If, Bwana (USA), Rafael Flores (Spain).
Webpages: orc.ru, rgnz.free.fr
I haven`t got much info about this Dutch label active in the 80s.
Enjoy it.
~f(a{r]a_w{a[y*
click me 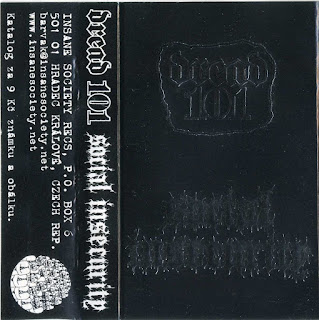 Great split tape by these political punk bands, Dread 101 from the Czech Republic and Social Insecurity from Scotland. It was printed on tape and on vinyl in 2002 by the Czech labels  Insane Society Recs and Spearhead Recs operated by the members of Dread 101.

The tape came out with lyrics in Czech and English languages, some pics + addresses.
Expect furious crust/HC punk with good recordings and amazing graphic works.
Enjoy it.
~f(a*r)a_w{a:y_
click me 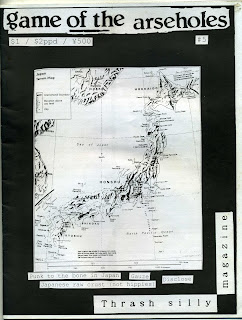 Very well done punk fanzine made by Stuart Schaber in Portland back in the last decade. This issue is dedicated to the Japanese punk scene, quite comprehensive including nice pics too. 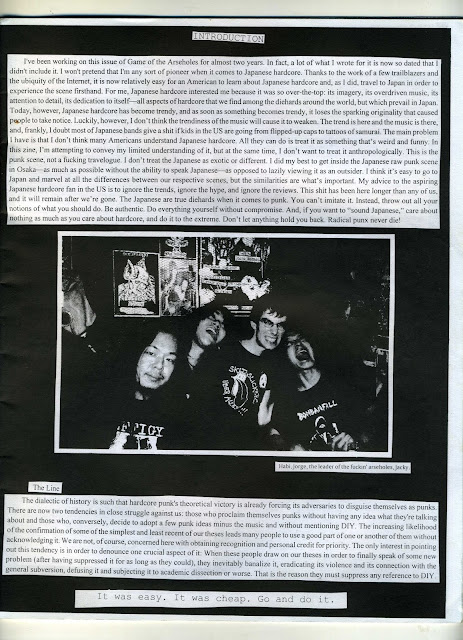 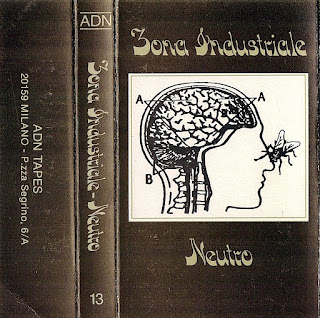 This is the second release by this fantastic Italian duo called Zona Industriale, I have already posted Materiali(85-87) and Requiem.
A Discogs page about them is here, this tape was reprinted in 1996 by the mighty Slaughter Productions with the title "Pornografia: Materiali/Frammenti",I am posting here the cover sleeve that Marco Corbelli chose for this reprint.

Adn was an Italian electronic/experimental/industrial label based in Milan. ADN was run by Marco Veronesi, Piero Bielli and Alberto Crosta (with one Carla Crotti also involved at some point), although Alberto Crosta was the main international contact. I have posted a few productions by this old Italian label too.
Enjoy it.
~f)a_r*a~w*a~y)
click me 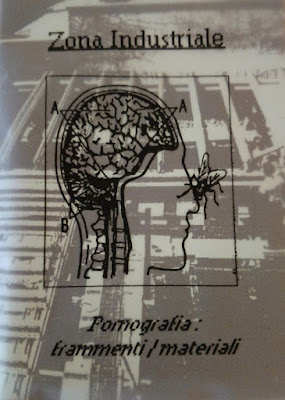 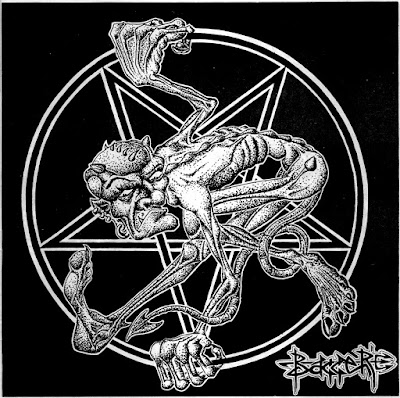 Amazing split vinyl with two Swiss bands from the crust punk scene of the last century. Bagger used to make performances with fire and masks while playing their furious HC punk. I think they were involved with the Schrottbar in Biel.

Lieselotte plays a violent form of grindcore mixed with HC punk...I spoke about them when I posted their Split tape with Pakita.
This record comes with an 8-page booklet with graphics and lyrics(all the relevant scans included here).
A great vinyl for people into violent music with positive ideas and attitude.
Enjoy it.
~f(a_r~a*w~y^
click me 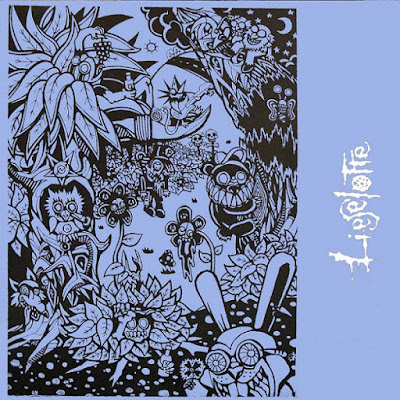 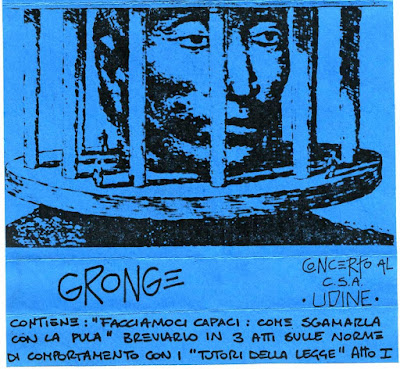 This is an amazing tape documenting the live show of this fantastic band at the Social Squatted Centre of Udine(Northern Italy) on the 21st January 1989.

Try to describe the music by this great band is not easy, with thousands of various influences they play a very personal form of Avantgarde Art Rock, their live shows were explosive mixing improvisations and performances leaving the public struck with an assault of lights, costumes,body movements, improvisations and more genial ideas, changing all the time.
I was lucky to see them twice back in the 90s ,they blew everybody away. Their various productions are quite different music-wise,as well.
Indexing this tape was very difficult because many tracks are mixed up, it took me a long time and for whoever will get it then please read the notes that I have added. The recording is pretty amazing, delivering to us their full energy as a great live act.
To complete this post I am adding some info taken from a Wikipedia page dedicated to them + an old video from their Youtube Channel.
A very big thanx to Marco for giving me permission to post this astonishing live document.
Enjoy it.
~f)a~r_a:w¬a:y~
click me
History Of The Band


Born during the New Wave era but with a very original music idea, Gronge has been groundbreaking of many music genres that evolved in the following years.


The name of the band, that prefers to define itself as a musical collective, originates from the roman slang and it means a boxer apparently defeated but who still has the strength for his last punch.


Their music style is been defined by themselves as tecknopunkcabaret because they mix in their shows music and theatre. Among the first bands to include in their compositions some samples,


they have been an epiphany for important Italian bands like Zu.


They have been, together with Franti from Turin, the first to propose the DIY/self-production in Italy.


Gronge, that from 2014 change its name in Gronge X, are still active.


In 2015 They have published a CD titled Manuale Di Imporvvisazione Per Giovani Socialisti released on Danze Moderne label. 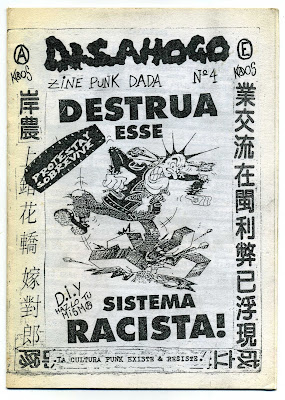 This fanzine seems to be another production by Max Vadala. I spoke about him when I posted the split tapes Terror Y Miseria/Ruido E Ideas and Sovredocis/Sopa De Garron and the fantastic zine DF Dismadre.
In this blog, you`ll find info about Max graphic works and fanzines + @punk bands from Buenos Aires.

This issue is inspired by the dadaist movement and work, you`ll find some cool graphics, some comics, an article about the Chaos Day In Hannover and another one about how to grow up marijuana at home.
Short and funny, this is a nice little zine.
Only in the Spanish language.
Disfrutalo.
~f_a(r*a^w¬a:y~
click me 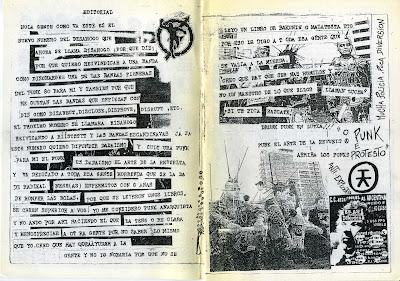 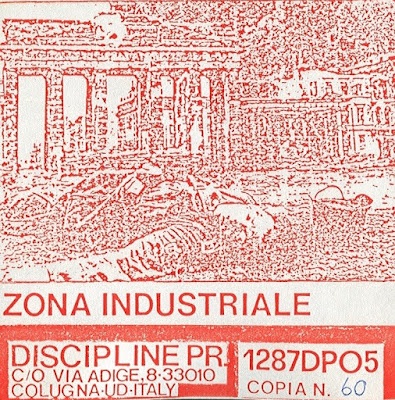 The first tapes of the group were noised and industrial from “Sequenze” the sound became more evanescent and ambient.
Discipline Produzioni was an early Italian industrial/experimental label run by Gianfranco Santoro (info from Discogs).click me
Posted by faraway at 12:33 1 comment: 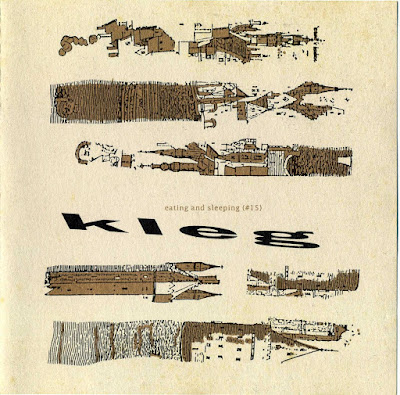 Eating And Sleeping (#15) was commissioned by the City Of Groningen in 1987.
Barooni was a Dutch label, founded by Roland Spekle, it seems that it is not active anymore. (All Info from Discogs)
Enjoy it.
~f(a_r~a*w~a/y¬
click me
Posted by faraway at 10:27 1 comment: 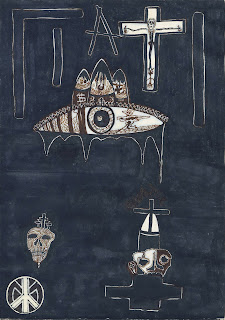 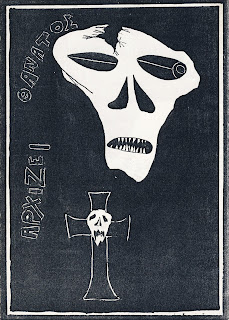 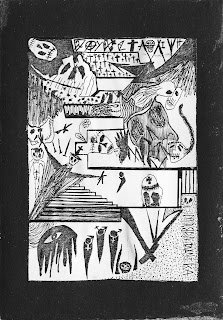 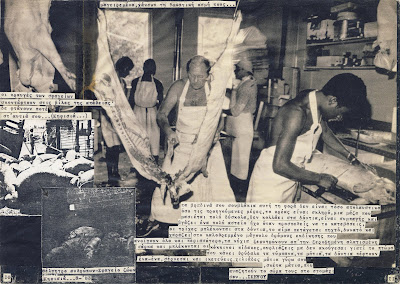 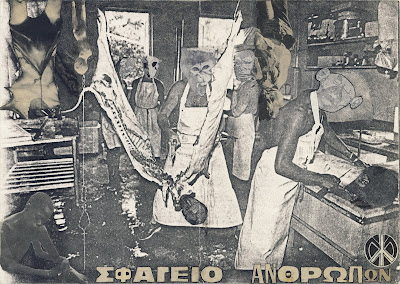 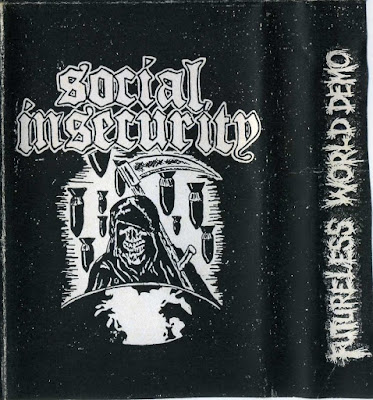 Social Insecurity is a Hardcore Punk band from Edinburgh, Scotland, UK.
This is their first demo, it was also released as 7 inch with the name Burn All Flags (with a different track sequence) by the Czech label Emergency Records in the same year.

5 tunes of raging HC Punk with political lyrics, the folded cover sleeve report email address and the lyrics too.
Their Bandcamp page is here, where you will find only their last album
Resurgence released in February 2019.
Enjoy it.
~f(a*^a¬w:a{y~
click me
Posted by faraway at 15:30 No comments: 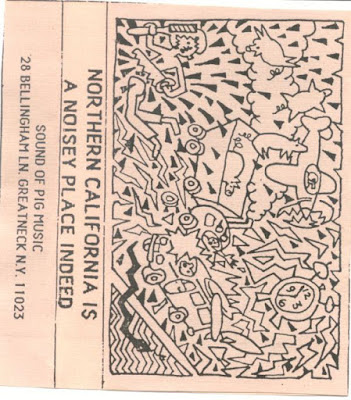 Great compilation with a bunch of good artists playing some strange forms of experimental electronics and early industrial music.

Sound Of Pig was an American Industrial/Experimental/Electronic/Noise tape label run by Al Margolis in New York. Now defunct.
SOP Cassette Mail Order Catalogue featured hundreds of titles.
From the early 1980s through the '90s, Al Margolis earned the title "Cassette Godfather" with his Sound of Pig cassette label by releasing tapes and distributing them through growing DIY music underground.
Many of the tapes are still available via Pogus Production website.
Enjoy it.
~f*a~r*a)w~a*y:
click me 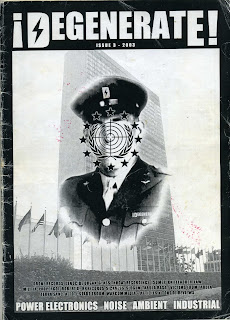 
In-depth interviews to Genocide Organ, Somer, Slogun, Knifeladder, Isomer, Troum, RRR Records, Robert X and many more + interesting articles and tons of reviews, nice graphic layout and pictures/flyers complete a fanzine that is a work of love and passion.

If you are into industrial music and all its subgenres then you`ll love this zine.
Enjoy it.
~f^a*r~a^w~a*y~
click me 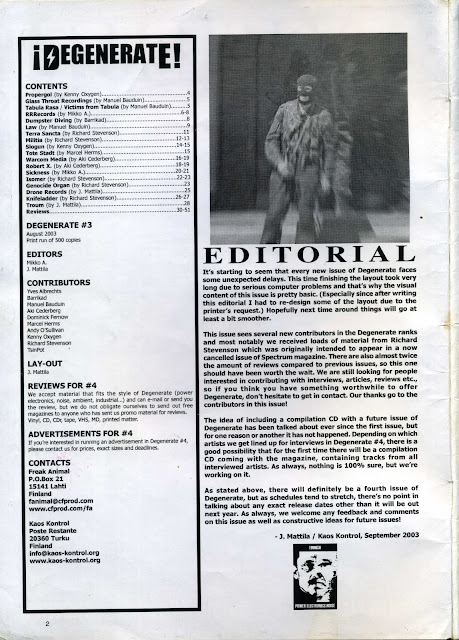 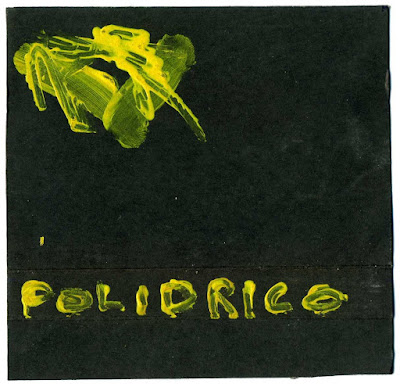 Polidrico is the name chosen by the Spanish artist José Manuel Vázquez, this is his first tape-work and it seems that came out on the Spanish label Obreros Del Sonido and then reissued by the Dutch Korm Plastics on the same year.

His music is a mix of experimental electronics touching the old school industrial, some drone and atonal concrete music.
There are no info in the handmade cover sleeve and no song titles either.
Definitely, a tape that will make happy people into a certain old type of unsound experiments and difficult music.
Enjoy it.
~f(a*r_a~w)a*y^
click me 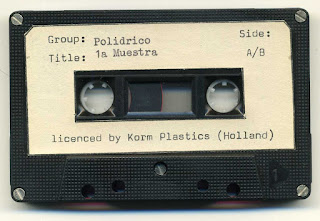 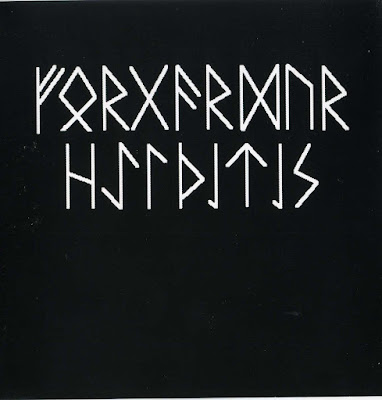 Forgarður Helvítis is an Icelandic metal/grindcore band primarily active 1995 to 2000 but technically still going.
This CD-R  includes The Helviti Session (1999), Burn Churches demo(1995), Messiarse Demo(1993). It came out with a folded cover sleeve reporting some  of the lyrics in English and info/contacts.
If you are into brutal grindcore and fast violent music then you`ll like this one.
A Facebook page about them is here.
A big thank you to Forgarður Helvítis for giving me permission to share this great cd here.
Enjoy it.
~f(a*r~a)w_a^y~
click me
Posted by faraway at 14:30 No comments: