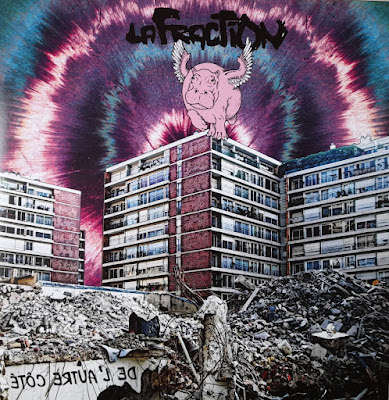 French giants La Fraction released their new album on the 19 of April 2022. Big co-production as a collective effort among many labels, they deliver to us their usual assault of melodic HC punk with Magali incredible voice.

What else to add??  Fantastic music to grace your spring sunny days. Not to be missed. 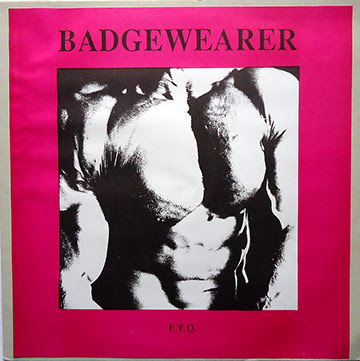 Tony Kennedy born in Glasgow in 1966, is the founding and now only remaining member of the jazz punk band BADGEWEARER championed by John Peel among others. Earning critical acclaim from many quarters including single of the week in the Melody Maker and numerous other international accolates. He turned down Jelo Biafra's Alternative Tentacles label to remain with independent Glasgow label Gruf Witt, releasing over a ten year period: 4 Lp’s and 6 7” singles. In the meantime teaming up with Pakito Bolino and Caroline Sury as part of the Marseille art collective Le derniere Crie to form the art noise phenomenon MUG, who performed at festival Mimi as well as being invited to record a Peel session. His last performance was a live improvisation with legendary CAN singer Damo Suzuki in Edinburgh. Badgewearer then became a solo project,involving collaborations with dancers, poets and writers.He currently plays one of the three basses with the new Mexico based Albuquerque band Tiny Americans, with former members of 3 Mile Pilot and Truman’s Water, specializing in live film soundtracks. Which has led to his most recent collaboration with the Rotterdam based video artist Marit Shalem.(from his official webpage)     click me 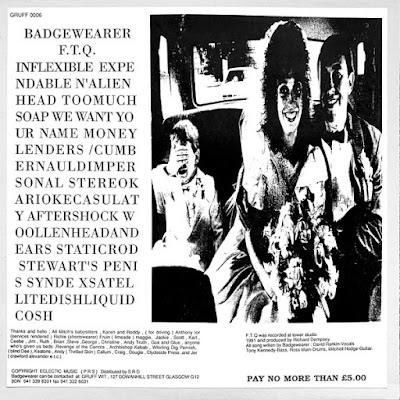 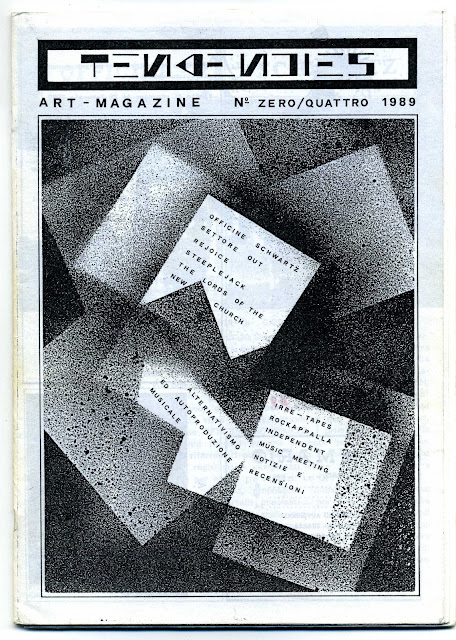 Tendecies was an indipendent publication active on the end of the 80s, printed in 200 copies its focus was music and art. This is the issue 04 and it contains interviews to Officine Schwartz, Rejoice, Settore Out, Steeplejack, an article about DIY labels, translations of The Lord Of New Church lyrics, a report about the Indipedent Music Meeting in Firenze and a long section of music and zine reviews. 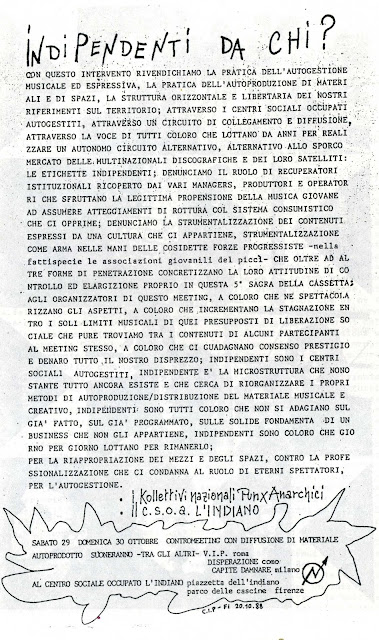 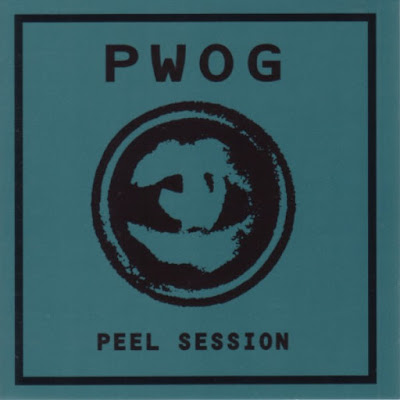 Formation from Holland (Tilburg), specialised in blends of deep techno, subtle trance and ambient soundscapes, mostly redefining the adjective 'tribal'.
At the end of 1992, Robbert Heynen left the group to concentrate on his solo project Exquisite Corpse. PWOG went through different line-ups and after a long silence re-emerged in the 2000's with a remix compilation and a few appeareances. They dissolved after an final performance at Incubate 2016.
Tim Freeman, Robbert Heynen and Reinier Brekelmans started a new project immediately afterwards; SUMUS.(from Discogs) Facebook, Bandcamp 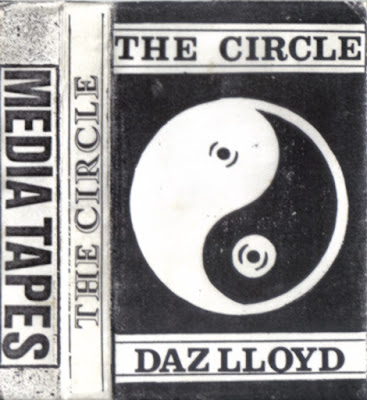 Second Post about this amazing artists from Scunthorpe, I wrote about him last month when I posted  the tapes : Bill Of Rights and Stand Up And Be Counted. 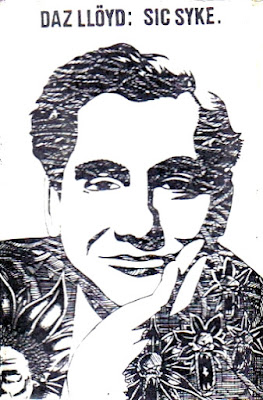 To make this post more informative I have asked his old mates to write some info about Daz. Unfortunately, he left this world very young. This post is dedicated to his memory and his excellent music. Big thanks to Mark for introducing me to such a great artist, to PJL for digitizing these old tapes and his nice words, and to his family for giving me permission to post his tapes here and on my Youtube channel.
Enjoy it.
:f*a^r~a)w*a^y

Darren Lloyd (or - like every guy given that first name - Daz to his mates) first appeared on a stage in March 1985 as guitarist in The Demised,
a band he'd co-founded in his native Scunthorpe the previous year.  That band revised and expanded its line-up shortly afterwards, subsequently changing
its name to Declaration, but made no serious headway before breaking up in April 1986. 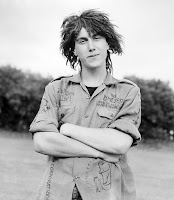 Over the following couple of years Daz released three cassettes: 'Bill of Rights', 'Stand Up and Be Counted', and 'The Circle'; each was a genuine solo effort with
all vocals, guitars and bass by the man himself (the title of an instrumental on the second tape - "Wot No Drums" - was based on a common reaction to his approach
of those who'd heard its predecessor).  Daz also popped up at a number of local gigs during this period armed only with his guitar (and voice) in a Billy Bragg stylee, but all of this was only half of the picture.

While a stint as second guitarist with established Barton band Aki (soon after Declaration's split) didn't work out, Daz subsequently remained a member of Terminus
for long enough to appear on the first of that band's generous handful of records.  He also joined the 'enigmatic' (and mainly studio-based) Scunthorpe outfit Murderous Musicians,
while a friendship with London-based punk band The Apostles (initially kindled through the post) led to a series of visits to their Hackney HQ -
and an 'exchange visit' by the band's Dave 'LAMF' Fanning to Scunthorpe to appear alongside Daz (and former Declaration drummer Pete) in a one-off outfit named
after the beloved Monty Python skit, The Piranha Brothers. 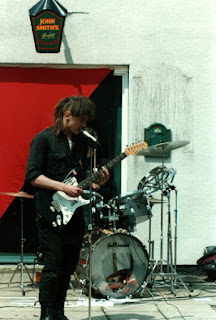 By the early '90s Daz had moved to London, maintaining his association with The Apostles by recording a fourth tape - 'Sic Syke', now complete with drums! -
at their HQ (with Dave supplying cover art, and fellow Apostles Muzz and Andy providing percussive assistance); it seems that Daz and Dave also reassumed their Piranha alter egos on occasion.
Over the next few years our contact was scant, limited to when our paths happened to cross during Daz's visits to his family in Scunthorpe, but his permanent return home in August 1997 seemed
to hold much promise - for one thing, it seemed that a 'reunion' of the Murderous Musicians was being discussed before he'd even had the time to unpack his cases.


Instead, Daz's relocation to Scunthorpe was followed only a few weeks later by his tragic death; he was days short of his thirty-first birthday.  He is still,
and will always be, remembered fondly by friends, regarded highly by those who'd shared a stage with him at any point, and much missed by all who knew him.  Rock on, Daz. 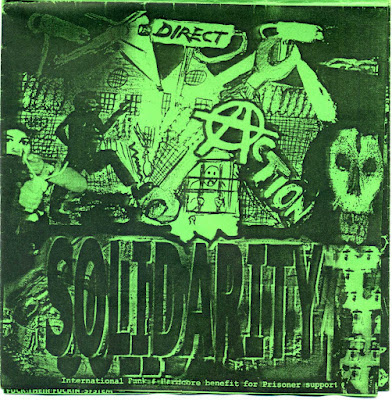 Long international Cd-r sampler compiled by the people of Active Slaughter released as benefit for prisoner support. Many great bands playing Crust, HC punk, Grind and similar fast `n`agry music. It came out with a folded cover-sleeve and a leaflet about the benefit. 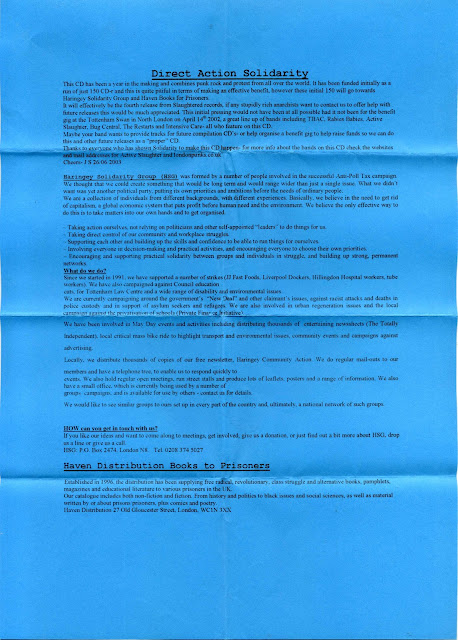 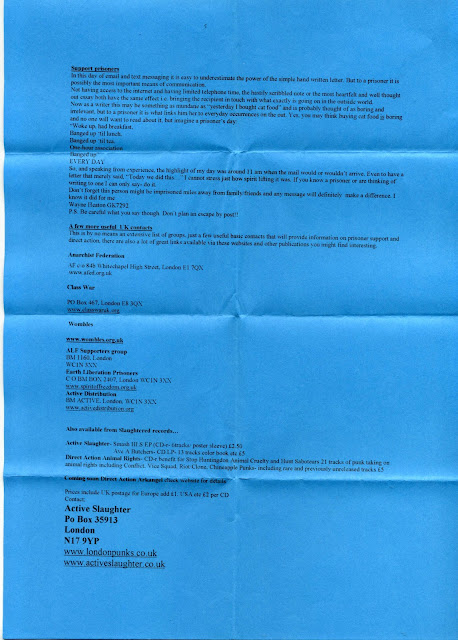 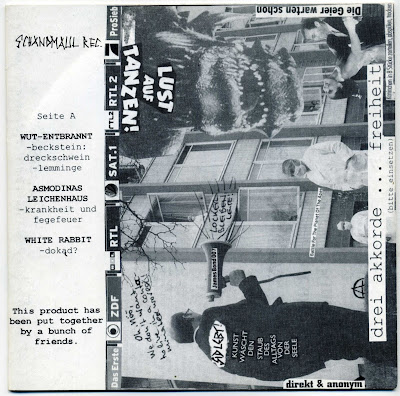 It came out with a cool booklet with graphix and info(all the scans included here). 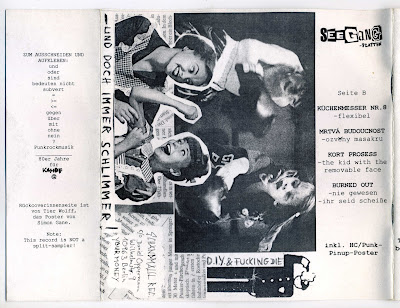 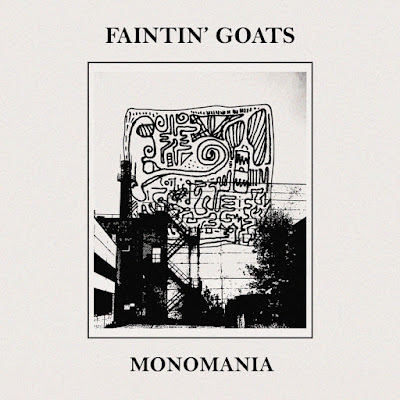 Faintin 'Goats is a musical project focused on experimenting with electronic and noise punk stuff.
Born in April 2016, the duo is formed by Alessio Del Donno and Daniele Pescatore.
The project is open to everyone who wants to share the same attitude or ideas of making music, without genres restriction. click me 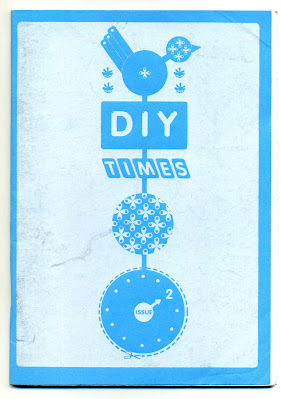 Nunber 2 of this zine made by Key and Nath. Long interviews and interesting articles about various topics and artists involved in the British punk scene. A great example of underground press.Enjoy it. 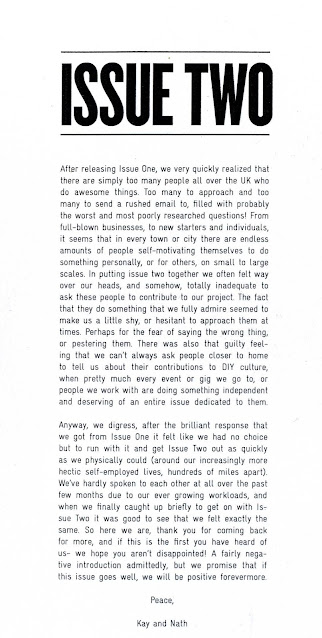 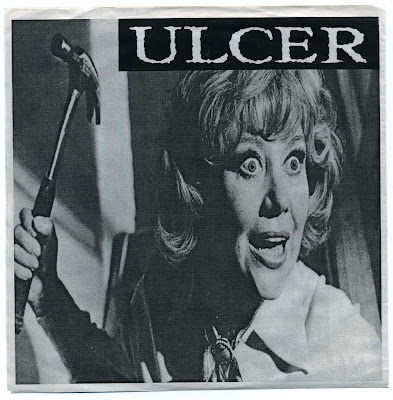 Ulcer was an American hardcore / powerviolence band from Northbridge, Massachusetts.

Failure Face was an American hardcore punk band from Brandon, Florida. Active from 1993 to 1996.

Burrito Records American Hardcore/Punk label started by Bob Suren in 1991 and ended in 2008. The label began in Stuart, FL and moved to Brandon, FL in 1995.
One of Suren's goals with Burrito Records was to make his titles cheap and easy to find. He achieved this through large pressings of most titles, which kept the cost per unit low, and by trading releases with just about any label he could find with similar titles. Through years of international trading, Suren ensured that Burrito titles -- with few exceptions -- would be abundant all over the world for years to come.
Many Burrito titles were by bands that Suren played in or was friends with. Hence the proliferation of Florida groups on the label. In fact, Suren's original goal was for Burrito to be an all-Florida label, to be to the Sunshine State what Dischord had been to D.C. But by his fourth release, he began finding bands from other places that he liked and decided to no longer limit the label by geography.
Suren liked to discover new bands that he wanted to share with the world. Burrito was the first label to put out records by Failure Face, Cult Ritual, Scrotum Grinder, Reason Of Insanity, Race Against Time, Ulcer, Murder-Suicide Pact, Control De Estado and others.
In later years, Burrito released re-issue titles by some of Suren's old favorite bands, such as Hated Youth, Roach Motel, F, Gay Cowboys In Bondage and Death Sentence.
The name Burrito Records comes from Suren's days in Flaming Midget, when the band would jokingly count off songs with a hearty, "Uno, dos, tres -- BURRITO!" For some reason, this cracked up the guys in Flaming Midget and when it came time to pick a name for the label, the choice was obvious. 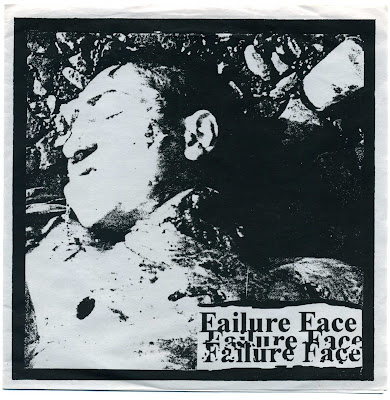 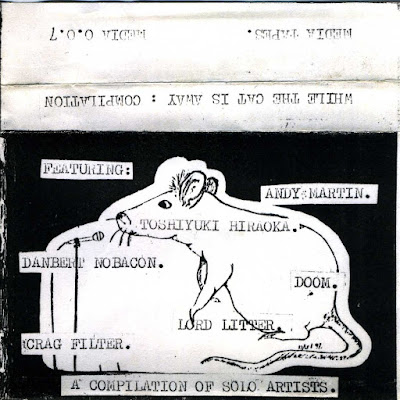 Very good sampler of solo artists compiled by Daz Lloyd for his label Media Tapes back in 1989. It features many good solo-acts : Dave Fanning and Andy Martin ,also involved in The Apostoles,Danbert Nobacon also involved in Chumbawamba ,Doom present in this sampler is not the famous crust punk band but it is a nickname for Mark Richardson involved in Terminus, Crag Milner previously of Declaration alongside Daz and Pete,also great tracks by the prolific Lord Litter. I have no info about Toshiyuki Hiraoka,Uncle Dick Fish and Statement.To complete this post I am adding the songtitles and a script by Daz included in the cover sleeve. 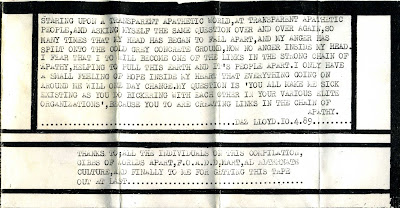 Big thanks to Mark Terminus for donating this tape to this blog and to PJL for passing me some info about the artists. Since this tape seems to be very rare I left these tracks as waves. Enjoy it. 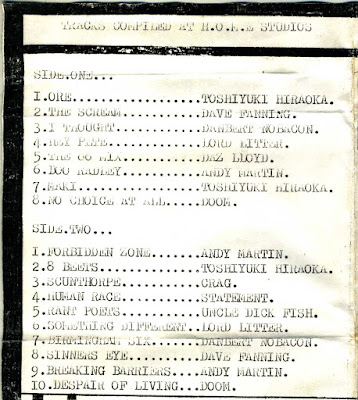