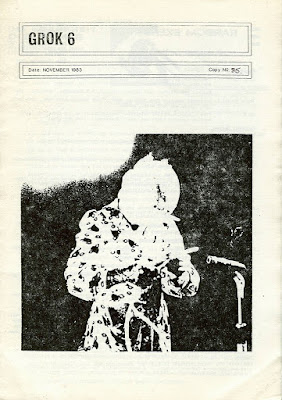 Number 6 of this old English fanzine focusing on industrial music and politics.

In this issue articles about: Coil, Superior brainwashing through sensory deprivation, Mantras, Current 93, Hassan-I Sabbah, Paul McCarthy, zine reviews and flyers.
Enjoy it.
~f(a)r_a^w(a*y)
click me
Posted by faraway at 17:30 No comments: 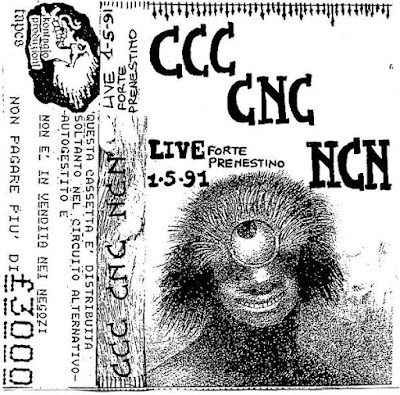 A live tape by this amazing dadaist anonymous noise/performance collective from Torino, Italy. Spawning from the anarchic/antagonist underground scene, CCC CNC NCN combines a bombastic old-school industrial sound with conceptual records and live shows about unpopular topics, such as suicide as an extreme choice of freedom, mass control and oppression.

This is their gig on MayDay of 1991 at the fantastic  Forte Prenestino, Kontagio  Produzioni Tapes was the distro active in this squat at the time and releasing mostly live tapes recorded in this massive squat.
Enjoy it.
*f^a~r*a{w}a{y~
click me
Posted by faraway at 17:32 1 comment: 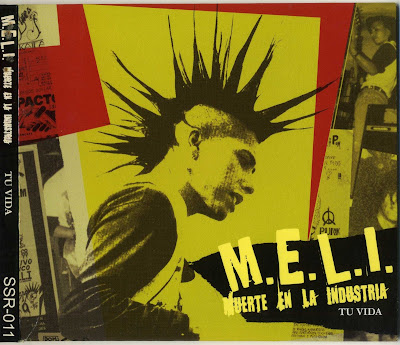 Cd-discography by this raw noise punk band from Mexico City active in the mid-80s, they had a short life, only a couple of year and 1 demo recorded yet they left an incredible legacy!

This cd came out with a good booklet reporting lyrics, pics and an extended biography in English, Japanese and Spanish. 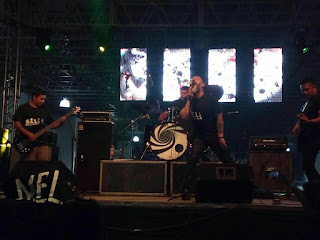 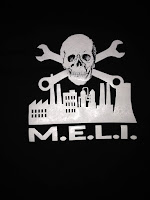 They reformed in 2017 for the first Punktud Fest in Mexico and played a total of 6 gigs, the last one in October of the same year, a benefit for the people in need after the earthquake that shattered the country 1 month before.
To complete this post I am attaching a pic from this reunion, the t-shirt printed on this occasion and a video live at Punkitud 2017.
A very big thanx and greetings to Nacho for passing me this great cd a few years back and the t-shirt, pics + the updates just 3 months ago.
Enjoy it.
~f*a~r)a*w~a^y~
click me 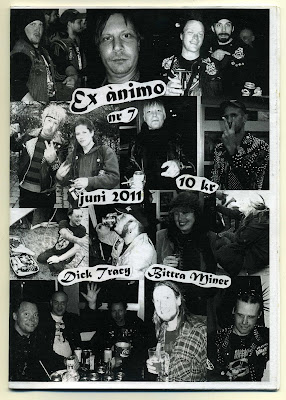 Crust punk fanzine published by Jannah in Sweden, I have already posted the Number 6 and the Number 8.

In this issue long reports about the Scum Fest in London,2010 edition and  Punk Illegal in Sweden during the same year.Interviews with a  few bands and lots of music reviews.
Also here many pictures, although in black and white as photocopy, the quality of the pics is very good, I guess it is all printed with a digital xerox machine.

Eventually, it is only in Swedish language.
Enjoy it.
~f)a(r*a~w)a(y*
click me
Posted by faraway at 10:20 No comments: 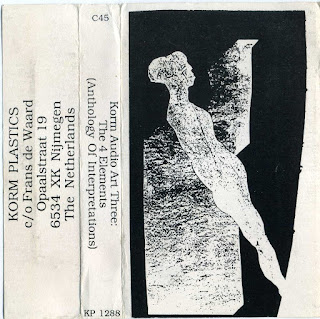 Each artist gives his own interpretation of a soundscore made by Frans de Waard. It comes with a thick paper cover professionally printed on both sides. Numbers manually stamped with colour ink.
Limited edition of 256 copies. It was later reprinted as CDR.
A brief synthesis of the art-concept is reported inside the cover sleeve.
Enjoy it.
:f*a^r¬a~w}a>y^
click me 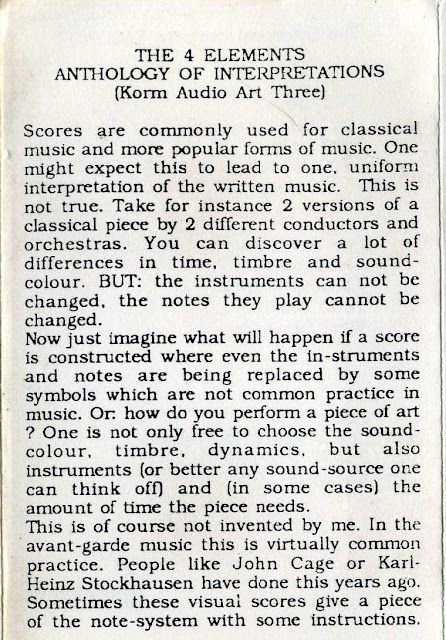 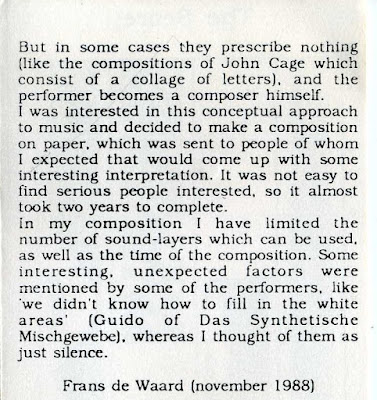 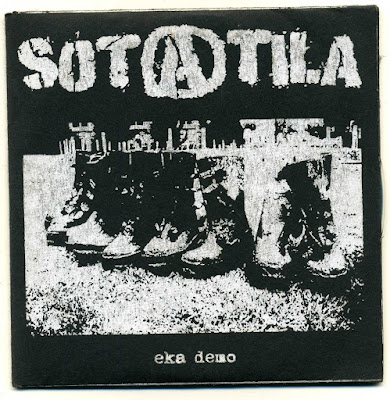 Great CD-R demo by this Finnish band hammering our ears with powerful d-bet crust punk, fast and straight to your face...! Only 150 copies, sold out now.

Tape version (pro-tape) is Released in Czech Republic by label Ultima Ratio. Lyrics are translated in Czech language as well as English. Released 2006, 500 made. sold out
Brazilian edition of the Eka Demo + "Propaganda is hippies" songs released by Muito Além da Musica. Includes lyrics in Portuguese for the demo songs.
They have an excellent webpage where you can find their full discography, this demo as a free download + more stuff, pics,news, shop and gig reviews. Their FB page is here.
Enjoy it.
~f*a(r)a~w*a)y(
click me
Posted by faraway at 17:47 No comments: 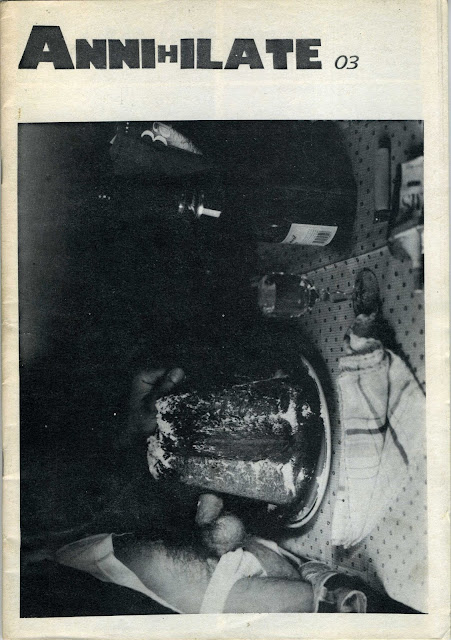 "Annihilate an experimental magazine of mental emotions in contrast to the happy decadent human beings. Denial, liberation from the obsessive post-industrial rhythm, evasion from an image forced by the controlling dynamics of production. "
In this issue, American Indians, SPK: an anti-psychiatric institution, sexual liberation, Trento anti-army, psychiatric creativity, poetries, Manson`s kids, Annihilate Your Head and some visual poetries.
All in all a great magazine full of interesting articles/ideas.
In the Italian language, only.
Enjoy it.
~f(a*r~a(w~a*y_
click me 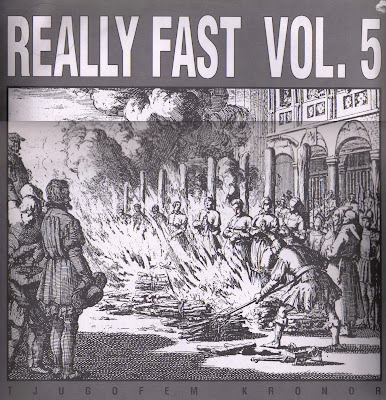 Legendary compilation series edited and distributed by the Swedish Really Fast Records old label that seems to be still alive and kicking.
A very interesting interview with Patrik Jonsson, a founding member of this label, is here.

More compilations of this series in this blog here.
Enjoy the fast and furious old school HC punk.
~f(a*r~a{w)a{y~
click me 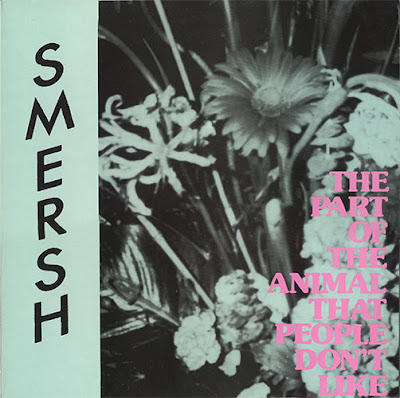 Smersh was Mike Mangino and Chris Shepard. And from 1981 until 1994 they released far too many cassette tapes. They also contributed to far too many compilations throughout the known world. In the early eighties, they established a unique sound that is known and loved, combining cheap electronics and wild guitar sounds with distorted vocals. They were, in fact, a bit The Ramones of the industrial scene. But were they industrial? The Smersh sound had so many faces that it is next to impossible to categorize their music. Smersh recorded on most Monday evenings for a couple of hours. Each song was improvised over the course of the evening and then recorded. Once it was finished they never played it again. They never rehearsed, they couldn't read music,

and they never played live.(from their official webpage)


Here a very interesting interview with Mike Mangino conducted by Dmitry Vasilyev in August 2000.
Electro, industrial label from UK, founded in 1986 by Dave Henderson, who had earlier run the X Tract label. DMC ended when Red Rhino Records distribution collapsed in 1988.
Enjoy it.
~f(a*r}a)w_a(y~
click me 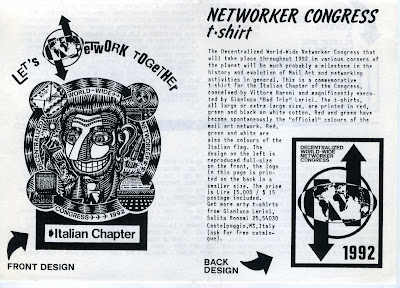 This is the flyer publicizing the commemorative T-shirt for the Italian Chapter of the Congress conceived by Vittore Baroni with a graphic work by the amazing Gianluca Lerici aka Professor Bad Trip for the  Decentralized World-Wide Networker Congress 1992.

For whoever doesn't know much about this Network Congress held in 1992 in various places in this planet, here few lines:


and coordinated by Peter W. Kaufman eventually involved over 500 artists from 25 countries and over 250 events.


The original text is as follows :

Where two or more artists/networkers meet in the course of 1992,  a congress will take place
. The Decentralized World-Wide Networker Congress will serve as a

meeting point for all kinds of networkers. The meaning of the common


role as networkers should be the focus of the discussion.


As Networking options have expanded since 1992, and with the variety of media available to us now, we seek to expand this concept, and while honoring Mailart and face to face meeting, we are looking for all kinds of manifestations. Along with H.R. Fricker, the Congresses originator, and our Honorary organizer, we look forward to a re-energizing of these concepts, and expanded interactions within the network.


During the days of November 2, 3, and 4, 2012  Exhibitions will take place in 6 locations, in 6 distinctly different time zones. 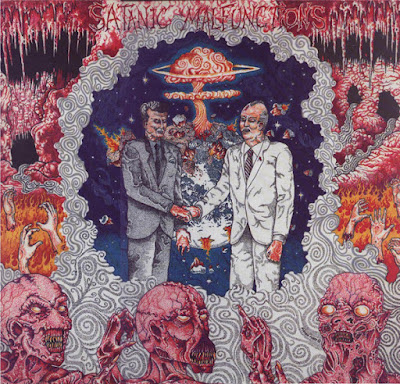 Formed in the mid-1980's, following the demise of S.A.S (2) Reformed in 2013 (Satanic Malfunctions (2)) with Ade as the original member as well as Yaga and Ryan and Kai from Belligerent Declaration. Another line-up consists solely of Stuart Duchart (Satanic Malfunctions (3)). (from Discogs)
Their Bandcamp page is here, strange enough this album is not listed there.
Enjoy it.
~f*a)r(a~w*a(y)~
click me
Posted by faraway at 10:15 5 comments: 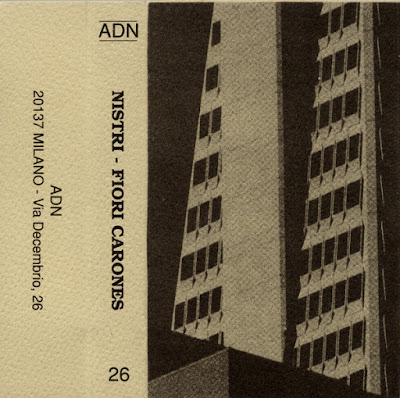 In those 40 minutes, they mix and mash a good dose of experiments touching the no wave, the ambient, the synth-pop and somehow a bit of electro-rock. Definitely a tape with some original music and sounds.
ADN was established in 1983 as the first Italian fanzine for experimental new music published in English, released lots of tapes and some vinyl of industrial/electro/noise until the early 90s and went on a long hiatus.
ADN restarted their activities in 2014, their actual webpage is here.
Enjoy it.
~f¬a~r¬a{wa}y¬
click me
Posted by faraway at 13:30 No comments: 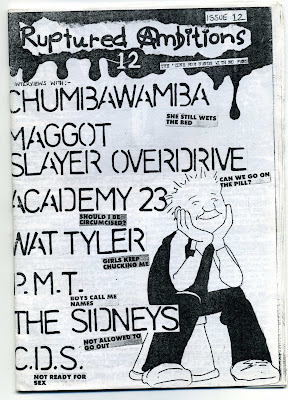 Rapture Ambitions was an anarcho-punk fanzine edited and distributed by Chris in Tavistock(Devon) during the early 90s.

In this issue good interviews to Chumbawamba, Maggot Slayer  Overdrive, P.M.T., The Sydneys, Academy 23 and Wat Tyler +  some reviews of zines and tapes.
Enjoy it.
~f*a~r_aw^a~y^
click me
Posted by faraway at 13:30 No comments: 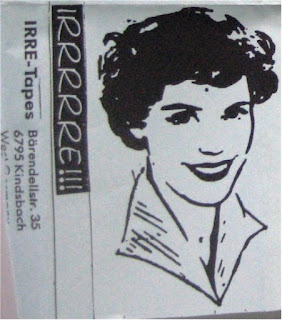 Irre Tapes was a German label run by Matthias Lang (2) which evolved out of the IRRE Fanzine he published regularly during the early 1980's covering New Wave, Post Punk and the German Underground. In true DIY spirit, he supported the international network of small labels and fanzines through editing the free IRRE Newsletter to spread info and contacts and writing occasional reviews for various publications. Most of his Compilations should be seen as an attempt to promote lesser-known artists and labels. Without a doubt, he was one of the driving forces of the German Tape Scene.
This label is been covered in this blog many times, a Discogs page about it is here.
Enjoy it.
¬f{a)r~a}w)a¬y~
click me