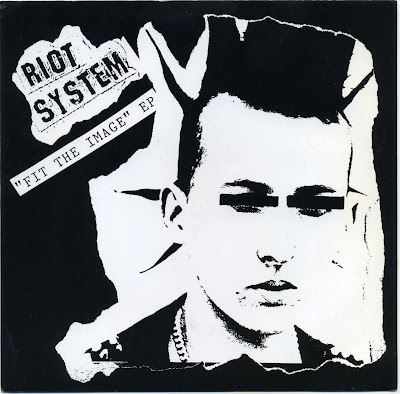 Riot System was a trio hailing from Australia. They play a raw form of HC punk and the lo-fi recordings in this 7inch make them even rawer and violent. This ep came out with a folded cover sleeve reporting the lyrics + an extra sheet with the Japanese translations. 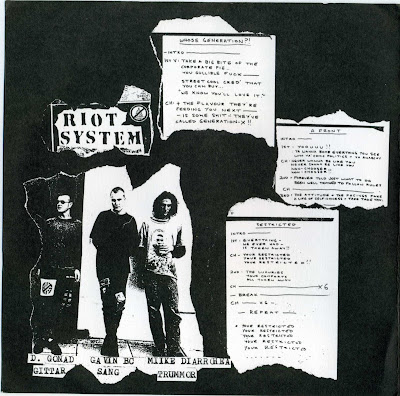 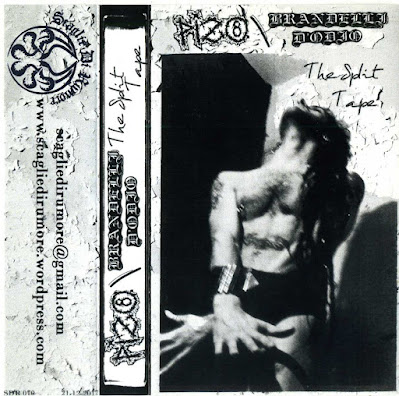 Split tape with two bands from the Foggia Squats scene (Southern Italy)!I have posted many productions and video/perfomances by Brandelli D`Odio, I have, also, briefly wrote about Piz8 when I posted the  international compilation Into Service For Citizen?.

This cassette contains many unreleased tracks by PIZ8 and some by Brandelli D`odio, it came out with a small booklet reporting lyrics, pictures and an interesting introduction in English and Italian languages. 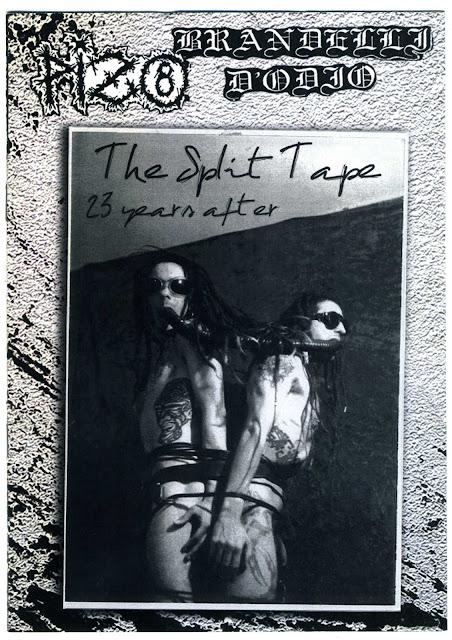 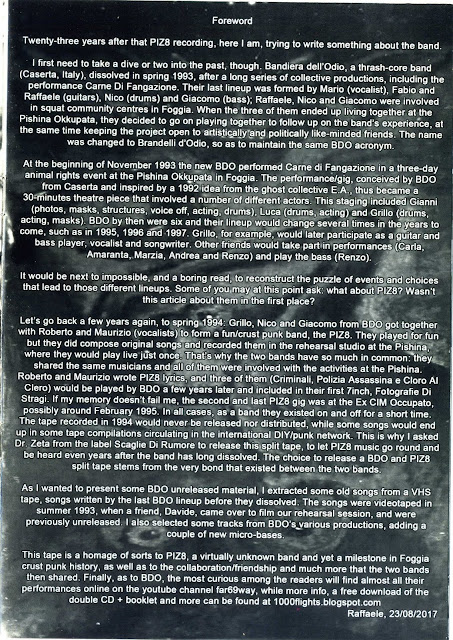 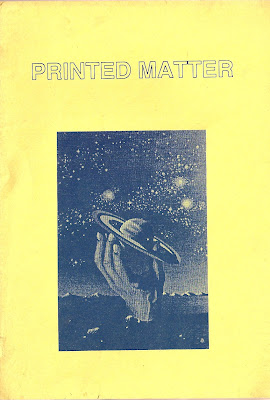 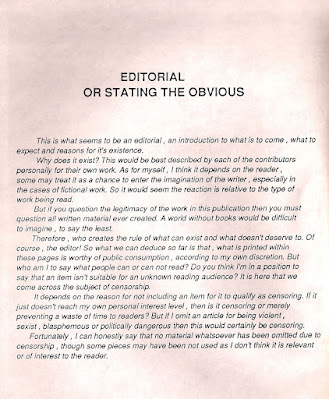 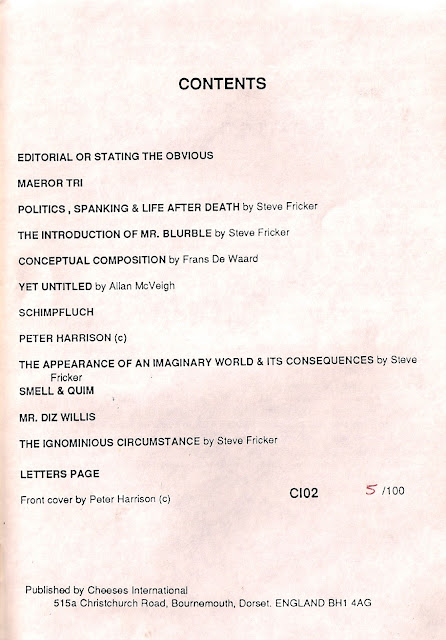 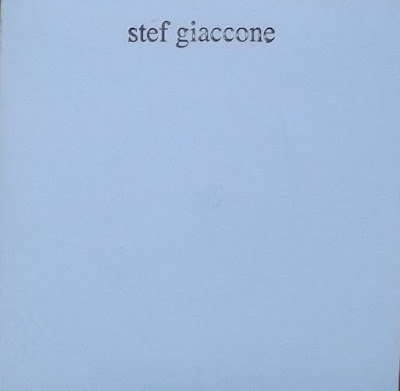 Italian but born in Los Angeles (USA) in 1959, moved to Torino, Italy in 1966. Since summer '98 he is living in the UK.
Self trained, Stefano Giaccone plays sax, guitar and sings.
He started playing in 1973, following lots of different musical fields since then: folk-rock to jazz, punk to avant-garde rock and has performed regularly either with bands or as a solo artist. His musical career developed inside the independent and underground scene and he is regarded as an influential songwriter since his leading role in the Italian music scene of the eighties as founder of Franti, the record label Blu Bus and a 3 years engagement with Kina (4), one of italian best known Punk bands.
His collaboration with Lalli, the former singer of Franti, gave birth to several projects such as Orsi Lucille, Ishi and Howth Castle.

In 1998 Stefano released his first solo album, 'Le Stesse Cose Ritornano', under the alias Tony Buddenbrook.
Stefano has been working at a trilogy of mini CDs, 'The Blue Color' which have been published in 1999 to 2001. They all evolved in collaboration with british musicians. An independent label based in London, Jonson Family, has published a single of his songs.
The Florence based label Santeria released the album, 'Tutto Quello Che Vediamo...' in March 2003, recorded partly in the UK (with collaborations by Clive Painter-Broken Dogs and Dylan Fowler) and partly in Italy, produced by Perturbazione's Gigi Giancursi.(info fromDiscogs)   click me 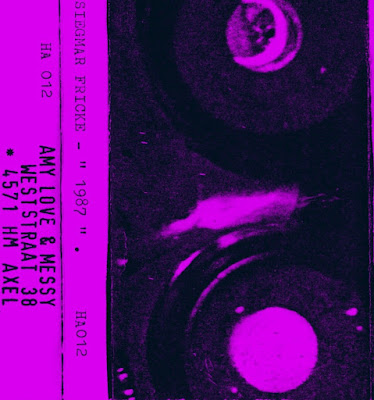 "Siegmar Fricke started his first musical experiments in 1981 using tape-recorders and shortwave-radio signals to create collages of musique-concrète. After intense activities in the European tape-scene between 1985 and 1993 Siegmar Fricke founded Efficient Refineries and Ambulatorio Segreto in collaboration with Miguel A. Ruiz and Stefano Barban. He also founded Doppelwirkung together with Michael Wurzer. Several collaboration-projects with Italian sound-artists Maurizio Bianchi and Giancarlo Toniutti were realized as well.

Siegmar Fricke also activates under the monikers Bestattungsinstitut and Pharmakustik.
Frickes approach to music is characterised by organic improvisational studies, free form, highly abstract withouth a trace of conventional. He characterizes his musical works as "Pharmakustik": Pharmakustik might be a new path of sound-innovation in today's technological music that often lacks the approach of profound sound-experimentations by focussing just on preset-sounds, melodies and familiar song-structures. (from essentia mundi)"art739.webnode.com [all info from discogs]  click me 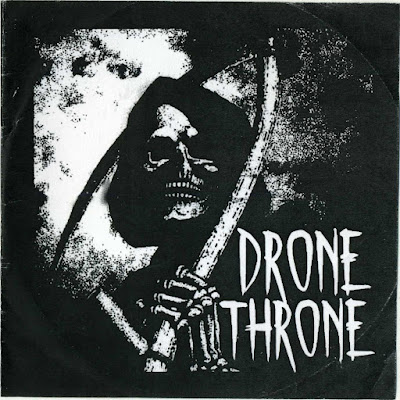 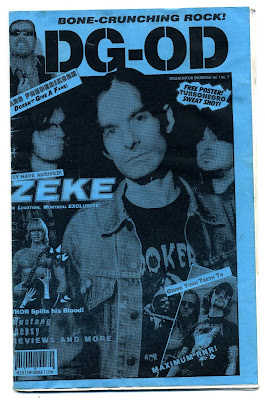 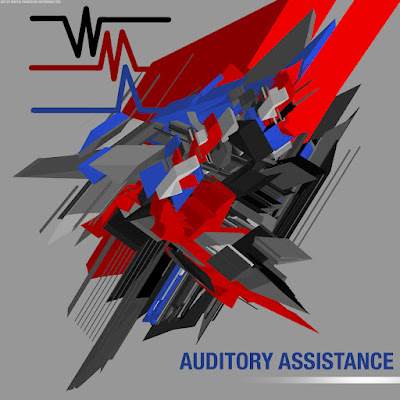 All proceeds of the sale of this LP will be given to www.mind.org.uk who provide highly valuable support for mental health.

What we do.
We provide advice and support to empower anyone experiencing a mental health problem. We campaign to improve services, raise awareness and promote understanding.
We won't give up until everyone experiencing a mental health problem gets support and respect.
Every year, one in four of us will experience a mental health problem. But hundreds of thousands of people are still struggling.
We believe no one should have to face a mental health problem alone. We'll listen, give you support and advice, and fight your corner.
Mental health Information and support
When you're experiencing a mental health problem, supportive and reliable information can change your life. That's what we do. We empower people to understand their condition and the choices available to them through the following:
Our Infoline, which offers callers confidential help for the price of a local call.
Our Legal Line, which provides information on mental health related law to the public, service users, family members/carers, mental health professionals and mental health advocates.
Our award-winning information, certified by the PIF Tick.
Local Minds
Our local Minds provide help and support directly to those who need it most. There's a network of around 125 local Minds across England and Wales that offer specialised support and care based on the needs of the communities they support.
Campaigning for change
We believe everyone with a mental health problem should be able to access excellent care and services. We also believe you should be treated fairly, positively and with respect.
We campaign on a range of issues that could affect anybody with a mental health problem. This includes health services; legislation; protection of legal rights, and employment. Join us to campaign for change.
Professional training
We can help bring about real change, end discrimination and promote good mental health for all through our training and consultancy. We offer a range of national and local services including workplace training to develop mentally healthy offices, applied suicide intervention skills, Mental Health First Aid and bespoke training sessions.
Depression Alliance
Depression Alliance has been supporting people with depression for almost 40 years. Raising awareness and campaigning to improve attitudes towards depression has been central to Depression Alliance's work.

Mastered by John Healy at the Macro Chamber, Ammanford, Wales.

Artwork by Mattia www.facebook.com/mattia.travagliniartworks
Special thanks to all the artists who have supported this project, the Welsh Modular Alliance welshmodularalliance.bandcamp.com , Photon Emissions and finally, THANK YOU for purchasing the LP and supporting www.mind.org.uk
Take care of yourself and each other.     click me
Posted by faraway at 07:43 No comments: 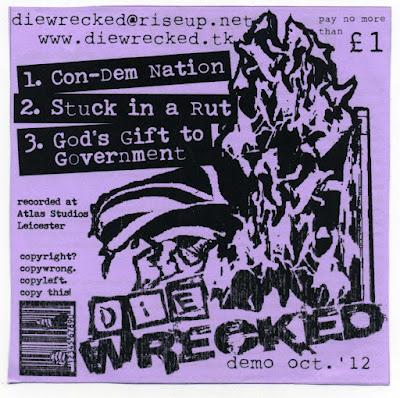 Die Wrecked is a trio from Leicester (UK) and this is their first production. A  CD-r with 3 tracks of fast and furious HC punk, it comes with a lyrics sheet. 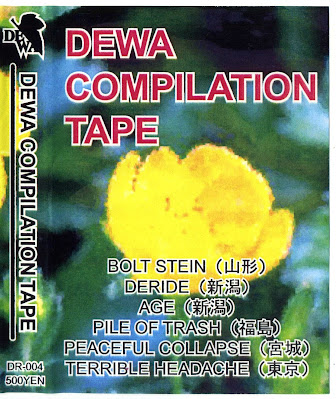 Brilliant compilation with a bunch of extreme bands playing grindcore ,crust punk and HC Punk.It came with 6-panel insert,including graphics and lyrics + addresses of the bands.The tape is enclosed in an hardcase and it has a colour cover sleeve.(all the relevant scans included here)

Dewa Records was a record label from Yamagata, Japan. No longer active. 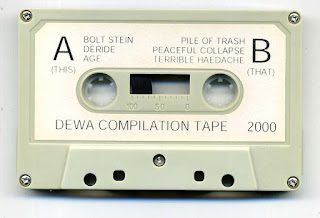 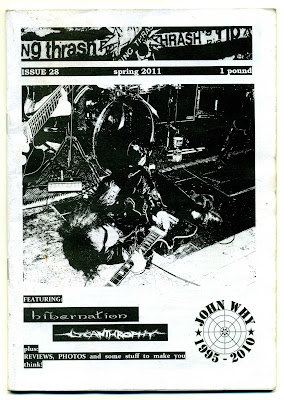 Another issue of Ripping Thrash,I have already posted quite a few in the past. This is N28 and contains long interviews to Lycanthrophy, John of Why Zine, Hybernation + an article about the protests in Egypt during the Arab Spring, a few interesting rants and lots of music reviews + some very cool pictures of  bands playing live.Here I am attaching the editorial for this issue. 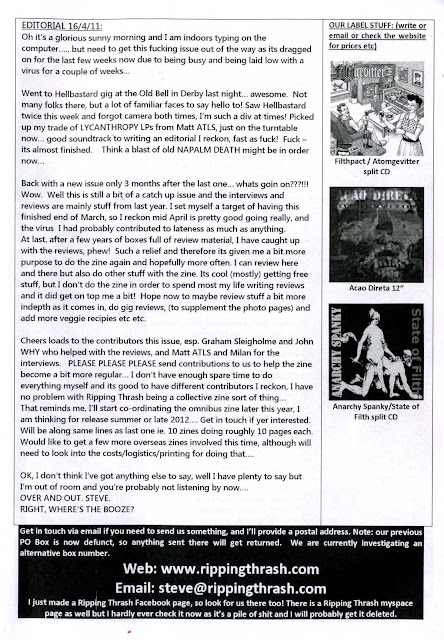 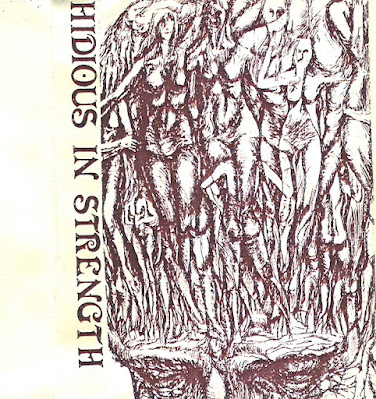 Hidious In Strength was an early project of John Zewizz started around 1982. The instrumentation was often a combination of synthesizer experimentation, tapes, and "found" vocals from TV.
Although Zewizz was the only studio member, the project sometimes performed live as a duo.