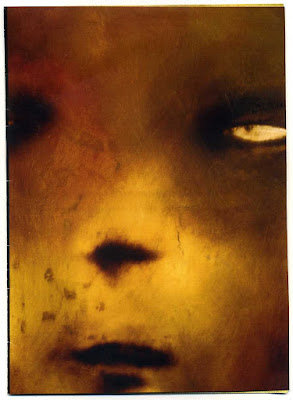 Ur were born in early 2005 as a collaboration between Federico Esposito and Mauro Sciaccaluga, both active in the italian hardcore circuit.
Federico was a member of Heartside and is also responsible of the industrial / power-electronics project Den LXV. Mauro was a member of Downright, Kafka and Never Was, and he is also collaborating with Den LXV.
Federico and Mauro were later joined by Andrea Ferraris (Burning Defeat, Permanent Scar, Onefineday, Deep End, One By One).
Ur made their live debut at the Afe-Party in November 2005. Their music is mostly based on free improvisation and its sonorities can't easily be described without referring to the well-known and wildest experiments of Industrial music of the late '70s / early '80s. 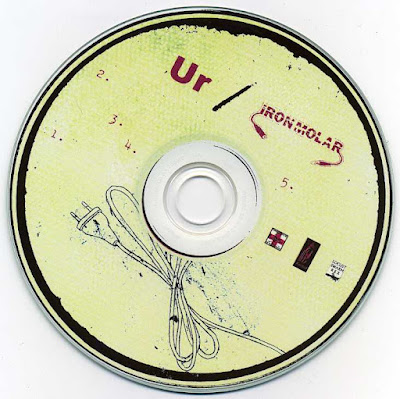 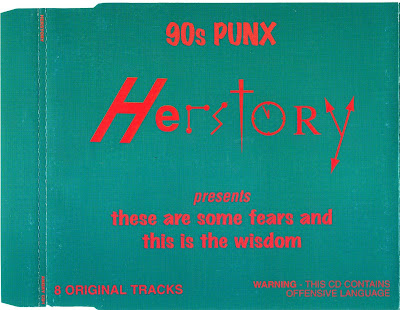 Another mystery CD here, and I can`t remember how it ended up in my collection. Internet doesn`t seem very helpful in getting info about it.

The music and lyrics are definitely anarcho-punk, reminding me of some classics coming from Crass records!  8 songs written by L.A. Whitfield yet no words about the musicians involved in this project, all the lyrics are listed in the folded cover sleeve, maybe this is all played by Whitfield with a programmed drum machine, there are a few words on the cover sleeve yet this cd remains in a cloud of mystery. Is anybody out there with more info about it, this label and more?? Enjoy it. 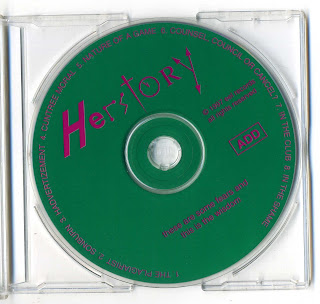 Labels: 1997, anarcho punk, eel records, herstory, these are some fears and this is the wisdom, uk 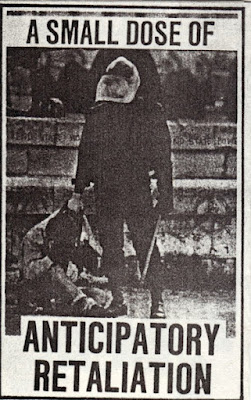 4 Thousand Million was an anarcho-punk band from Camberra (Australia) active in the 80s ,their music reminds me some stuff of the peace punk bands  from  Crass Records in the UK. 4 Minute Warning Tape was a small tape label that seems to be associated to this band.Enjoy it.

[from j-card:]
"Recorded live at the 'Rage Against Roxby' benefit dance in Canberra, August 1984. Mixed at Community Radio 2XX in November."
"All words and music ©1984 4 Thousand Million."
Posted by faraway at 16:19 No comments: 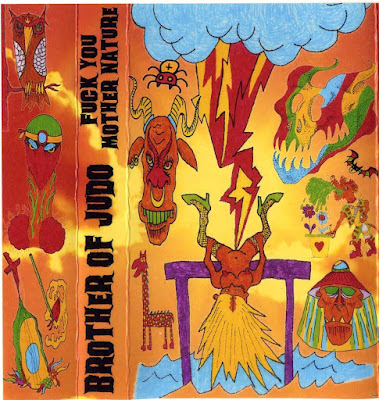 Brother Of Judo is a noise project from Slovenia active since 2011, the year of his first tape, since then this artist is been releasing many productions (tapes,cd-rs, split mini cd-rs..)! The mind after it is Nejc, who is also the mastermind of  Debila Records. This label is been active since 1995 when Nejc founded it with the help of  his friend Veljko, who left the label around 2000. 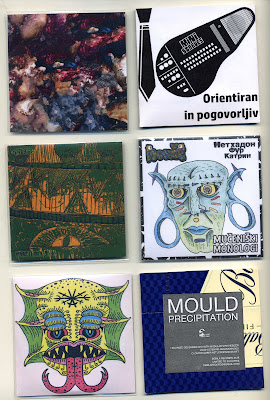 After swapping a few emails with him I can say that his attitude is really old school, he runs his label for pure love and he prefers exchanging productions rather than selling them, just like the good old days. Eventually, a very big THANX to Nejc for giving me permission to post this tape and passing me all the info about Debila Recs included in this post! Enjoy it. 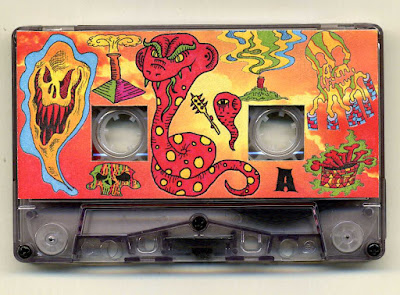 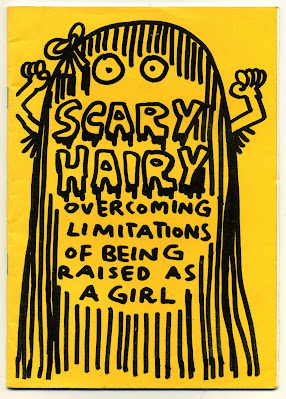 This is a zine about feminists and body hair, the stereotypes that come with feminism and other people’s stories. It is supposed to be seen by all sorts of people, feminists and not feminists; it is targeted at people to inform them.

I am not sure how positive the message is. To me the writer/illustrator of this zine seems really pissed off and has approached to zine in quite an aggressive way. For it to be fully understood this zine needs to be read first hand. 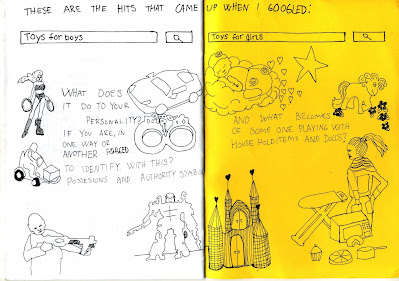 They are communicating what feminism is and issues and stereotypes that surround it. It has been communicated through passages of text together; this makes it easy to read and fun at the same time. Gender stereotypes have also been broached showing the difference between boys and girls and how they are put in boxes as soon as they are born.(review from Critical Journal)     click me 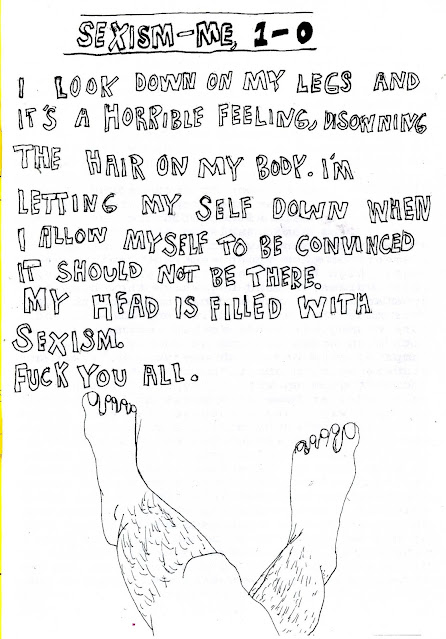 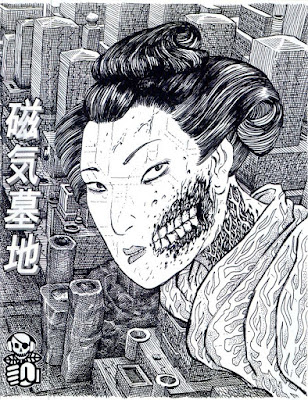 Fantastic compilation of old Japanese HC Punk bands active on the end of the 80s  and early 90s. Many obscure acts yet great music, the quality of the various recordings changes from excellent to mediocre but overall is pretty good. The folded cover sleeve reports info and some pics. If you are into old school HC punk, get this, you`ll love it. 22 Bands, 37 Songs, on a C70. 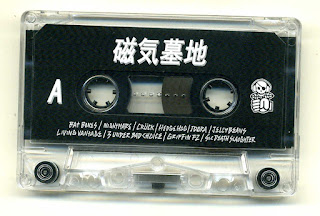 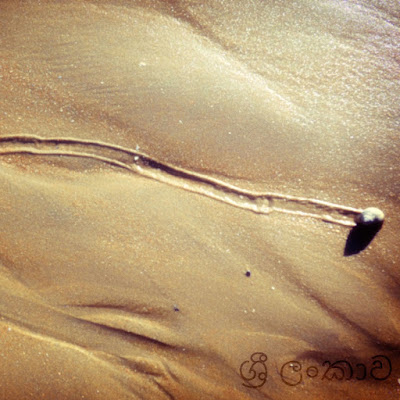 A compilation dedicated to the Sri Lankan people, all benefits will be given to Raise Sri Lanka, an organisation that collects money in order to supply medicines to those in need.

Sri Lanka is one more country that faces a huge crisis due to political, economic and agronomic mismanagement and corruption.
For the first time in its history, the country is facing famine. This is not due to climate change and bad weather conditions but to corrupted politicians whose noble ambition to entirely ban pesticides was implemented from one day to another without prior knowledge of the dreadful consequences of such badly planned action.
A switch to organic agriculture is important but it is obvious that such change should be done slowly and carefully. There is no need to be a genius to understand that organic agriculture produces less than the current agricultural model, especially if farmers have not been taught how to deal with organic farming.

History has showed us what kind of disaster politicians with little understanding of agriculture and land management can trigger, even when they come from a farmer family (I think about Chinese leader Mao Zedong and its attempt to eradicate sparrows that led to a booming locust population that ate everything in its path, therefore, grain production in most rural areas collapsed and a massive famine began but I also think about the Khmer Rouge policies in Cambodia that had foreseeable and avoidable consequence and that despite the regime’s leaders awareness of their catastrophic effects continued to be strictly enforce and led to a famine too).

In the Khmer language, two words exist to define "famine", one is "turaphik" (when starvation is due to natural causes), the other one is "bong-ot", that implies human causality.

Gotabaya Rajapaksa and his clan brought an entire nation to its knees by misguided ambitions that are unfortunately leading to "bong-ot".

Money will be sent to this campaign :
www.gofundme.com/f/h9sax-help-sri-lanka-with-medical-needs

PS : Check the PDF for artists' biographies and links.

Thanks to all artists who contributed to this project.

Compiled and mastered by C-drík Fermont at Syrphe.
Photo and design : C-drík Fermont.
Catalogue number : Sdig012       click me
Posted by faraway at 02:11 No comments: