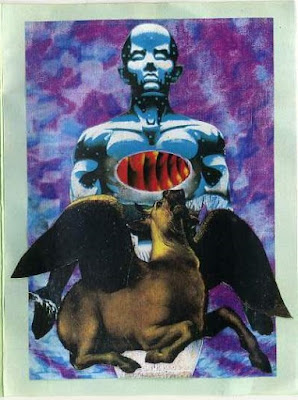 Last release of this amazing project by Guglielmo Lanzilli: owner and founder of the tape label Biotope Art Organization, active in the 90s in Italy and then in UK.

I have already posted 4 great productions by Disumana Res here you`ll find Possession and Trance + The Gorgon and Deconstructed Fields here the very first tape Paroxismus.
Also in this tape we`ll be transported in a world made of Zone Terrors and Torture Chambers.It came out as limited edition of 100 handnumbered copies.Astonishing sound-sculptures mixing dark ambient and death industrial.
EE tapes is a label covered in this blog many times now,Here a very interesting interview with the mastermind of this superb label Eriek Van Havere.Eriek is still active and  you can check his cool webpage here.
Enjoy it.
~f*a~r^a*w~a^y~
click me 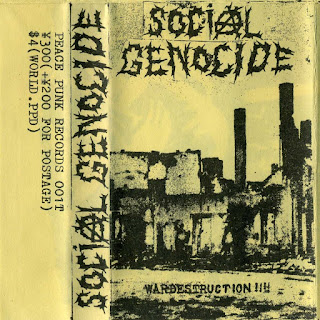 Social Genocide was an Austrian crust punk band active in the 90s.This tape has 15 tracks recorded in  a live gig and a rehearsal session,the recording is pretty good and the cover sleeve reports info+lyrics.
Peace Punk records was a small Japanese punk label  releasing  7inches and tapes.It is no longer active.
To complete this post I am attaching here a slide-show from youtube about their 7 inch On the Brink of Destruction
released by the same Japanese label in 1995.
Enjoy it.
~f*a~r*a~w*a~y*
click me
Posted by faraway at 11:58 No comments: 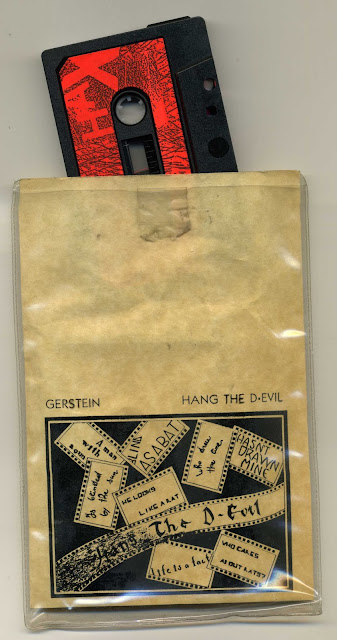 Gerstein is the personal project of  Maurizio Pustianaz Italian producer and music journalist also involved in those projects:A New Life, Dr Cancer, Infektion Prod., Noisebrigade.
Active from 1984 with the name Gerstein and from 1999 as NoiseBrigade.He is been active in the world of the underground press with his borther Marco founding the great zine called Snowdonia  and then worked for few italian magazines before creating with  Marc Urselli the very good webzine:Chain D.L.K.
Here is official webpage. 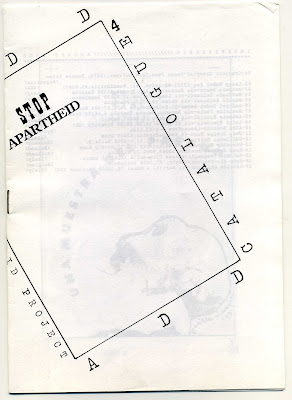 In this small zine lots of nice art-works about the subject. 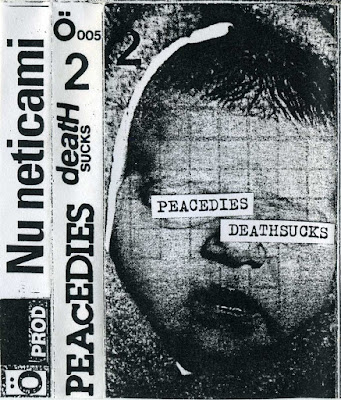 Long compilation of grind/crust punk bands!It covers lots of different countries and came out with a cover sleeve including bands addresses and songtitles.

Compiled by Edgars Embergs,onwer of this latvian label,it came out in 1995 and I guess it is quite rare nowadays.
It will make happy all  the lovers of a certain obscure international punk
scene.
Enjoy it.
~f*a~r^a*w^a*y^
click me 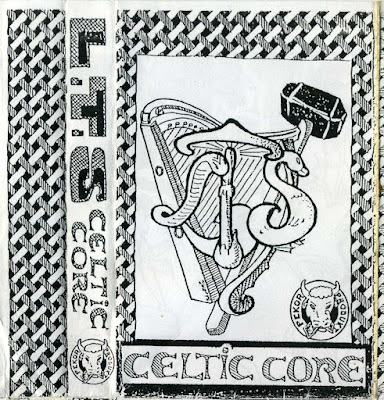 L.T.S. or Long Term Survivors is a celtic punk band from France.They combine the heritage of traditional celtic folk (banjo & flute) and add their own blend of dancable punk (drum- machine and heavy rhytmic guitar (SG!)). This band has drawn the attention of many people in the european punk & squatters scene. They are DIY, sincere and talented.They live up in the mountains in South of France, growing their own vegs.They are active since the mid 90s and have released 2 cassettes on Pekor Produkt ,a small french label.Also a cd came out on the belgian label Nabate.

I spoke already about them when I posted the self released tape called simply Long Term Survivors. An internet page about them is here where you`ll find some info,graphix works and free downloads too.
This is instead my original rip of the amazing tape Celtic Core.
Enjoy it.
~f*a~r^a~w^a~y^
click me
Posted by faraway at 11:53 No comments: 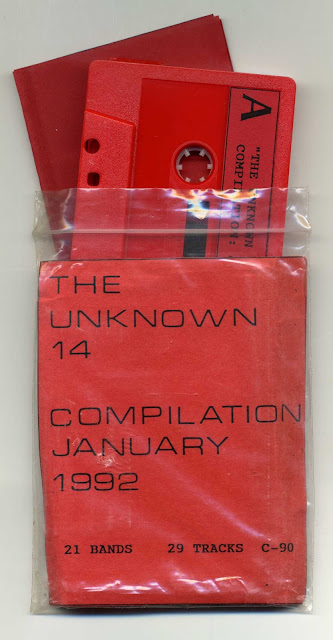 Number 14 of this amazing compilation series called The Unknown,each issue was coming in a different colour and an insert with track list and band addresses.Lots of bands  playing  punk,rock and new wave.

Rain Tapes was an indipendent cassette label from the U.K., run by Julian Smyth.
Enjoy it.
^f*a~r^a~w*a^y~
click me
Posted by faraway at 09:52 No comments: 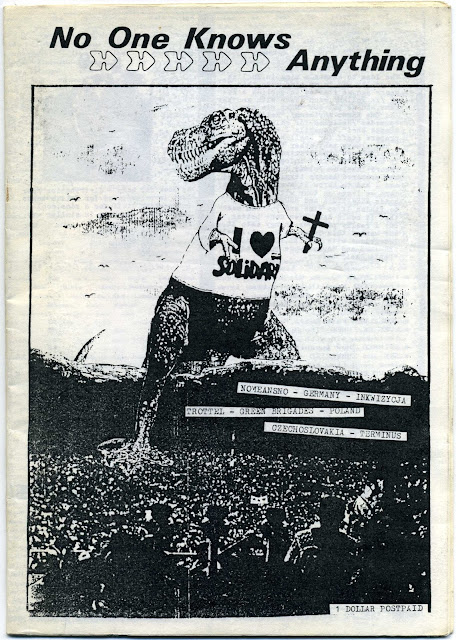 No One Knows Anything is the fanzine (this issue in english) made by Michal Hazabura.He was running a distro and a label that became big in the coming years.The label is in fact the polish punk Nikt Nic Nie Wie label started in 1989 with the motto "podkładamy nogi tym, którzy nie chcą o nas słyszeć". ("We are sticking our legs out for those who do not want to hear about us to trip over.") Activities include distribution, organizing concerts, promotion of culture and independent music. Some of their releases include: Włochaty,[3] Oi Polloi,[4] Odszukać listopad,[5] Už Jsme Doma,[6] Apatia,[7] Chumbawumba, Crass. The first record issued by the label was Na Własne Podobieństwo by punk rock band Inkwizycja, making it the very first independent record release in Poland.(from Wikipedia).Here their official webpage.
In this  nice and well done issue  you`ll find interesting interviews to NoMeansNo,Trottel,inkurizycja,Terminus +Czecho -Slovakia report,Green Brigades Ecological paper,Polish punk report.
A very good fanzine to research the vibrant punk scene of the late 80s.
Enjoy it.
~f*a~r*a~w*a~y*
click me 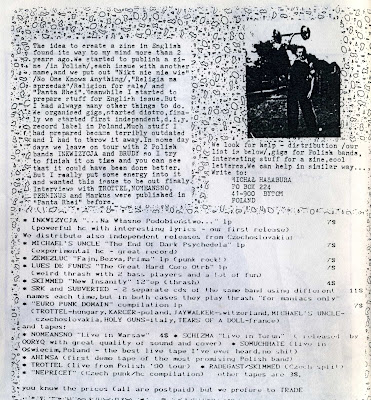 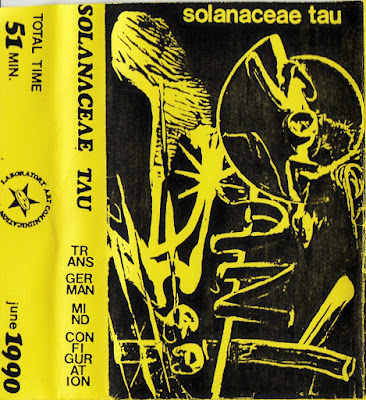 Here another amazing tape work by the mighty Solanaceae Tau  an independent dark wave / neo-folk project from Frankfurt am main in Germany.

Solanaceae Tau was founded in the early 80ties and  made a lot of  releases in the tape industrial and gothic scene in Germany, Holland, France, Italy, UK and after the departure of their female vocalist they etablished (after a break) in a  new personal structure with the same project`s name in 1998. The musical base is inspirated to the dark wave music from the eighties:psychedelic and EBM  with some of the neo folk / gothic music of today mixed with collages and tapeworks.
The project members are Jason Fretz (guitar) Nicci Harrington (vocals ) and Axaxaxs ( synkussion, keyboards, tapes ).They compose and produce their music in their own small studio with reel tape machines, computers  and virtual and real instruments.(info taken from Soundclick).
Enjoy it.
¬f>a>r¬a>w>a¬y>
click me
Posted by faraway at 13:10 No comments: 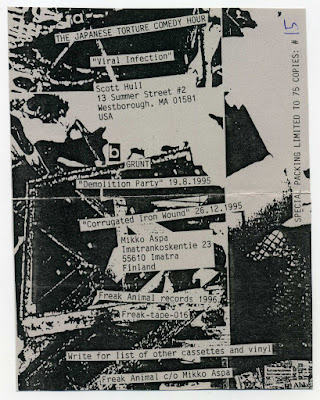 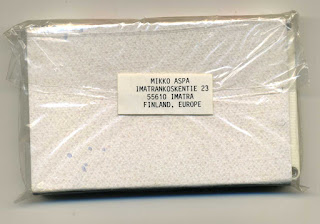 Since early days, Grunt has been merely part of international power electronics-noise scene. There has never been desire to attract attention widely. There has never been attempts to be credible within academic noise circles, performance art or modern industrial culture. Nor promote it in media outside the core of noise-underground. However, neither there is clear desire to follow genre restrictions. When invitations have happened, Grunt has been featured in documentaries, newspaper articles, playing together with punk, metal and gothic bands as well as among performance art events.
Grunt is tightly connected to the vision of Freak Animal Records label and has also handful of other forms, what can be understood as projects of their own or simply branches slightly separated from the main project.(from his webpage)
This cassette came out in a limited edition of 75 hand numbered copies  wrapped in a piece of hard white wall-paper.
Enjoy it.
~f_a~r_a~w_a~y:
click me
Posted by faraway at 18:00 4 comments: 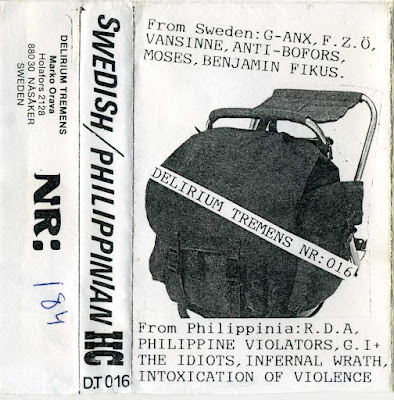 Delirium Tremens was a  small cassette label managed by Marko Orava in Sweden since 1985.I am not sure if it is still active,a discogs page about it is here.
Enjoy it.
~f(a*r¬a:w{a_y~
click me