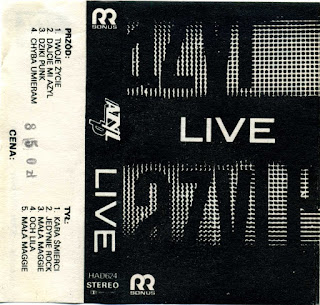 AZYL P was a Polish band playing hard rock and some sort of heavy blues-influenced music, they were active in the 80s, here their MySpace and a discogs page.