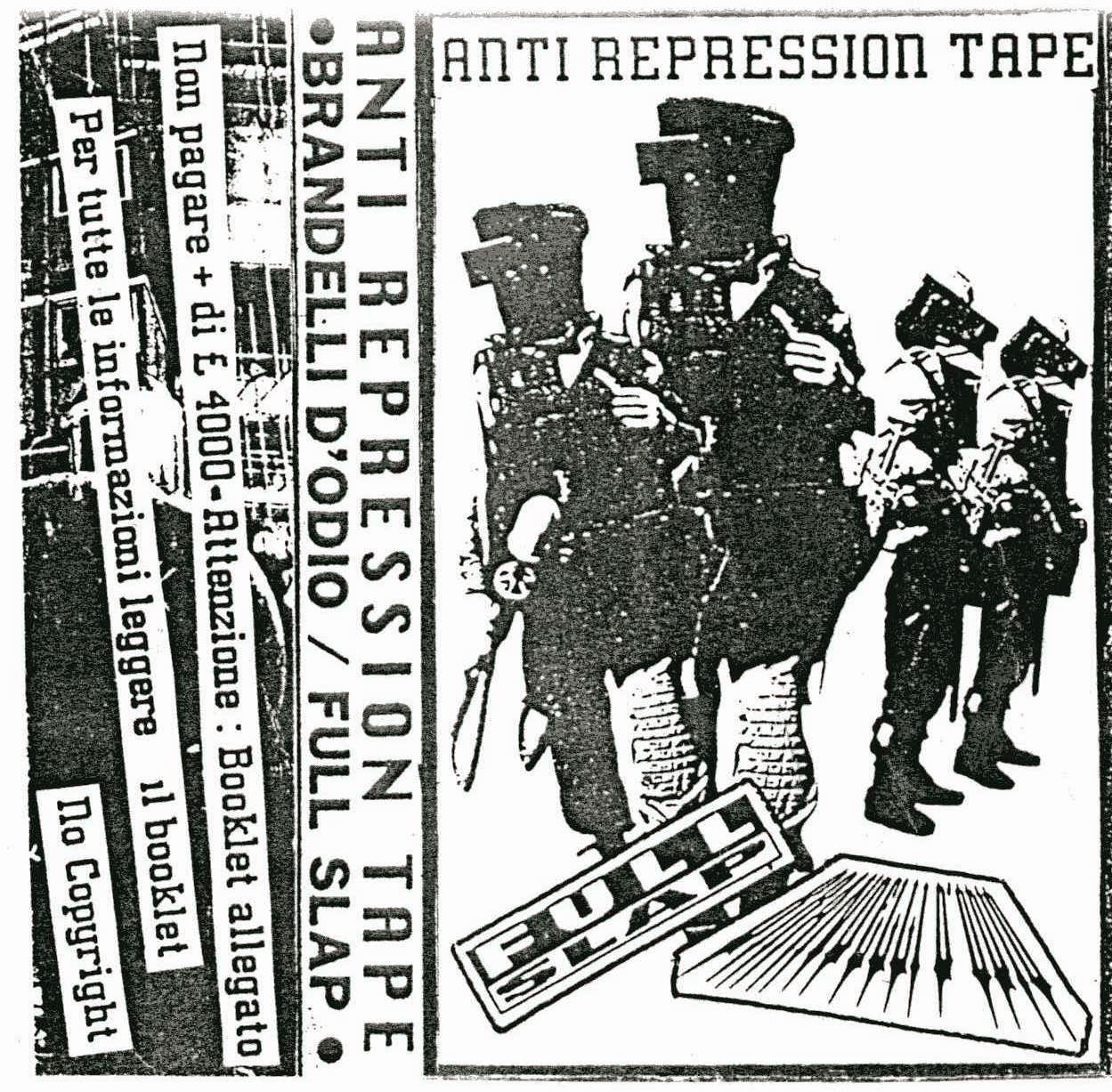 Split tape released by Piscina Okkupata (Swimming Pool Squat) active in Foggia(Southern Italy) in the beginning of the 90s.
2 bands coming from this squat and touring to raise up funds for legal expenses.I  wrote already about Brandelli D`Odio when I posted few videos and the double cd Sopravvivo ?. 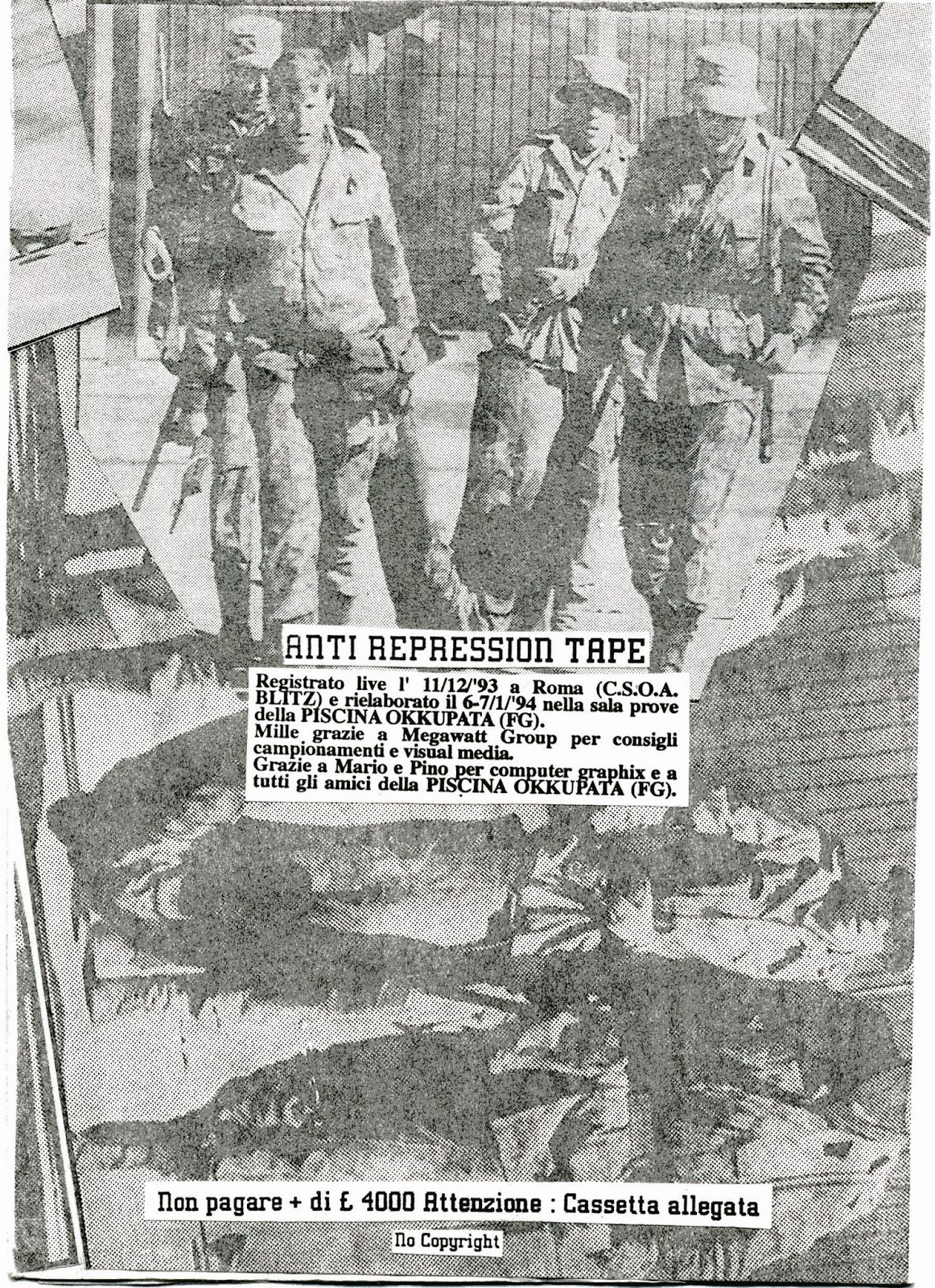 Full Slap were playing a kind of  crossover music touching the punk and the funky reminding me some stuff of the early Red Chilli Peppers,very good musicians,this is one of the first bands of Renzo Ruggiero who will,later,play with  Follorum Enslamble and Arkitesi.

This tape came out with a booklet containing leaflets about the squat and lyrics of the bands.
It was recorded at the The Blitz Squat in Rome:the recording  is not  always good.
I guess this is only for people into political messages rather than just music.
Enjoy it.
~f~a*r~a~w*a~y~
click me