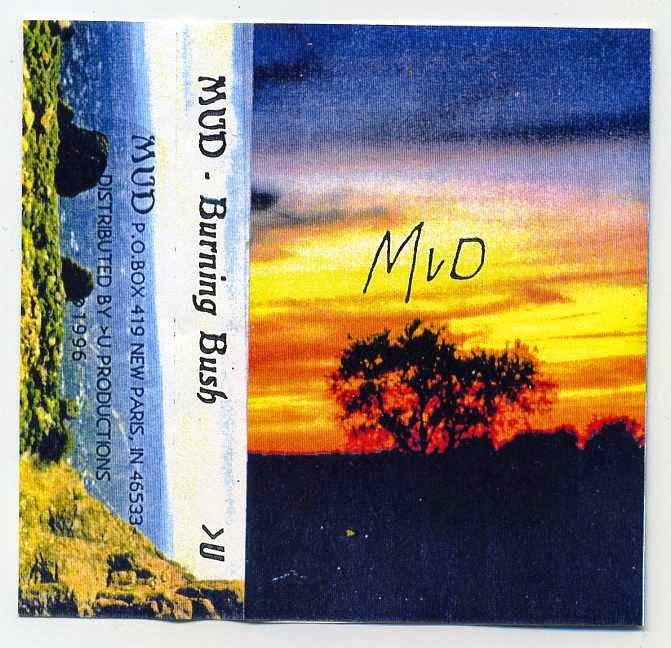 Here comes another unknown artist from the crypt of the 90s. Mud was a project hailing from the Usa formed by Traig Foltz (somehow involved in Yen Pox and Veil of Secrecy) and Steve Hall (maybe the same one involved in Ephiphany recs). This cassette has 3 tracks on each side. There is usage of ambient and field recordings in some songs, rhythmic layers of overdriven bass drums and machine-like sounds on others and/or nostalgic piano music/arabic guitar with vocal loops on some other tracks. It is all a mash up, but well done and somehow it has an underlying trancelike power. "All Compositions Made on Locations Made Famous By Their Aboundance Of Parapsychological Activity" this is a statement written by the musicians on the back of the cover-sleeve, it might help you to get a better idea of their music and what is behind it.
No idea how many copies were distributed by this >U productions,I think this is a very fine tape production and quite interesting both for the the ideas and the music. I believe that fans of certain drone/ambient/experimental electronic music will like it.

Music for rituals and pagan minds/movements.
*f^a*r^a*w^a*y^
click me
Posted by faraway at 17:38