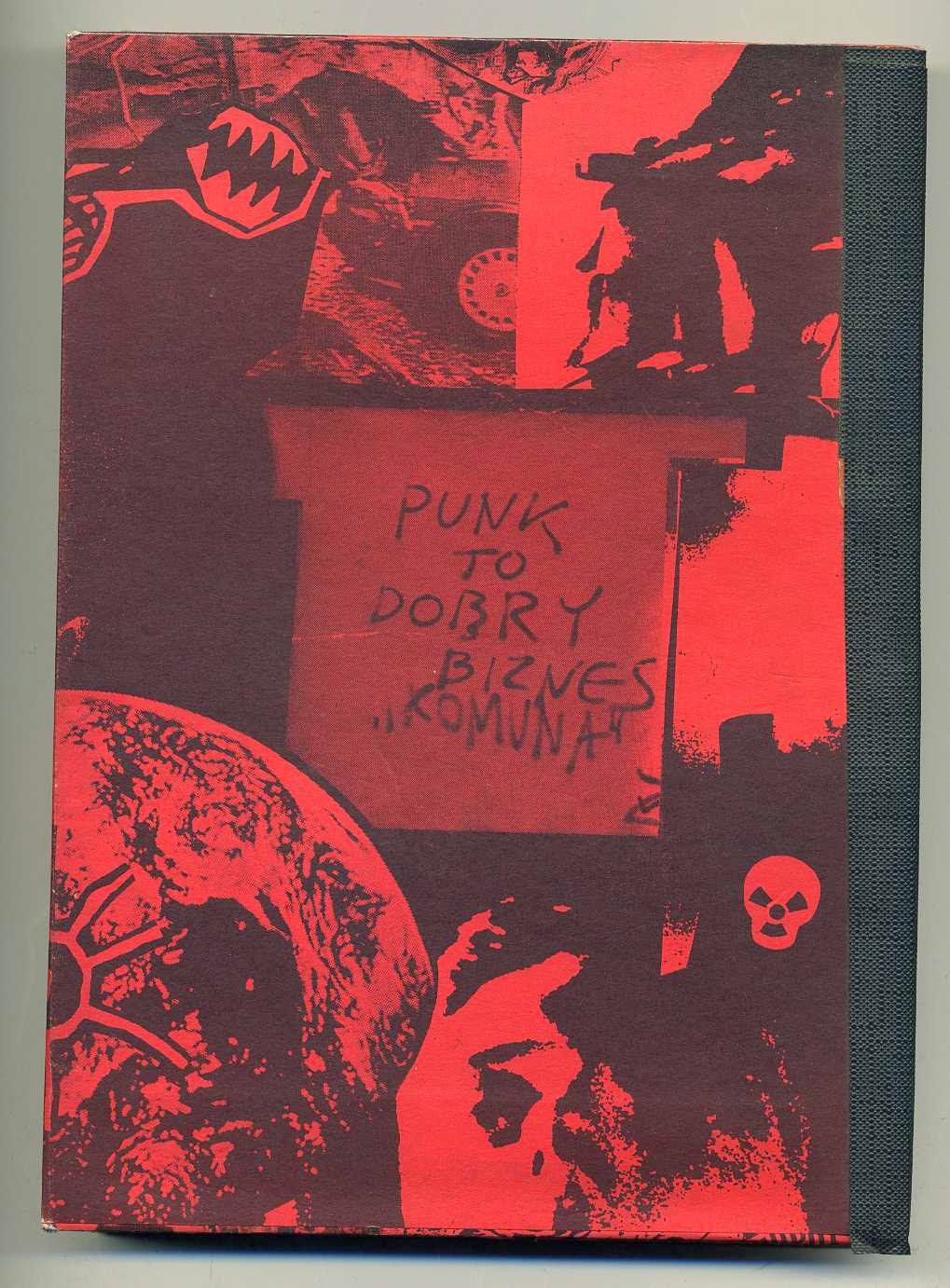 Another excellent release by Jaywalker, a band already covered in this blog when I posted the tapes "I told them my dreand and Free Energy thorugh...",this was the first band formed by Dietmar Gallhammer,I  wrote about him when I posted the tapes by Religious Overdose.
Jaywalker was founded in 1987 but were going through many line-up changes before the first LP was released in 1989. Urs Schwaller left sometime before the second Album "I Told Them My Dreams" - also on their own Aural Exciter imprint - was published. They toured more than working in the studio - mainly in east European countries where their uncomprimising sound and anarchist messages fell on open ears.
DD Gallhammer surfaced with another trio called Religious Overdose a few years later. 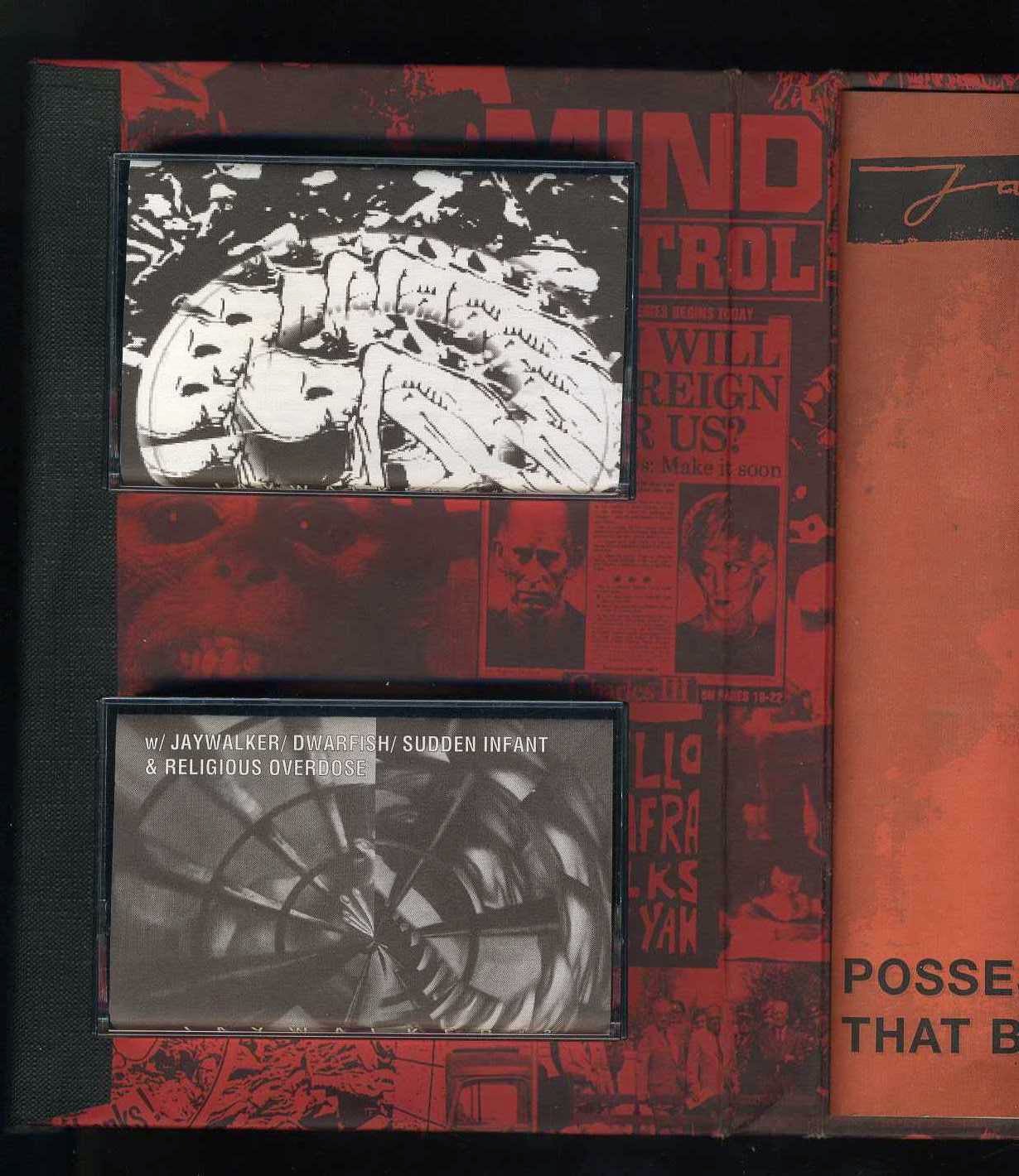 Aural Exiciter label was named after one of Jaywalker´s songs, Aural Exciter Records´ roots where those of the DIY spirit and anarchist ethics of the Punk and HC scene of the late 80s. Besides designing, booking, distributing and organizing everything themselves flyers and all artwork was printed at the daytime working place of founder Dietmar "Dee Dee" Gallhammer after office hours. It´s moniker was only used for releases he participated in.
This is a double cassette + booklet and it covers all the side projects and bands coming from the ashes of Jaywalker-it is an amazing production and it will make happy all the fans of creative music touching the noise rock  with a punk attitude.
I am attaching here the introduction from the booklet of this double tape-I can only suggest you all to read it,in fact it explains all their reasons very well!!A great production with excellent messages and music.
Enjoy it.
~f~a~r~a*w*a*y~
click me 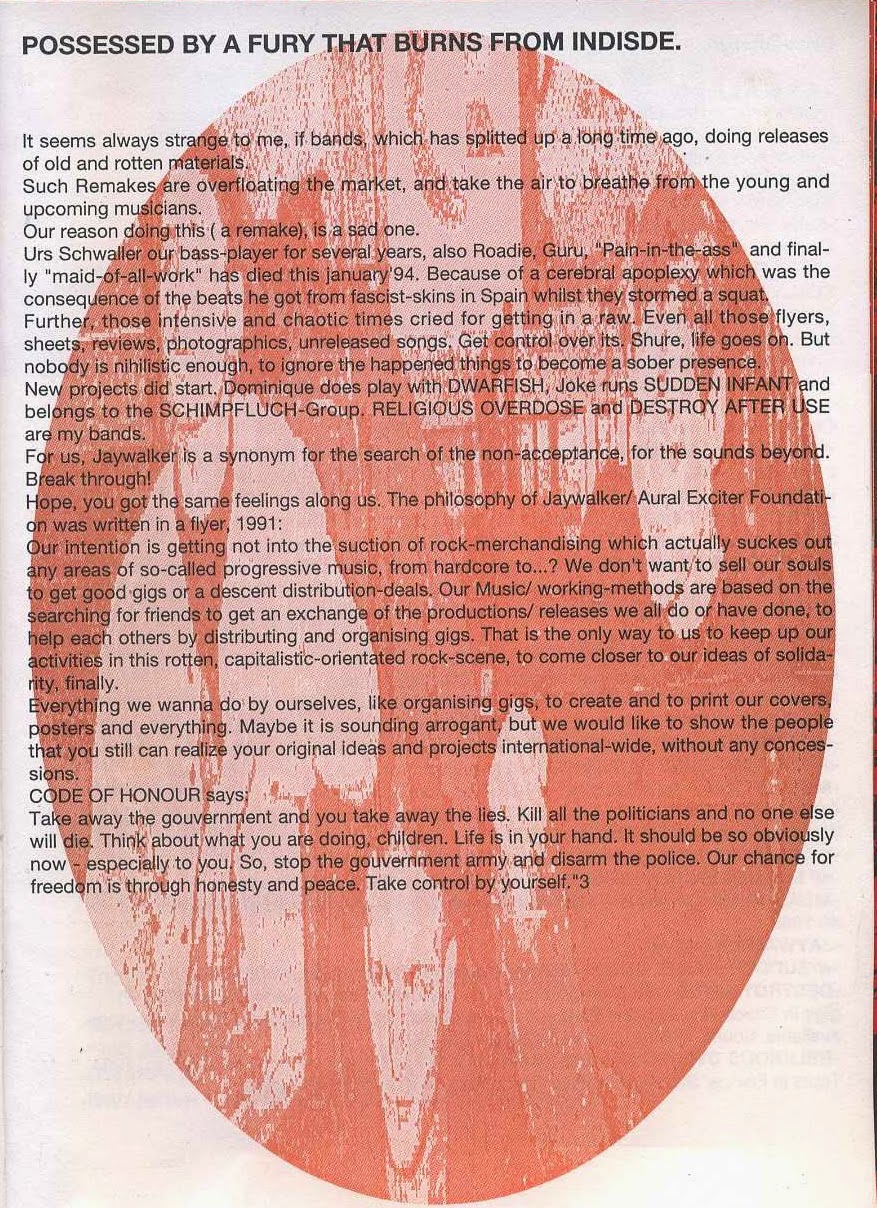