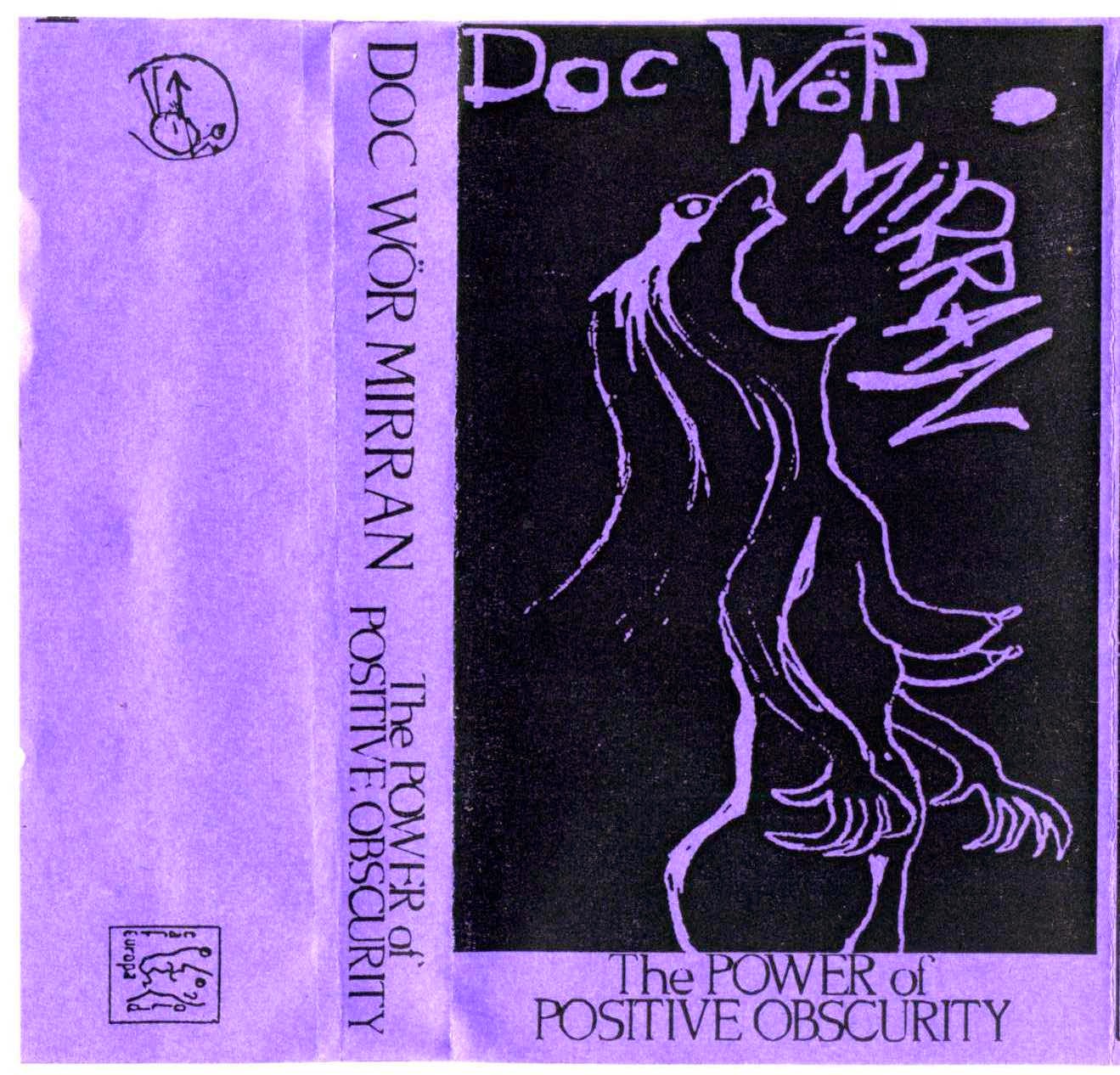 "The actual name "Doc Wör Mirran" was thought up by Bernard H. Worrick while he and Joseph B. Raimond lived together in San Francisco in 1982. But the real history of DWM begins when Bernard H. Worrick and Joseph B. Raimond both moved to Nürnberg Germany in 1985, where Joseph B. Raimond bought an analog 8-track recording studio and began to record what has since become a huge body of recorded work. The concept of DWM though from the very beginning was to combine music, graphic art, painting, sculpture, poetry and just about every other medium of art into one project. The open-membership policy of DWM is an important part of the DWM philosophy.In the early 1990's, Bernard H. Worrick moved to Florida, taking with him an important part of the group's identity. But DWM has continued onwards without Bernard. Bringing Bernard back to Germany and returning him to the DWM fold has become one of the goals of the group. Although rarely playing live, DWM is not averse to live concerts, although playing live is not one of the priorities of the group. Since the departure of Bernard, DWM has become especially interested in collaborative efforts with other artists, both recorded and live. Recent developments with DWM include the formation of a new label within MT Undertainment devoted exclusively to the recordings, literature and artwork by DWM and its various members"(from Discogs)
They  are still active and this is their official webpage where you can read about all their activities and other releases.
This cassette was released by Old Europa Cafe, Italian label specializing in ambient, noise, industrial, and power electronics since the late  1980s,managed by Rodolfo Protti and still very active,this their official website.
For people into concrete and experimental music.
~f~a~r~a~w~a~y~
click me