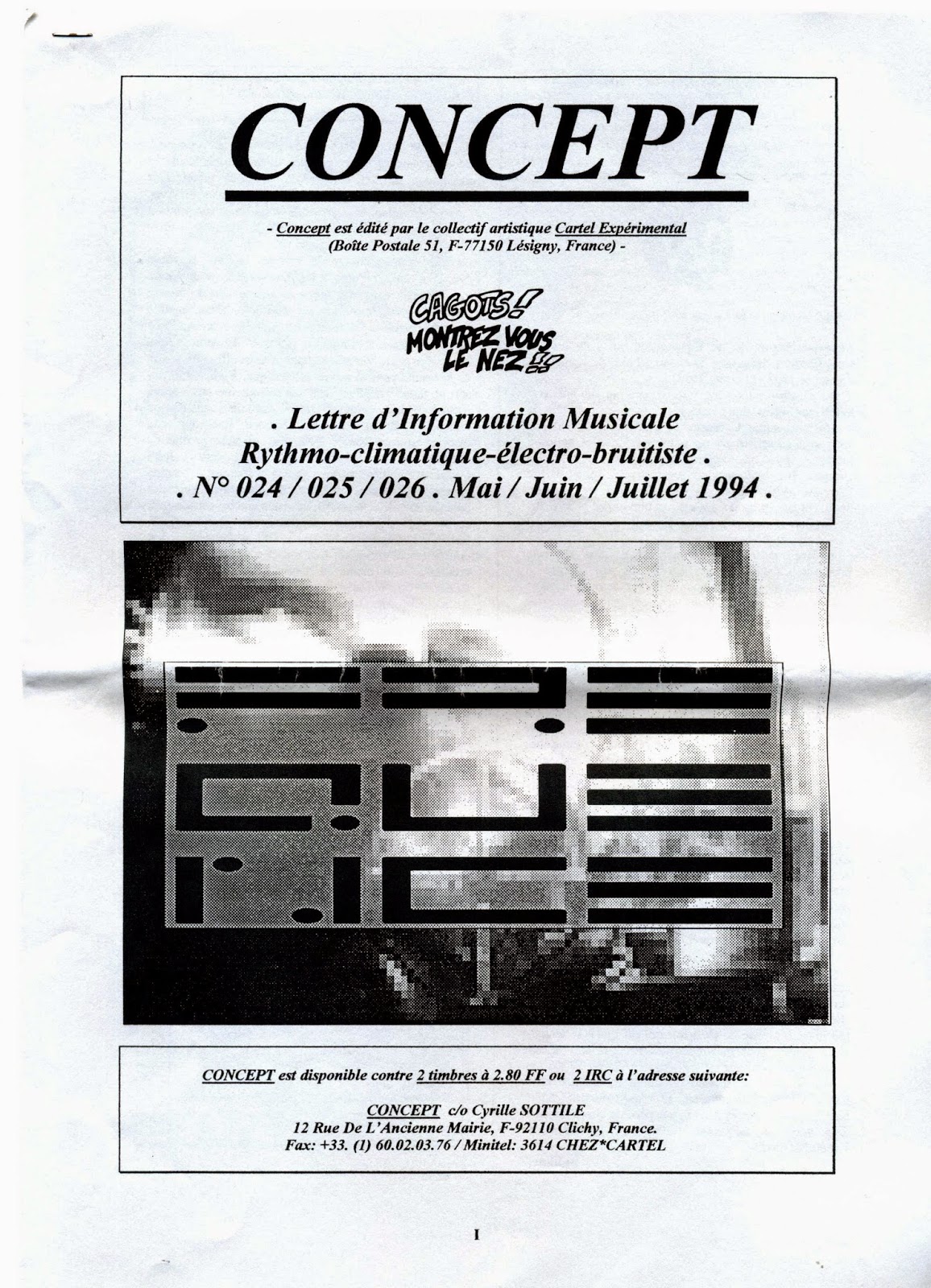 Concept was  a newsletter published and distributed every 3 months by the aristic collective Cartel Experimental,they were also
producing tapes of industrial and noise music with a special interest in the avant-garde and theatre`s soundtracks.
I posted here
the number I and II of their compilations called Mecanismes .

They had a long catalogue with their productions including bands like: Condominium,Le Manifest De L`Art Discret,G.P.U.,Retrocontrole. 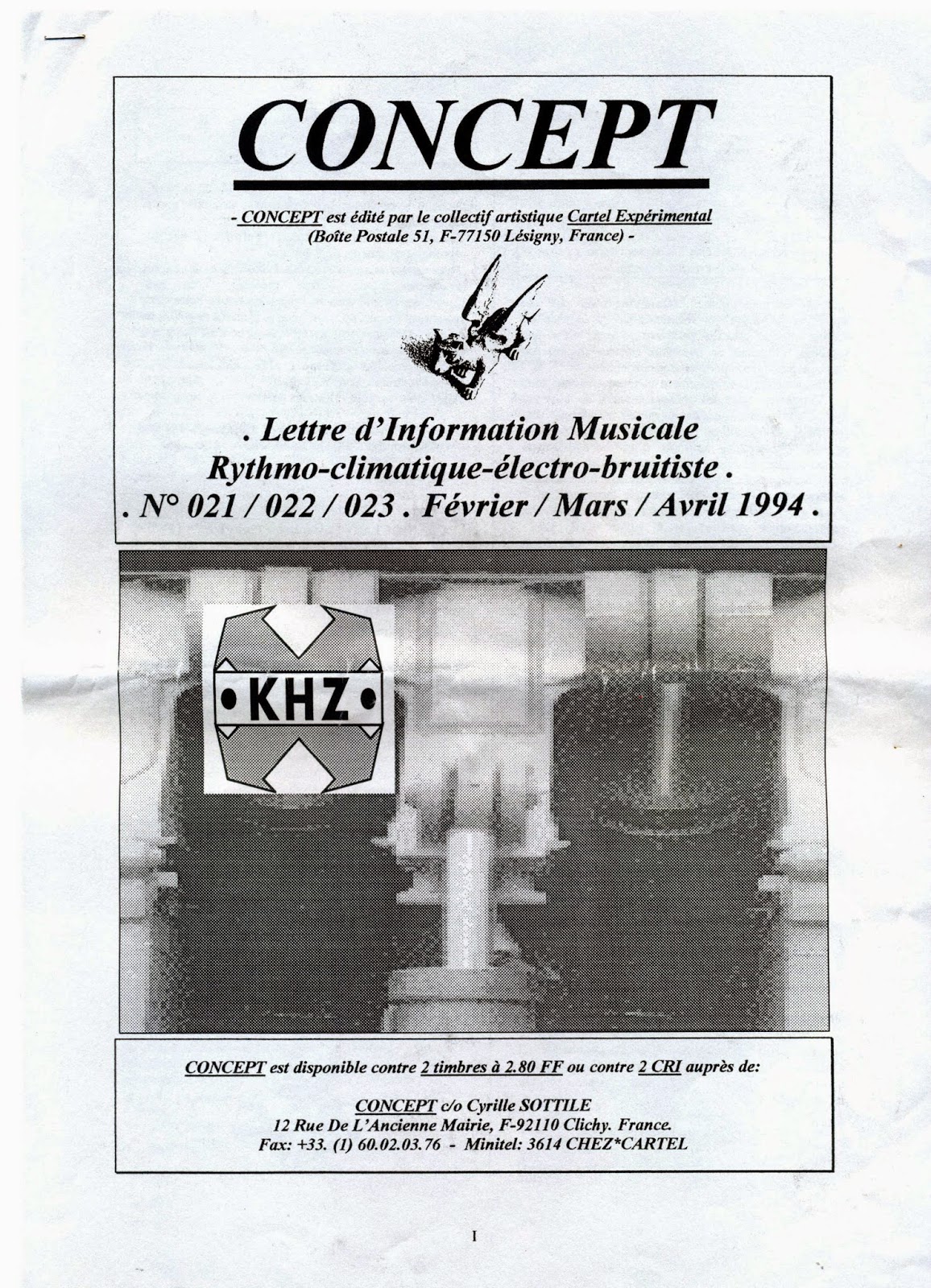 Those are 2  numbers of their newsletter and are packed up with info and reviews about cds and tapes  of the industrial and experimental scene of the early 90s.
Good tools for people into researching old informations about this scene.
Only in French language.
A redecouvrir.
+f*a^r+a^w*a+y^
concept may june...
concept feb march...
Posted by faraway at 14:41