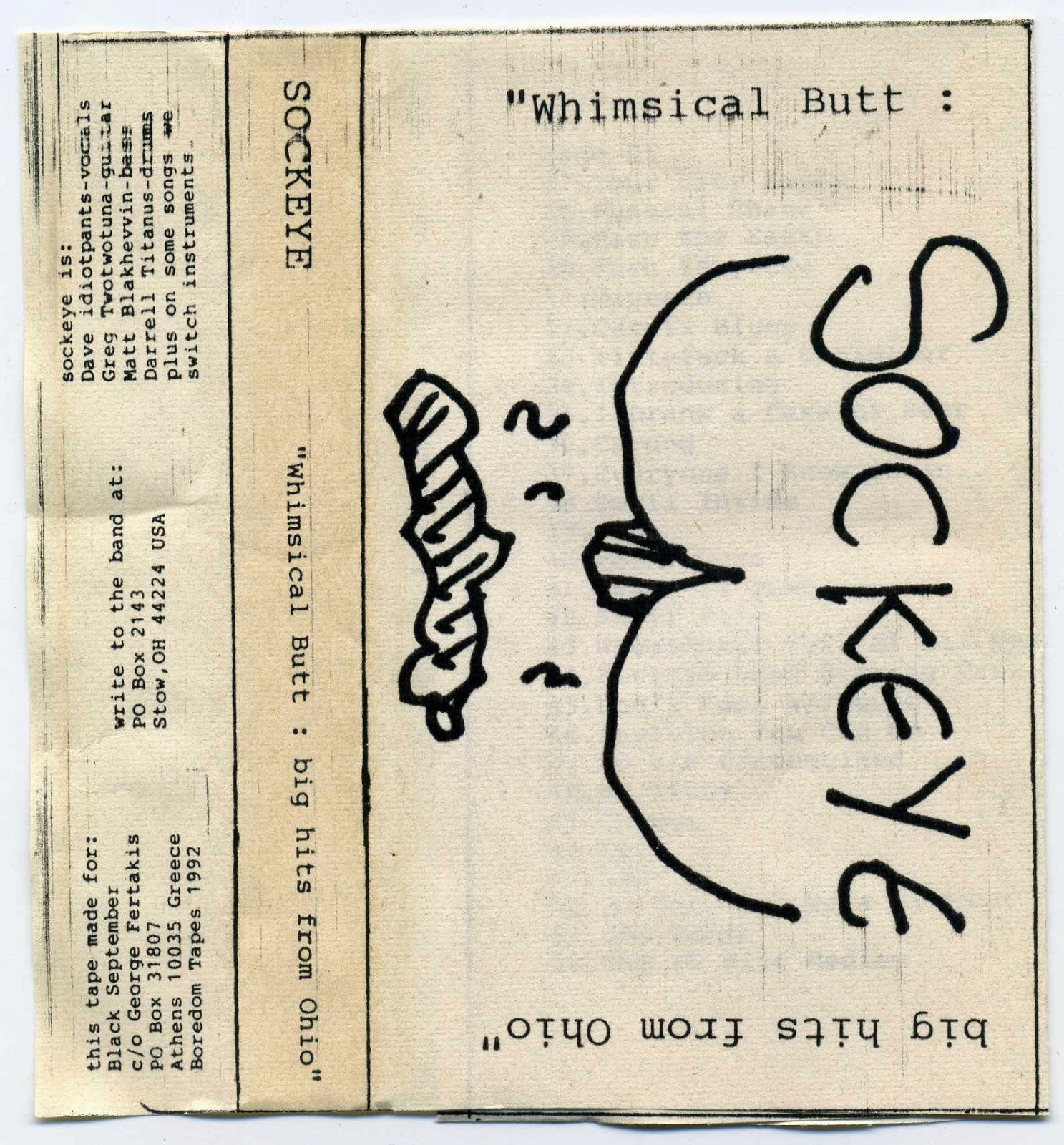 More than 50 songs on this demo by the American band Sockeye which was released in 1992 on the Greek label called Boredom Tapes.
Their music is a funny form of  lo-fi punk rock and there is a cover of "Do they own us a living " by Crass.