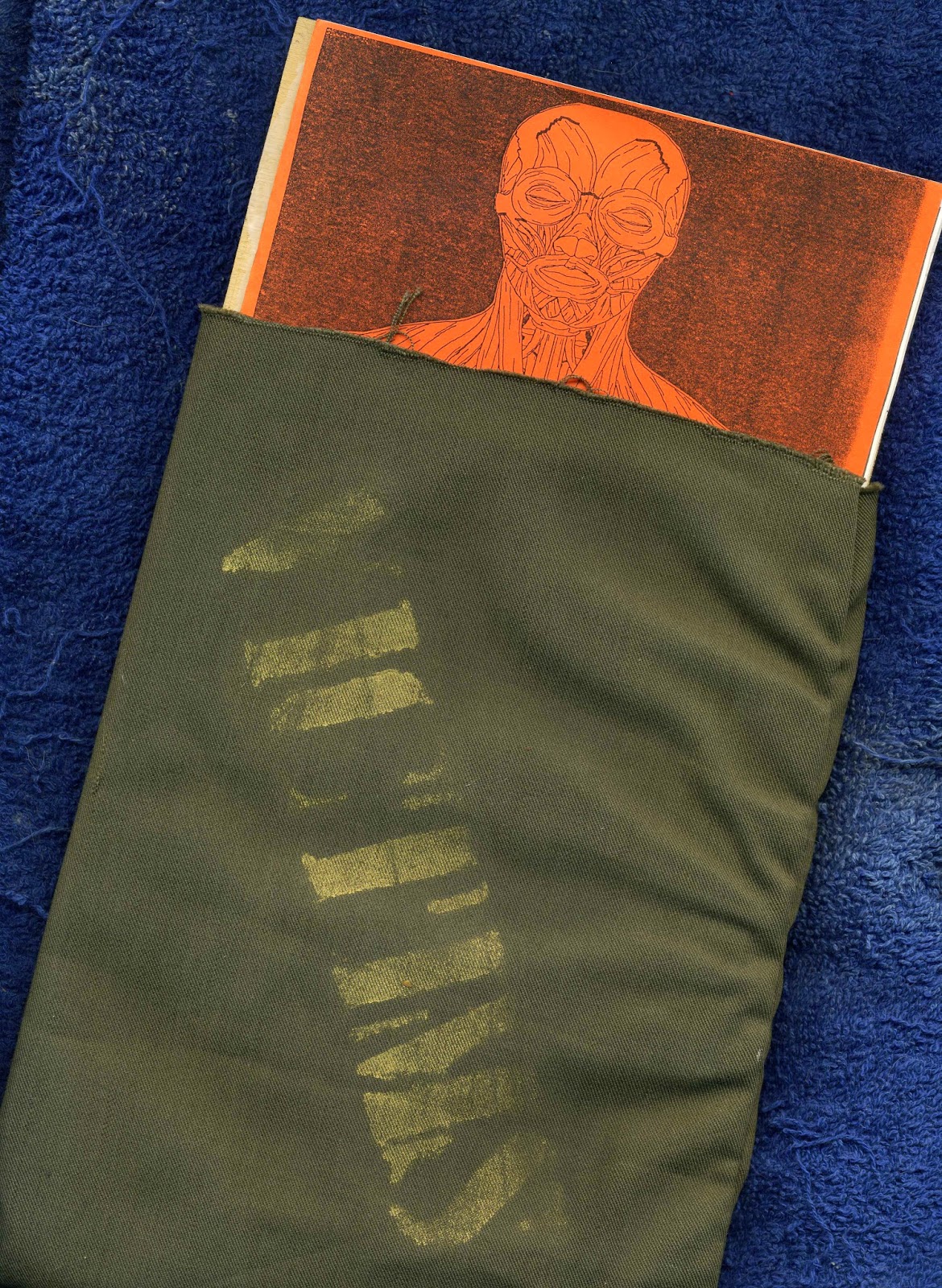 Victims is a double cassette+zine released by Tabula Rasa in 1995 with the help and support of Contaminated Productions.
The project was about the war in the ex-Yugoslavia happened in the early 90s.
The zine included  some letters from Yugoslavians friends of Contaminated Prods telling their experiences during the  war and few interesting articles about  the reality of that war.
The music is by Extreme Smoke 57 on one tape and the other tape is a compilation of Yugoslavian bands playing mostly grind core.
The package was very well done-the two tapes  glued on a piece of wood and then all attached to the fanzine-All was coming in a fabric folder  sprayed with a stencil.(pics here) All the articles and letters are in Italian,however in this folder I did included all the English translations,provided by my friend Babs,thanx a lot Babs.
As introduction to this very special tape production I think it is just easy and better to let you read what Contaminated Productions boss wrote to introduce this project at the time.
I guess Carlo of Tabula Rasa didn`t print many of these tapes and I know this is pretty rare now days.
Enjoy it and good reading too.
ps-these tapes are not indexed.


… It doesn’t seem easy to write the presentation of this double-tape because of all the things that have happened in these years, so I’ll try to go in order and explain the reasons of this revival occurred four years later.


In September 1991 I received these two tapes from MILAN DURIC (from Smeredevo) along with thirty numbered covers so that I could help him spread the work made by his friend, the then singer (or guitarist) with EXTREME SMOKE 57, in Italy. 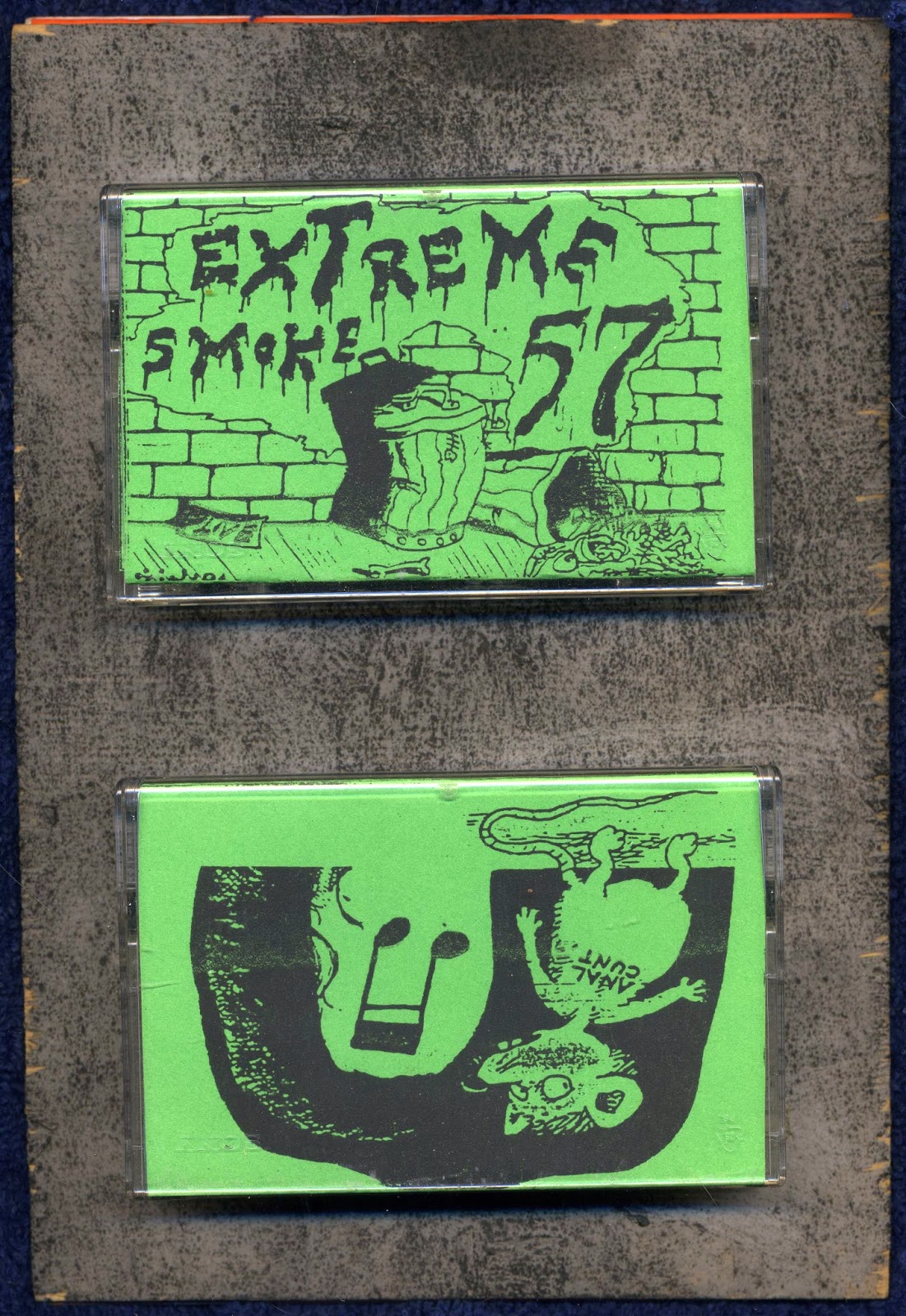 At the time I was regularly in touch with Milan as we used to exchange tapes and ideas. Then with his last letter (which came along with the two tapes and is published here), Milan warned me of the coming of the conflict and asked me not to forgive him should he die in that absurd war.


During the same period (1990-91) I established a strong and extensive correspondence with SASA MILUTINOVIC (from Sarajevo), and I still manage to exchange letters and messages with him thanks to
some Catholic humanitarian associations, which are currently providing for postal services in those areas of ex-Yugoslavia. 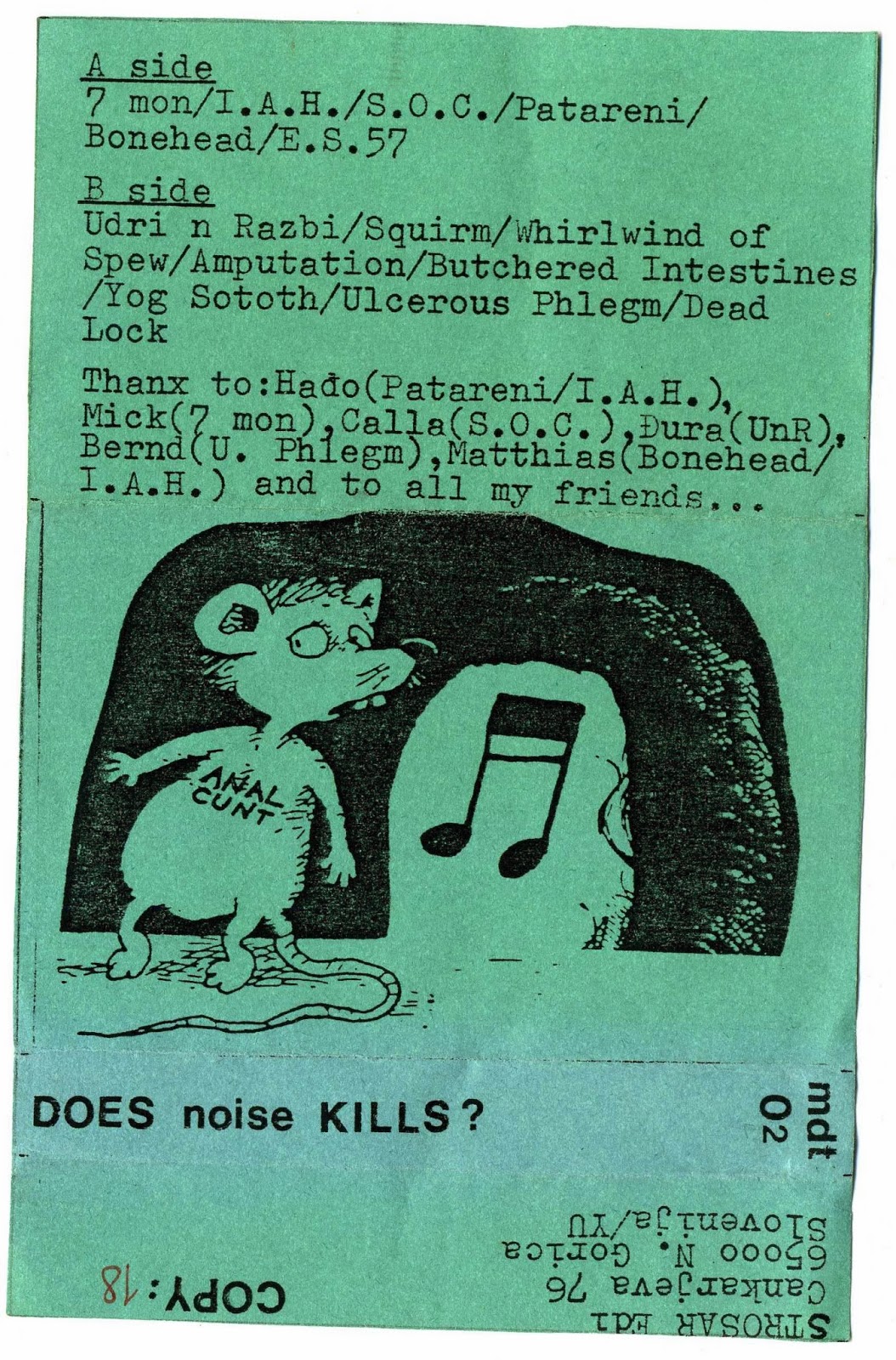 I wonder whether the two boys have ever met. However we decided to publish their letters for this reason: on the one hand Milan’s last letter which was never followed by any other (perhaps Milan died in the war, perhaps – as we hope – he managed to escape), on the other hand the many letters sent by Sasa, which depict the tragedy of the war, its fears and the horror which is going on a few kilometres away from us.


Their letters are a direct, simple and effective documentation of the war in Yugoslavia.

Two boys who before the war were interested in self-production, distribution, punk music … who are they now? What have they become?


We can have a hint from Sasa’s last letters but we don’t intend to play the sociologists or psychoanalysts. What we feel the urge to do now is to make known the work of these two boys who had so much in common with us.


Coming back to the music, when I received these two tapes I was a little bit puzzled. Indeed, some of the titles on the cover of Extreme Smoke 57 didn’t appeal much to me (see ‘Rape Your Sister or ‘Cicciolina’). The recording was not that good either. For these reasons, added to a series of coincidences occurred at that time in my life, I didn’t take care of spreading these tapes.


Today, in the light of the mistakes made in these years, I decided to pass this material on to Carlo of TABULA RASA!, and help him prepare this production, especially to get the chance to talk about my Yugoslavian friends and of this sad war.


If you bought this production only to listen to the bands you might be disappointed, but in this world there are many other things besides music… a word to the wise…