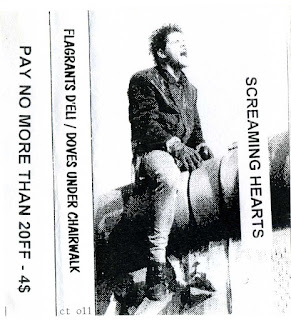 Flagrants D`Eli was an Anarcho punk band from Epernon, France formed in 1986.They released lots of stuff, here a discogs page dedicated to them.

Doves Under Chairwalk changed their name to DUC in the early 90s for two reasons: The circumstance that the band sang only German lyrics was one, but the main reason was that they have changed their guitarist. From then on, his influence was gone but the band refused to be the same band. So they did not want to change their name completely but worked on under the shortcut of their previous name: DUC.
Enjoy it.
ps-this rip is been revisited on 28jan 2016-it is much better now
~f~a~r*a*w~a~y~
click me
Posted by faraway at 15:04