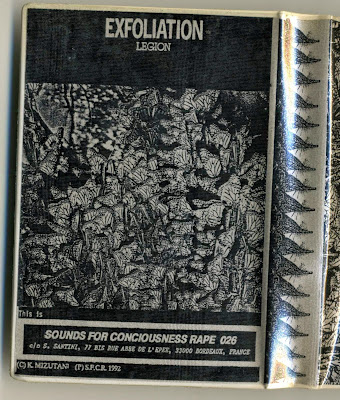 Legion is a name used by the Japanese artist Kiyoshi Mizutani,who is an ex member of the very famous Merzbow,playing since the early 80s and releasing  many tapes and cds on different labels as solo artists since the 1989.
His sound is characterized by usage of primitive electrical feedback and field recordings.Here a webpage with some pictures and discography about him.
Sounds For Consciousness Rape is a defunct French label active in the early '90s in the industrial/noise area and well-known for its limited edition releases. 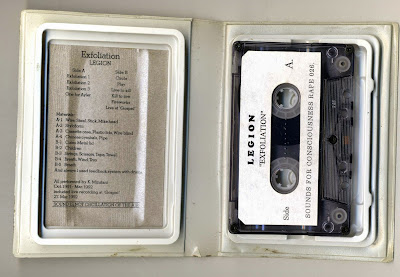