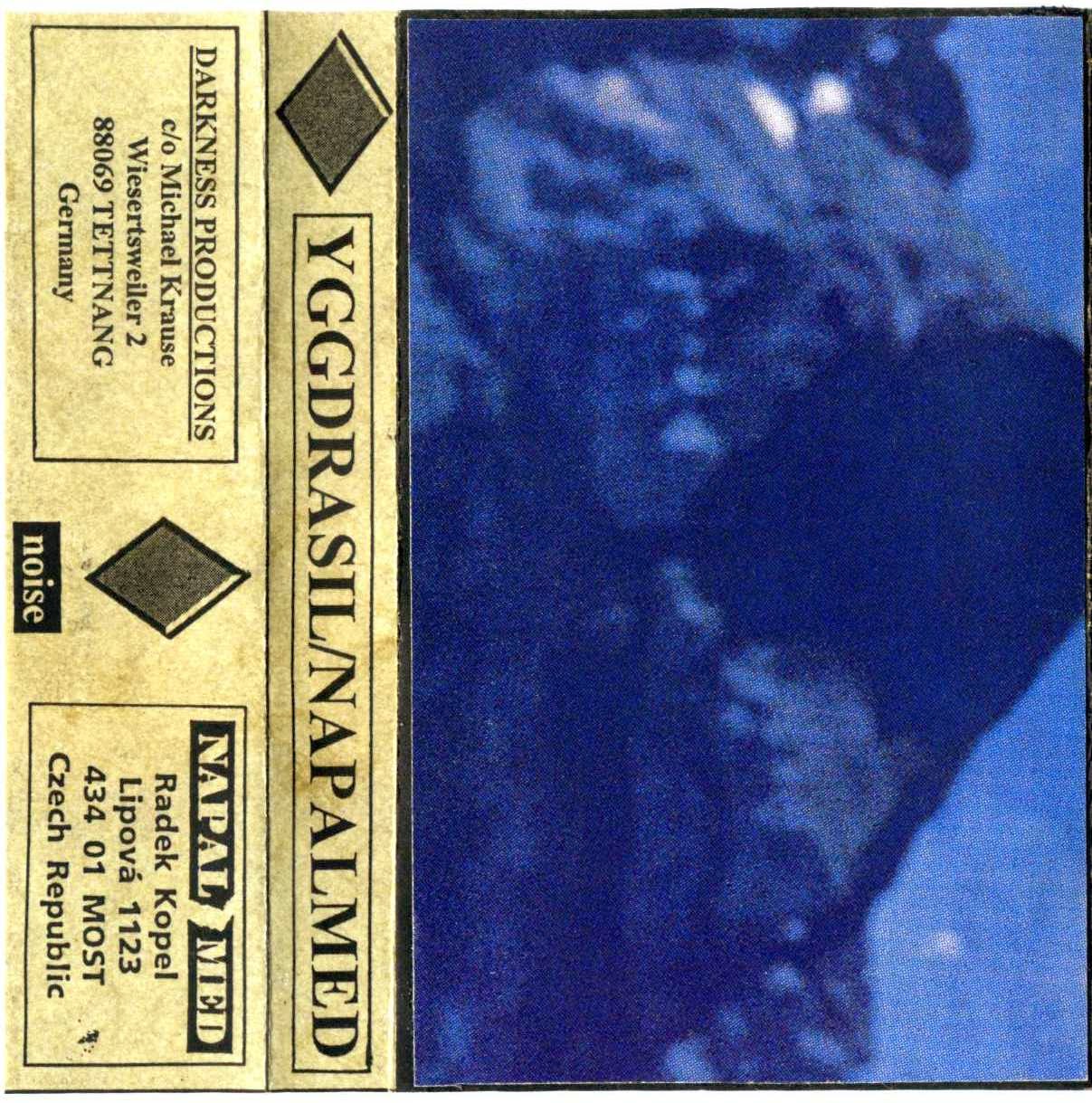 "Yggdrasil is Michael Krause also owner of  Darkness Productions label.
Napalmed was a Czech noise band from Most town (1994-2014).

The band started in June 18, 1994 at its first Live Performance in Kopisty u Mostu. Planned to create "noise", but play kind of impromptu noise-core with a drum kit, two bass guitars and voice. After short time they stopped using instruments and started to play only many different materials, equipments, garbage, junks and things, people didn't need (as like metals, woods, glass, plastics, papers), prepared electronix, various microphones, tape deck, pedal effectors, drum module, mini disc, samples, turntable, etc...
Band activity under name NAPALMED was stopped on January 2005, continues as NPLMD solo project, but in June 2006 band rises up again with a new line up. Of the previous formation only RadeK.K. remains.
MartiN.B. become new member, style was changed to XQX (Xtreme freaQency electroniX) as band uses mostly D.I.Y. synthesizers in combination with few metals. Of course all sounds are destroyed via load of effects. In some time PaveL.H. asks to be part of the band on metals.
Since March 2013, after MartiN.B.'s tragic death, group becomes solo unit again named Napalmex. PaveL.H. will help on studio recordings only, sometimes on live performances too, because of no free time.
June 18, 2014 group transformed itself to industrial noise cover band Eine Stunde Merzbauten."


Sites:napalmed.cz, bandzone.cz, Facebook, napalweb.unas.cz
(info taken  from discogs)
This tape came out in a limited edition of approximately 100 copies, each copy had a different cover with a coloured abstract picture.
Enjoy It.
~f~a^r/a^w~a*y~
click me 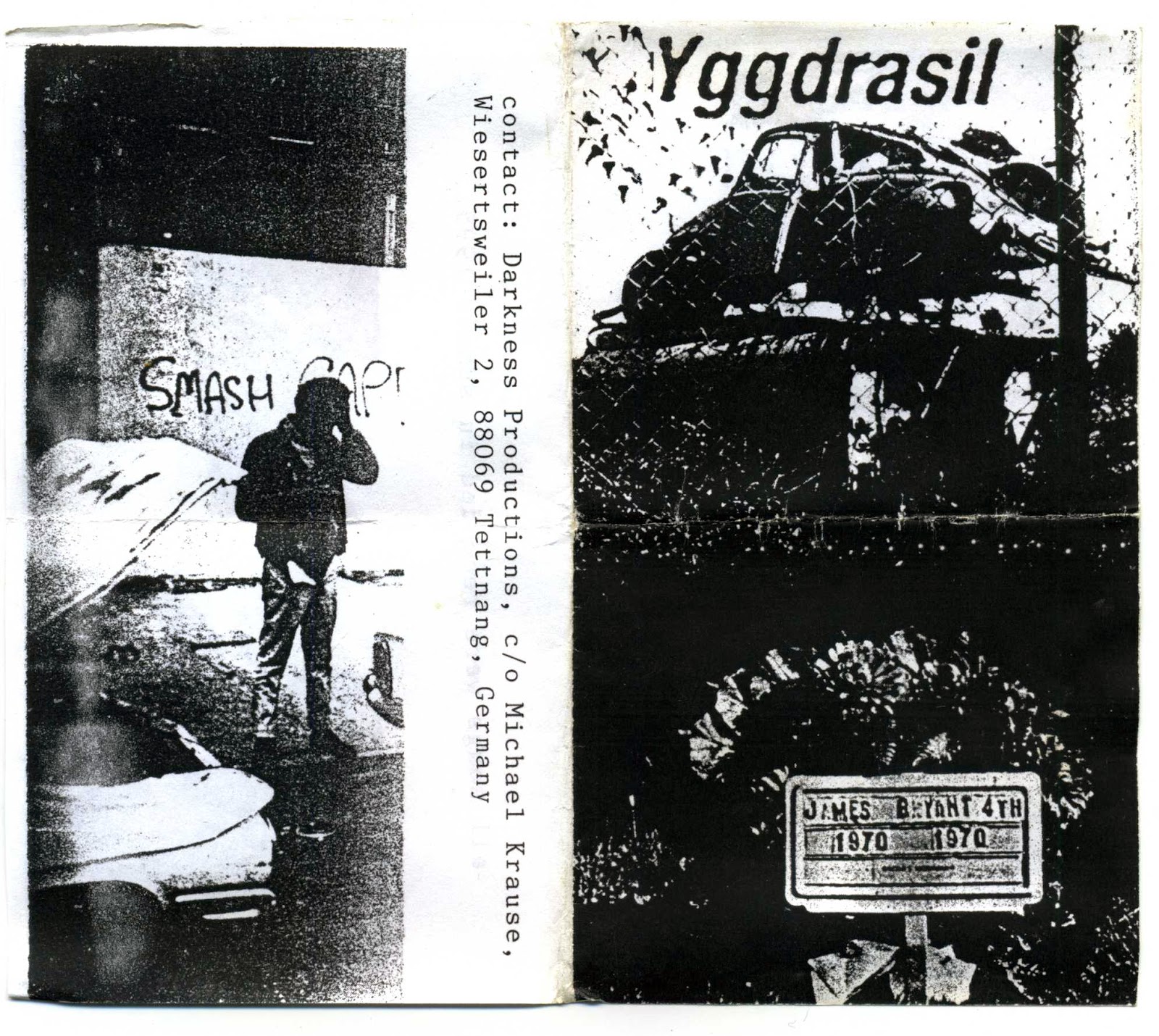