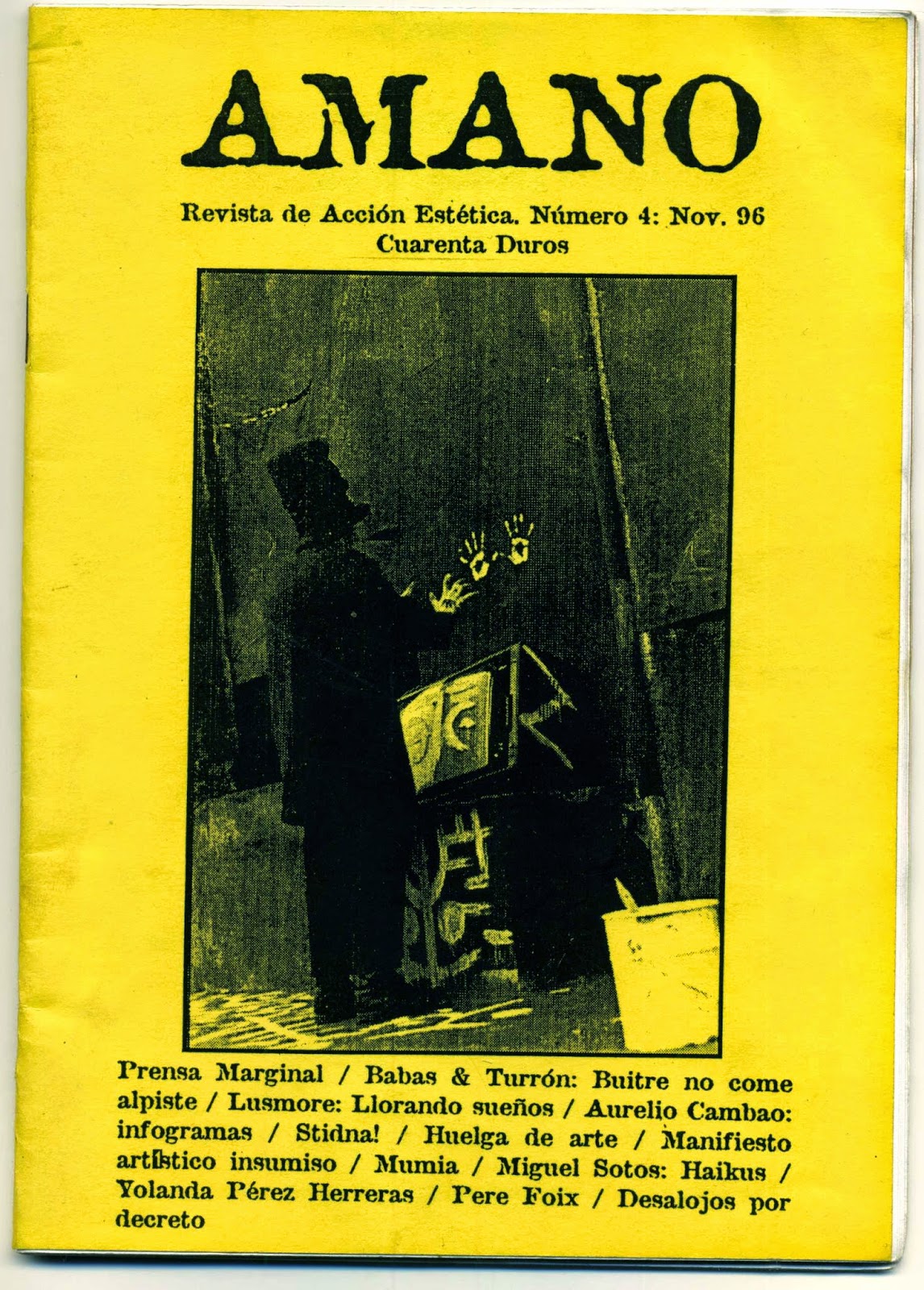 Amano was a magazine printed and distributed by Industrias Mikerpo in Madrid(Spain) during the 90s.
There are lots of internet pages about this "anti art network" and they have their own blog,go here to read their archive 1994-1999,their blog is very well done and give  us  lots of infos about their activities and ideas yet about this zine there is only the cover sleeve.This is the number 4 of Amano,one of their publication and it has very interesting articles and contacts+ includes Sign Zine,which was a visual art  zine dedicated to a different  artist on each number,on this one you`ll find art-works by Aurelio Cambao.
I am afraid all the webpages about it are in Spanish language and this zine too.
I`ve found a good introduction about Industrias Mikuerpo and I am going to attach it here yet it was translated using google translate,so it`s not the best,sorry.Any Spanish blogger out there providing links with good english translations??It will  be very appreciated.
~f~a~r~a~w~a~y~
click me