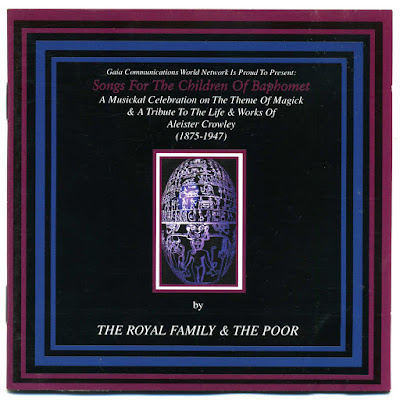 "Perhaps the most misunderstood band to record for Factory, The Royal Family and the Poor remain for many an (oc)cult enigma, releasing only four albums in two decades, and rarely performing live after 1984. In fact the oblique band moniker masks the identity of just one man, Mike Keane, whose chequered history is a complicated tale of perseverance in the face of adversity.
The first version of The Royal Family and the Poor formed in Liverpool in 1978, after Keane moved into a shared house in Toxteth with Arthur McDonald, an art graduate with an enduring interest in the avant garde and Situationism. I was about 18 at the time,' recalled Mike, 'and Arthur was a bit older than me, about 28. I was already pretty aware but he sort of introduced me to a lot of ideas which stimulated me. I got this old synthesizer and put it through a record player, which produced an horrendous noise. Then Arthur just started reciting texts over the top of it."(extract from an extensive biography written by James Nice in 2011,please go here to read it all.) 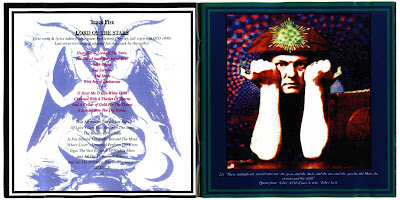 This  is the third audio release by the label Gaya Communications Network/ Gaia Records, recorded during 1989-1990: "Songs For The Children Of Baphomet: A Musickal Celebration on the Theme of Magick and A Tribute to The Life & Works Of Aleister Crowley, (1875 - 1947)":Born in Leamington, Warwickshire, England, between 11:00pm and 12 midnight on 12 October 1875, Edward Alexander Crowley became the most infamous man in Britain. He was dubbed "The Wickedest Man in the World" by the British tabloids, however, he preferred the epithet "The Beast" originally given him by his devout Christian mother. Died on 1 December 1947.
A comprehensive webpage about him is here.
Enjoy this amazing cd. A real masterpiece.
*f*a*r^a^w*a*y^

Labels: 1999, aleister crowley, gaya communication network, songs for the children of baphomet, the royal family and the poor, uk