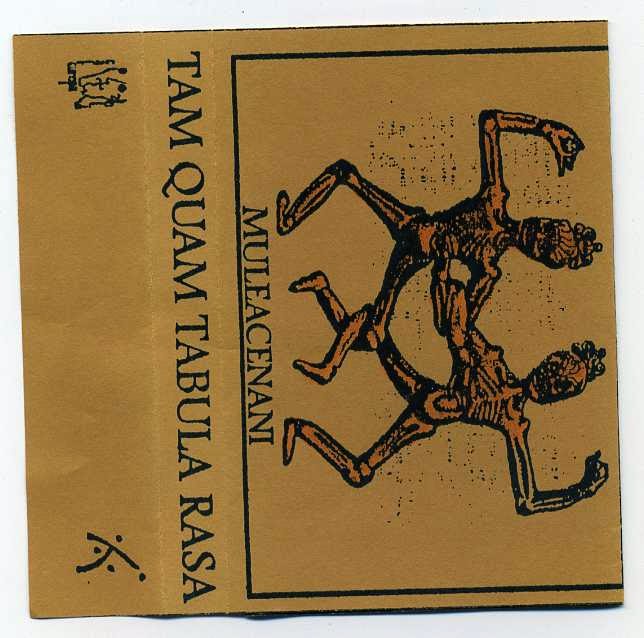 T.Q.T.R. is  Luca Ferrarini,Marco Berisso,Paolo Gentiluomo and Roberto Soprani.This Italian band is been active since the late 80s releasing a good amount of tapes and cds. "Muleacenani" was released on Old Europa Cafe(old Italian label of industrial music managed by Rodolfo Protti and still active nowadays)as c46.This tape was re-released on double cd together with “Lacrymae Rerum” tape, always by Old Europa Café label,in a limited edition of only 150 copies back in 2006.
Some people call the music of this tape “archaic drone atmosphere ambient”, the term quite make the job for me. An ethereal flux of dreams/sounds bringing you throu a spiral of desires and flames.
If you are into ritual music and dronish noise this tape is for you. 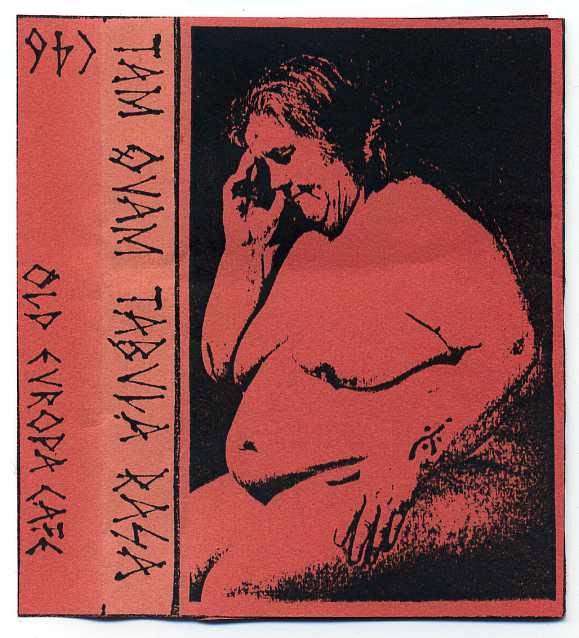 As for the music of Lacrymae Rerum(the tears of the things)-this is a bit different from  Muleacenani,a different approach and technique is used, delivering us a much more industrial sound reminding me some of the very first SPK releases. The ethnic/ritual drone- noise is still there but somehow loops and metal objects cranking and bashing are thrown in creating  a mixture of deviant extreme electronic sounds that eventually crash within.There are also some tracks a bit more rhythmic  that blow us in a destructive  yet creative and organized chaos.
The usual aural texture of the other releases is still there but this time with a cataclysmic cacophony.
Enjoy those brilliant pearls.
~f~a~r~a~w~a~y~