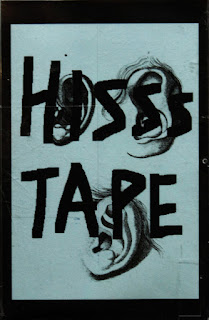 This is the second post about Grim Machine, in fact, I posted already quite a few of his early productions + the first part of this well-done biography written by the Alexander himself, you find that post here.
A very big thanx to this amazing artist for his contribution and digital gifts.
Grim Machine is a solo project by Alex M. (The Zyklons, Black Faun)
through found/modified instruments and homemade/readymade sounds it deals with noise and improvisation as machinery made to attack reality, more or less, a useless skronk of freedom. I swapped a few emails with Alexander, the headmaster of this project, He kindly wrote a biography based on his releases. 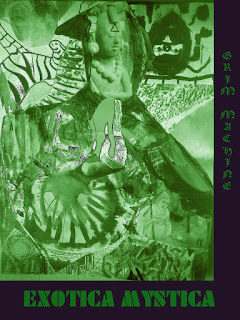 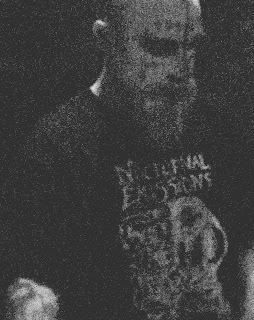 "Ghost Industrial, which followed shortly after, is an experiment on duration and continuity, a mechanical transcending wall of noise made from MRI scanner loops saturated and manipulated to the point of total destruction/ no recognition, where machine signals become the howling sound of human absence.
The next release was Hisss Tape, February 2018, an experiment inspired by Giacomo Leopardi’s thoughts on Philosophy of the Useless. It is the presentation of a sound/noise archive of every day and “useless” sounds by means of music concrete synthesis. The idea was to form a psychological palindrome narrative of sound itself, with no entry point and no way out. Side A is a 30 minute amplified total distorted cut up pastiche and side B consists of an everyday found-sound collage.
At that time GM started to explore furthermore the use of non- electro-acoustic devices and small instruments creating noise-scapes resembling natural and ethnographical or imaginary world sounds, questioning the distinction between the artificial and natural environment, perception and false identification. Following a growing interest on Field recordings and world traditional music from a sociopolitical point of view, 2018’s Exotica Mystica is the first step towards the idea of OTHER WORLD MUSIC, a “theory in practice” concept based on pan-ethnological primitivism, the primeval impulse of expression and creativity found in common universal roots, sound in ritual acts, a multi-layered experience of self -identification and social identity. The ideological standpoint of OTHER WORLD MUSIC is to utilize sound like an eternal instrument towards total freedom, to blend elements of universal heritage, cultural and artistic, in a free interpretation /statement constructing a collective subconscious soundtrack. To eliminate race, colour, gender, language, time, space…Every sound is played by real instruments or analogue gear and then processed in order to construct a new faux traditional field recording of a hypothetical lost unknown tribe, sans ethnicity and location, a future omen. 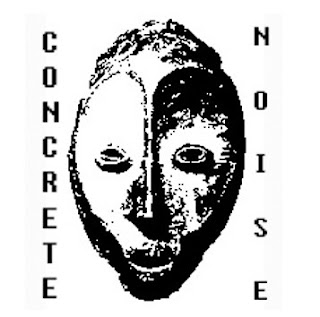 Nowadays GM’s main source of inspiration remains ancient art, symbols, myths, and rituals. Though the album releases of GM are conceptual and thematic, live performances are totally improvised rituals where primal form and structural narrative can be organized into a language addressing issues of spontaneity, evolvement, and deliverance. By blending sequences of sound in an unbroken continuity of loop layers and real-time processed physical sources, GM explores the use of noise as a medium of communication and improvisation as a way of storytelling.
Apart from the Grim Machine project, Alex M. also runs Concrete Noise DIY label and is a founding member of the long-lived Greek noise entity BLACK FAUN and the free jazz/improv duo The Zyklons. From 1998 and on he has been in many DIY HC/punk bands with varied discography. As Grim Machine he has 6 releases in E.C.T/ E.D.A and RU.MO.RE cassette/cdr labels and a split tape that includes his soundtrack version to the film Begotten by E.Elias.Merhige. He also participates in NOISE FROM THE RUINS OF EUROPE compilations #1 & 2 that present experimental music from the Balkan and Eastern Europe area. As a live act, he has played RTP festival, Noise Annoys fest, Kino-Bruitism, Multidom/Multeece, Signal Noise Soundsystem and lots of live concerts all around Greece."