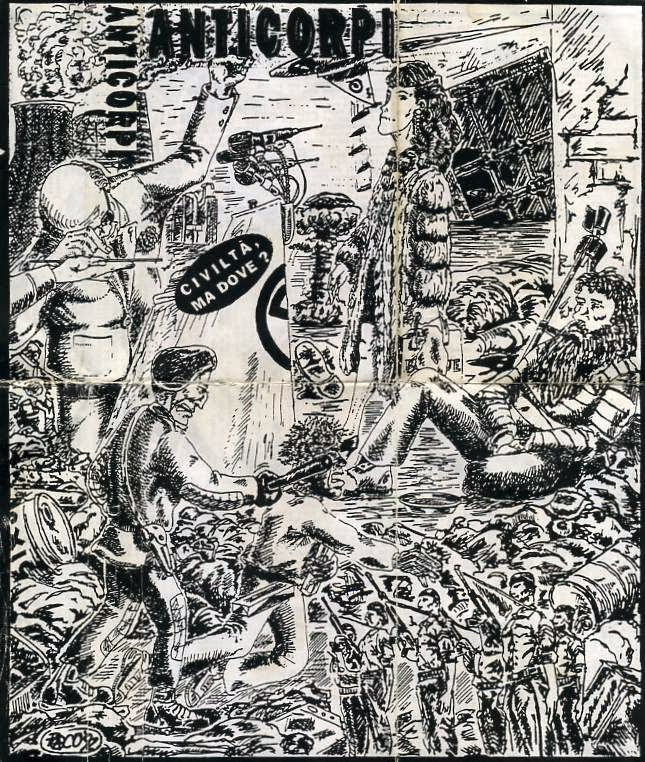 5 years ago I passed this very good demo to Radiomolotov blog,I re-post it here since that link is dead now!!
There were  2 bands in the Italian boot with this name,the first active in early 80s from Brescia and this one active in the early 90s.
They play a fast old school HC punk with some thrashy  powerful guitar riffs,angry vocals and good lyrics!
I know  that Pino was in tour with 2000 Dirty Squatters and played with them for some time.At the end of the last decade He formed Anonima Disasters with Franco, who also was playing in Anticorpi .
They were from Milano and somehow involved in Cascina Occupata Ripamonti.
This is a great HC Punk demo.
Enjoy It.
~f*a~r~a*w~a*y~