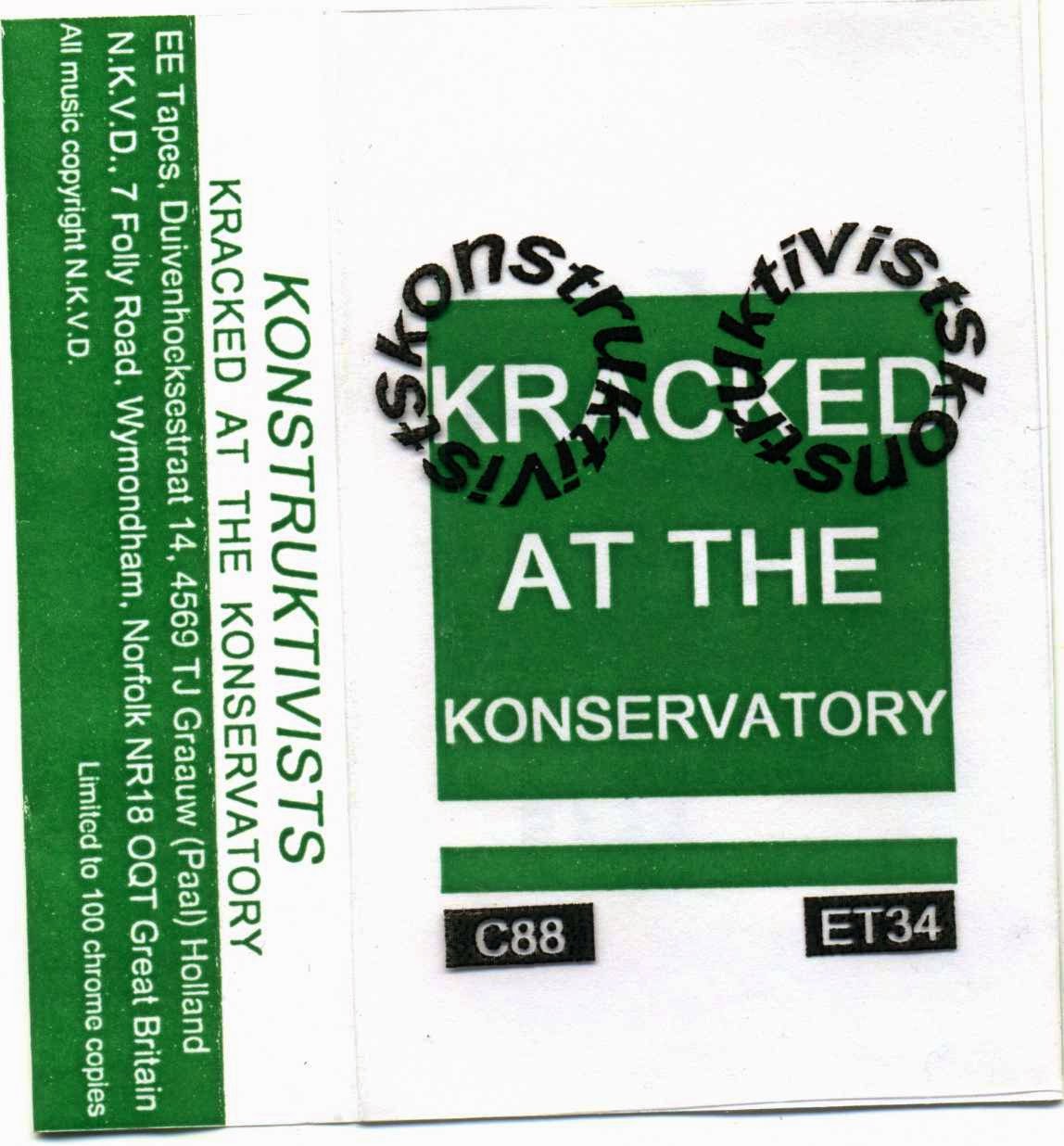 Konstruktivits is a British industrial band. Formed in 1982, they were mostly active in the 1980s, with recording activity continuing until today.
The band was formed by Glenn Michael Wallis from his previous band Heute, a krautrock-influenced trio. 1990s members were Wallis, Lawrence Burton, Joseph Ahmed, R. Alcapone Shiells and Mark Crumby.
In 2000, Wallis changed the band's name to Konstruktivist, with the spelling Konstruktivists also being used.(from Wikipedia).
This is their official webpage.
This tape was released in a limited edition of 100 copies by the legendary
EE Tapes,Belgian label founded in 1987 by Eriek Van Havere, specializing in experimental, ambient and noise music.
Alive and Kicking still today this is their actual website.
Enjoy this amazing  and quite rare tape.
~f~a*r*a~w~a*y*
click me
tracklisting