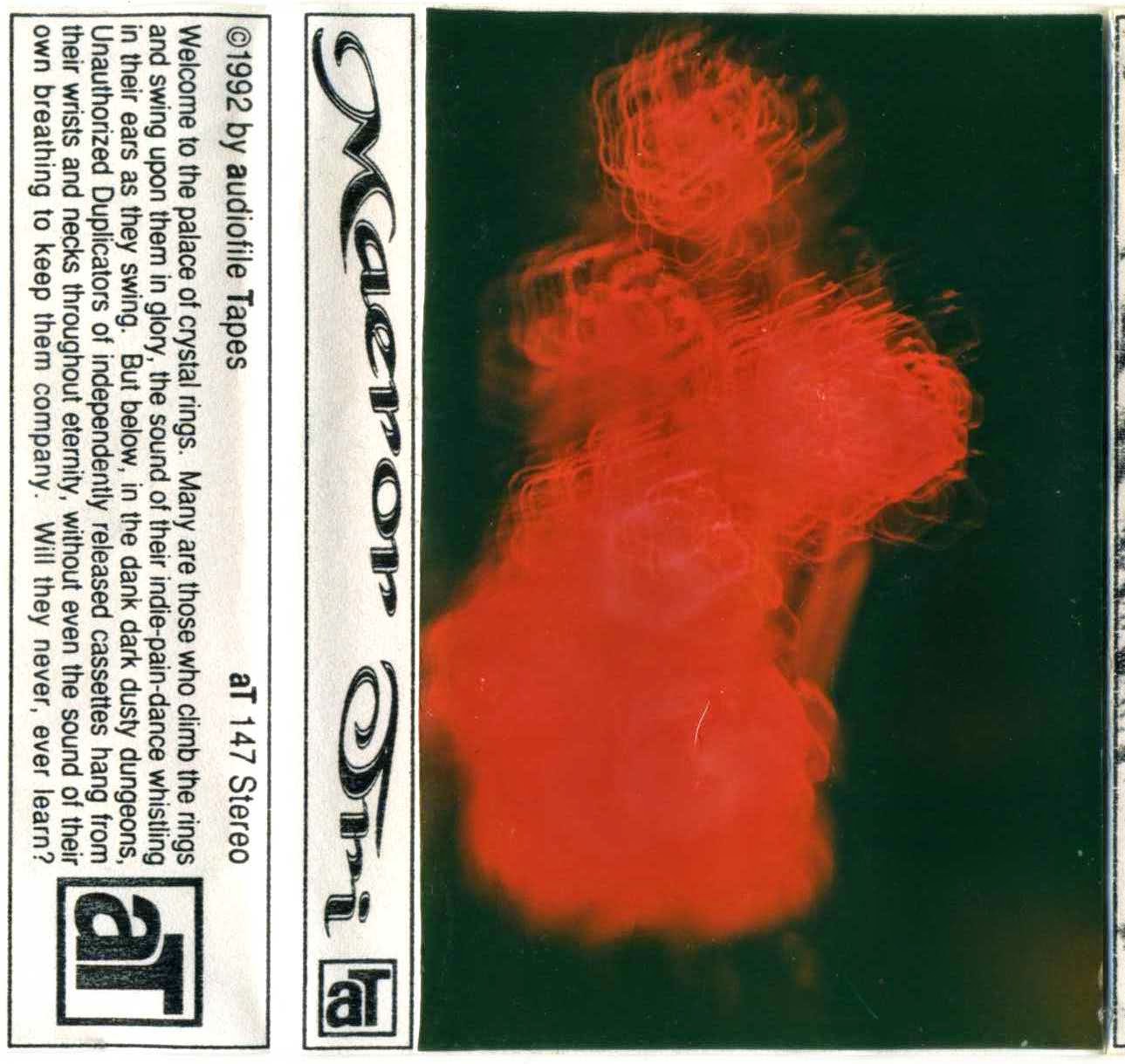 Maeror Tri was an ambient, noise and drone music band from Germany founded in the 1980s which consisted of Stefan "Baraka H" Knappe, Martin "GLIT[s]CH" Gitschel and Helge Siehl.
They used only live instruments to produce music with enormous amount of effects applied. They disbanded in the late 1990s after releasing a number of limited-edition records. They released music on labels such as Old Europa Cafe, Ant-Zen, Staalplaat, and Soleilmoon.
Stefan and Martin continued under the name of Troum, while Helge is recording as Tausendschoen. Stefan Knappe is also the founder and owner of Drone Records.(from wikipedia)

The legendary New York industrial/experimental/electronic label audifile Tapes was run by Carl Howard and active since the mid-1980s.
I  wrote about him quite few time now.Here an interview  to him on Autoreverse Indipendent Music Magazine and another one on Media Hyperrel.org.
This tape was re-printed as cd by the french UNE (R)ecords in 1999.
If I do not fail the original copies distributed by audiofile tapes had a different front colour cover each one.
This is a masterpiece of drone industrial ambient music.
~f~a-r~a~w-a~y~
click me