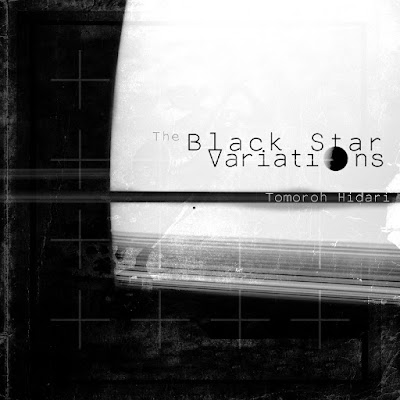 In 2012, Tomoroh Hidari will release his light absorbing ambient monster "Some Stars Not Yet Black Holes" as double 12" on Record Label Records.

Due to the extreme mass of this project, laridae was able to utilize the caused divergency in space-time, to release the spin-off album "The Black Star Variations" even BEFORE its own source release.

So, we invite you to swap the Star of Betlehem with Hidari's Black Stars of dark ambient and wish you all a merry saturnalia!


"Tomoroh Hidari encapsulates its rugged outer shell composed of tethered wiring, low bass rumbling and an industrial pulse as it enriches the core with atmospheric and rhythm bending skills. Each derivation compliments the other as glitched life forms merge to the surface just as quickly as they dissipate. Originally intended for live adaptations, “The Black Star” collects itself and breaks down into five enriched pieces that are both mechanical and inspired in shape."
- Igloo Magazine