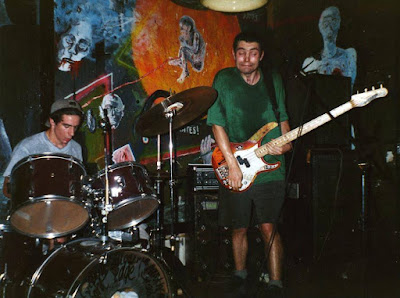 Back in the early 90s, I was in touch with Dawson, They kindly sent me an amazing tape with some live recordings by various Scottish post-hardcore noise bands, the tape also contained 2 Peel sessions by Dawson! Unfortunately, I lost the letter that came with this cassette but I reckon these recordings were not released and I cannot find any info about it. I left them as waves.
I already wrote about this fantastic band: compared to names such as Butthole Surfers and Minutemen, Dawson throws in their songs sheer violence and electric energy mixing some avant-guard fast chaotic guitars riffs, math rhythms, weird vocals and experimental jingles that make their music original and difficult to categorize.
Coming out from the very lively Noize Post Hardcore punk scene from the end of last century, they shared common interests and sweats with Stretchheads, Whirling Pig Dervish and  Archbishop Kebab, all very original bands hailing from Scotland.  An FB page about them is here, where you can see old flyers and pics, a new band formed by the 3rd era Dawson musicians are called Sumshapes and their Bandcamp page is here, you can listen/buy their album Cabin Biscuits released June 30, 2017.
I guess there is no need to talk about John Peel and his famous radio show, all the music lovers around the world should know John Peel already. The recording of this tape is excellent.
Enjoy it.
:f(a~r*a~w)a_y{
click me 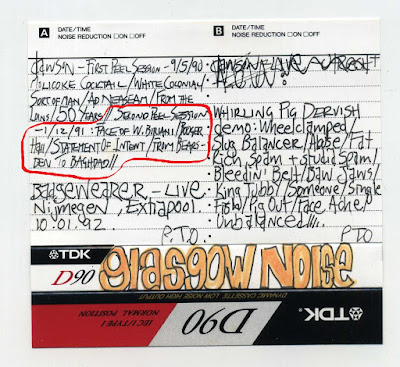