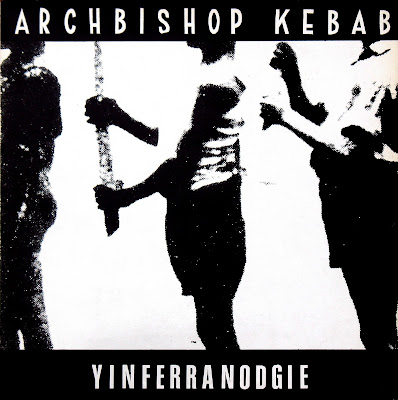 Archbishop Kebab were a Scottish Avant-Hardcore collective formed in 1986 in Edinburgh.They had a 13-year life span up to 1999.
1989 saw the release of their first LP, produced by Tim Ellis (Jackdaw With Crowbar) and the start on the first of many European tours they shared with likeminded groups - a.o. The Ex, Dog Faced Hermans, Badgewearer, Dawson and the Stretchheads.
In 1993 they released their second LP 'Beyond Ma Ken' recorded in the studio of the Hungarian label Trottel Records.
Then came along 'Heeliegoleerie And Scunnered (but cheerie)' partly recorded in Italy ; the final Album 'Bellyhunting', recorded in 1997. (info from Discogs).

Mixing up various music styles this incredible band creates a genuine personal form of post-music embracing elements of dub, afrobeat and ska to their no wave frenetic post jazzcore.
A fantastic album of creative music.
Enjoy it.
:f(a:r}a{w)a^y~
click me 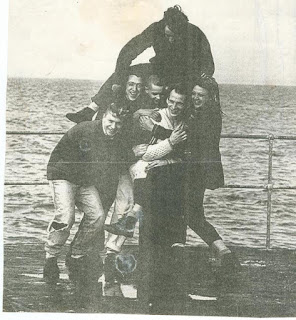