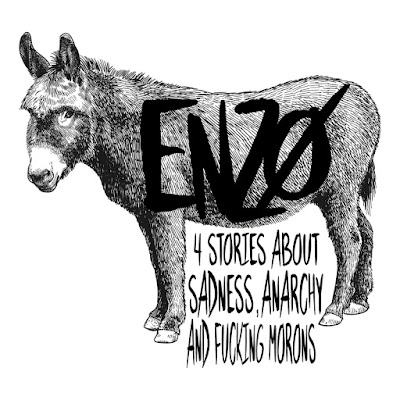 As soon as you wake up, do you feel sorry for yourself because you didn't die during the night? Do uniforms horrify you? Would you like to live in a world where people don't die of hunger and job? If you answered yes to at least two questions, know that there is a bit of Enzø inside you. click me 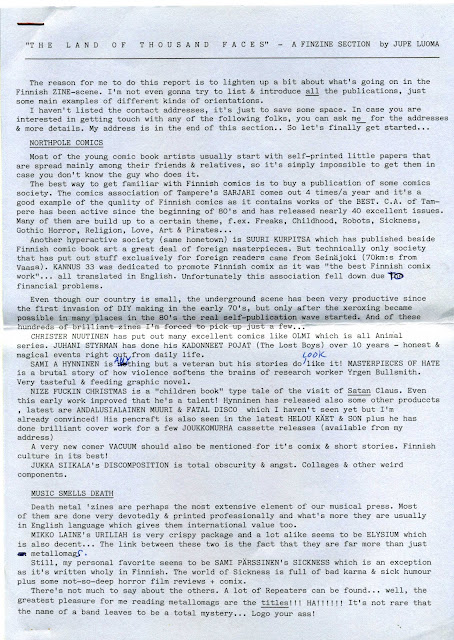 A very well done zine report written by Jupe Luoma for Contaminazione zine,it was never published as it arrived too late. Well worth checking if you are interested in some historic finnish zines.(:f.a*r^w~a¬y) 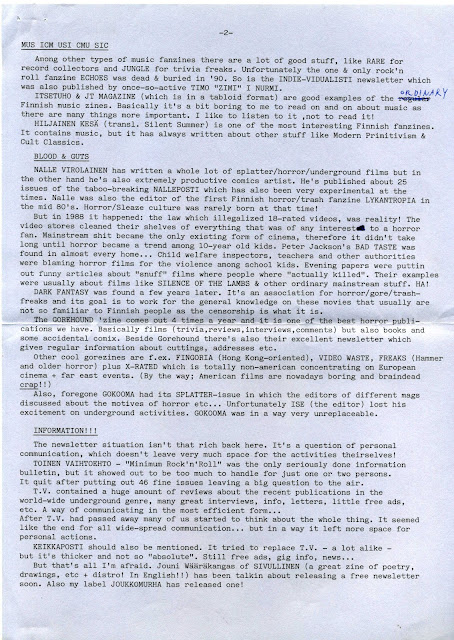 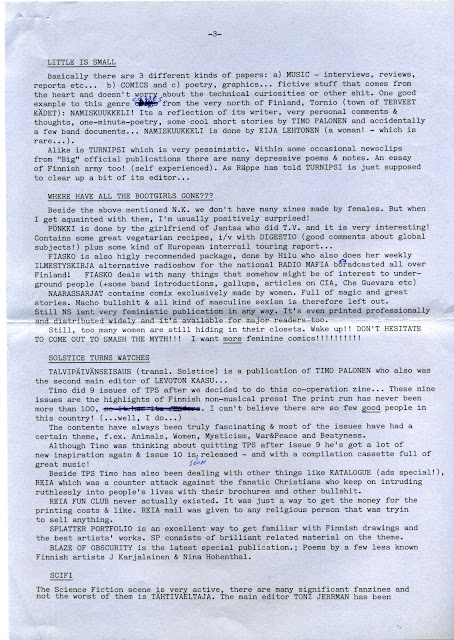 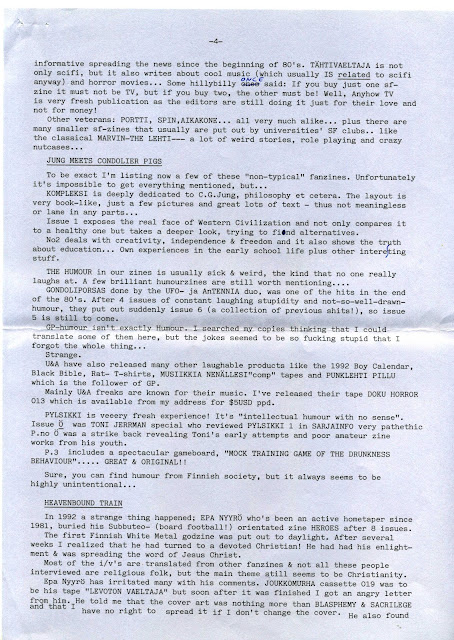 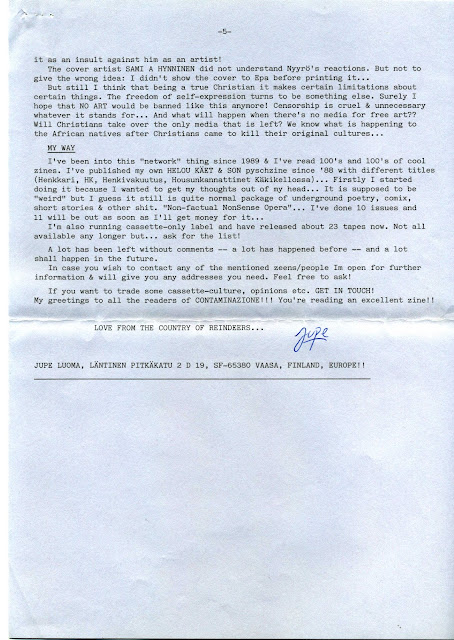 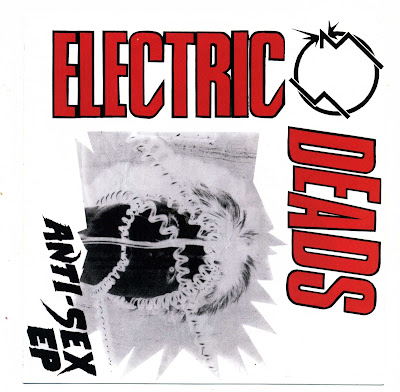 Legendary 7inch by this hardcore/punk band from Denmark formed in autumn 1981 by Nils and Kevin and broke up in summer 1984.It was released in 1982 by Electric Static Records,label associated to the band.It was re-printed back in 2010 by Belgian label Noise and Distortion Records.The cover sleeve reports pictures and lyrics.

THE PENETRAITORS - ...Are Gonna Pop Your Berry - (Empty Records Europe-Germany-2005) 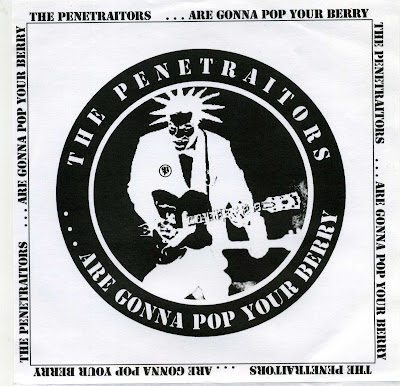 The Perpetraitors is a German street-punk band no longer active.This single side 7 inch offers us 2 cover songs, both orginals were written by Chuck Berry. 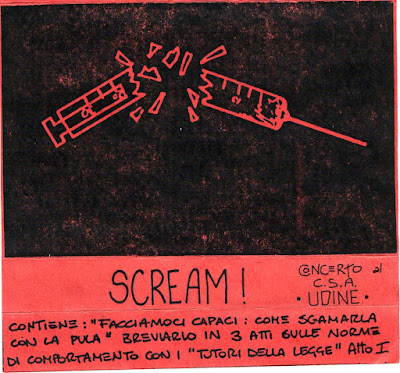 Scream was a hardcore punk band from Virginia, USA, formed in 1981 by brothers Pete (vocals) and Franz (guitar) Stahl, Skeeter Thompson (bass), and Kent Stax (drums). The band was later joined by second guitarist Robert Lee "Harley" Davidson. After the release of their 3rd album, "Banging The Drum", Stax departed and was replaced by Dave Grohl. The band continued for a few more years before splitting in 1990. Dave Grohl went on to find major success with Nirvana and the Foo Fighters. Pete Stahl has also performed with a number of bands, including Wool (2), Goatsnake and Earthlings? and collaborated with Sunn O))) and The Desert Sessions. He was also road manager for Foo Fighters and Queens Of The Stone Age. Franz Stahl was also a member of Wool (2) and, briefly, the Foo Fighters. Kent Stax played drums with Oi! band The Suspects.

Scream has reunited for several reunion shows in the Washington, DC area over the years (with Stax in place of a very busy Grohl, although the latter has made some guest appearances).
Sites:
dischord.com, Bandcamp, Facebook, instagram.com, Twitter, Wikipedia 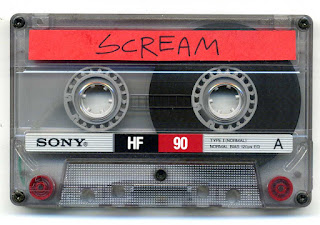 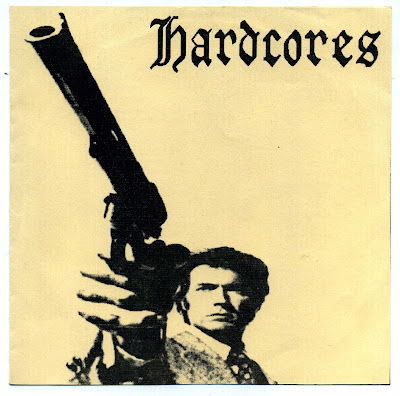 Hardcores was a Thrash band from Oulu, Finland. They were active between 1991 and 1997.This 7 inch was released in 1999 as limited edition of 300 hand-numbered copies: 200 copies on black vinyl [this entry] and 100 copies on blue vinyl. Folded paper sleeve with lyrics inside.Offical Webpage : Hardcores 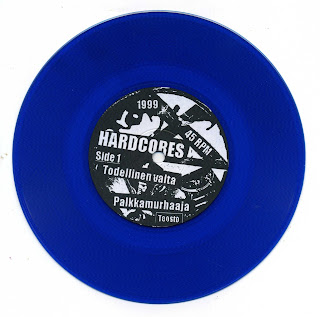 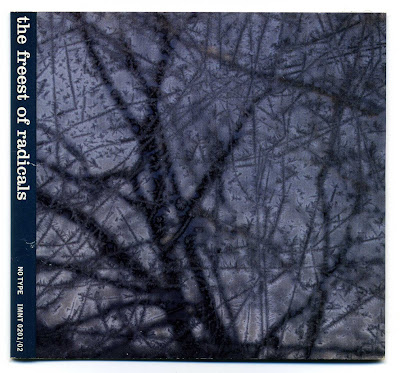 No Type is a Canadian netlabel in the experimental music scene since 1998 and this sampler is their first non-MP3 release.Packaged in a cardboard folded sleeve inside a separate cardboard cover. reports quite a few info about the artists included. (official webpage,bandcamp,archive.org)