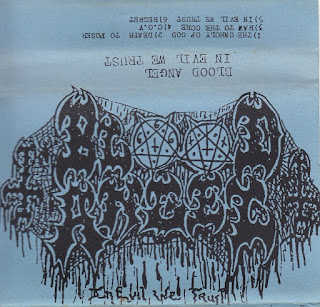 A band from Singapore playing death/black metal, they formed in 1989 and I am not sure when they disbanded.

This cassette seems to be the first demo and they released another one called Nocturnal Sacrament in 1993.
The folded cover sleeve reports a few info and address.
Enjoy it.
:f)a*r~a^w~a)y~
click me