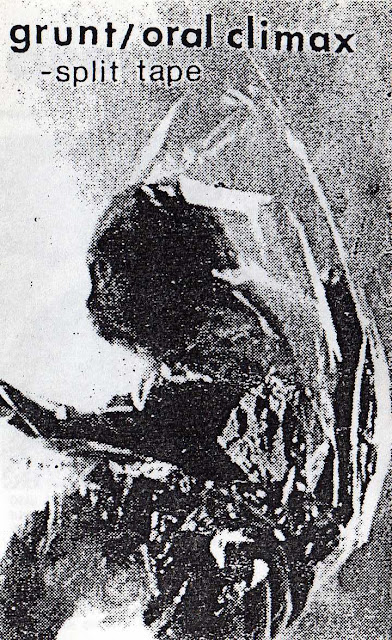 Grunt was formed in Finland during spring 1993 to create hard audio havoc. Its early incarnations operated with few other names, before settling into Grunt and making the first officially published works. After 20 years of activity, it is still going strong. Various styles of noise electronics are always hammered with such pressure it usually transforms into known Grunt-noise, even if new methods and approaches are added. Various interests, moods and approaches and different kinds of topics have been used during the years. Strong visuals and lyrics are the most well known to people.

Since the early days, Grunt has been merely part of international power electronics-noise scene. There has never been a desire to attract attention widely. There has never been attempts to be credible within academic noise circles, performance art or modern industrial culture. Nor promote it in media outside the core of noise-underground. However, neither there is a clear desire to follow genre restrictions. When invitations have happened, Grunt has been featured in documentaries, newspaper articles, playing together with punk, metal and gothic bands as well as among performance art events.
Grunt is tightly connected to the vision of Freak Animal Records label and has also a handful of other forms, what can be understood as projects of their own or simply branches slightly separated from the main project.(from his webpage)
Oral Climax is a grindcore band from Lithuania active during the 90s, they released many productions as a split with other band/projects.
Enjoy it.
:f(a~r:a*w)a¬y~
click me 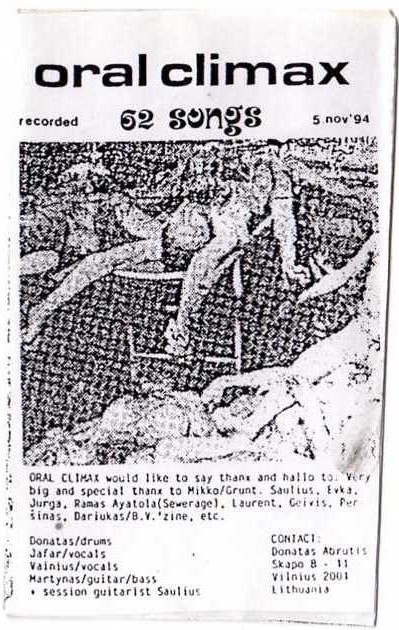