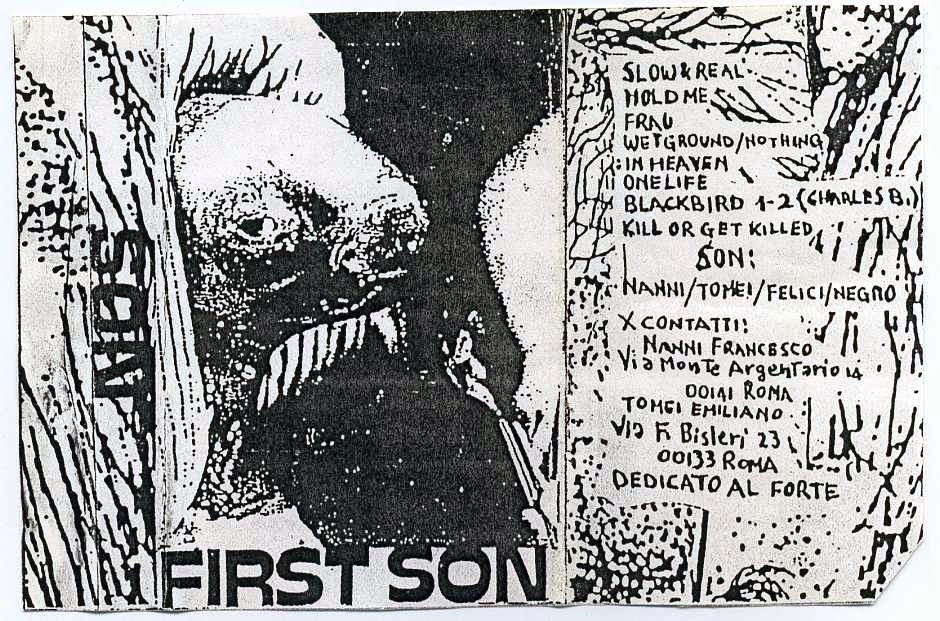 Son was a band from Rome(Italy)playing a harsh form of industrial rock recalling somehow bands such as Big Black and Jesus Lizard but also some twisted art rock.This is their first demo.
I am not sure if they released anything else and how long they were together.The cover depicts a picture taken from the very famous film Eraserhead by David Lynch.
This demo was dedicated to the Forte Prenestino, a  massive squat of Rome still alive and kicking nowadays.
Very good recording and very good fantasy, a great demo.
ps-this tape is unindexed
~F^a*r^A*w^a*Y~
click me