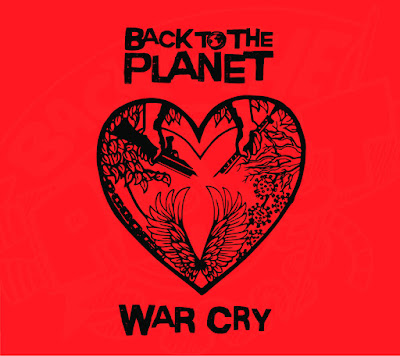 Three exclusive tracks from Back to the Planet's forthcoming WAR CRY EP, all monies are paid directly to The Palestine Children's Relief Fund.
As Gaza is under attack again, the one million children who live there are the primary victims, suffering physical and psychological trauma from being exposed to bombs and conflict.
For 30 years, PCRF has been on the ground providing direct humanitarian aid and caring for tens of thousands of Gaza's children.
We do that by:
Sending injured kids abroad for free medical care they cannot get locally.
Sponsoring orphans and disabled youths to meet their basic humanitarian needs.
Running several humanitarian program and projects, including our Gaza amputee project and providing thousands of children food and medicine.
Sending hundreds of volunteer doctors on medical missions to provide free care for injured children and training for local doctors.
Large infrastructure projects, like building Gaza's first and only pediatric cancer department, where hundreds of children get free care.
Our Gaza orphan sponsorship program provides food and clothing for hundreds of kids who lost parents to war and disease.
As usual, we have no press agent, no radio plugger, and no advertising budget: we're relying on you to spread the word.
Thank you x                                        click me

Back to the Planet (BTTP) formed while squatting together in Peckham, London in 1989,[2] and attracted a following throughout the early 1990s. They played four consecutive Glastonbury Festivals and played many free festivals, including the Deptford Urban Festival[3] and the Castlemorton Common Festival[1] in 1992.