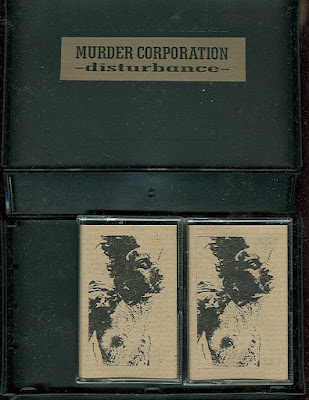 "M.C was born in 1992, nearly as a joke. The name was chosen later as I felt that fitted perfectly the content of the music that I was making. I started listening to Heavy Metal, Punk, Hardcore, moving later to Dark Gothic EBM and finally Industrial music. The first Industrial record I got into was “Discipline” by T.G. . The people who influenced me the most were Merzbow and particularly Boyd Rice. Also William Bennet and Kevin Tomkins inspired me. For the first recordings I used mostly tapes, noises, short waves and distorted voices. Successively I adopted a sampler Akai s01 and a tone generator (V.C.O)."

Recorded at Murderhouse, January 95.
Packaged in a vhs box with artwork pasted directly on.
Limited edition of 40 copies.

Reprinted by Urashima in 2016 as double vinyl, Tracks remastered from the original tapes and the record has been pressed on double 140 gr black vinyl with black label and black inner sleeve and comes in a perfect replica of original artwork sleeve with 30x30 sheet on 200 gr pure white paper and insert, in an edition of 199 copies. 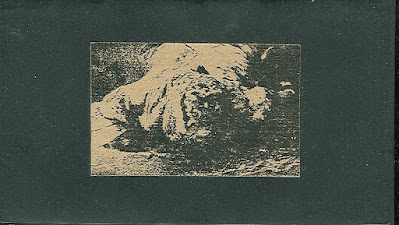