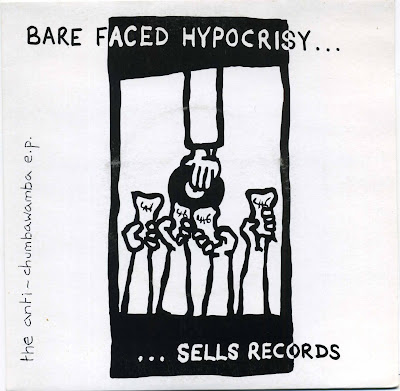 7inch compilation dedicated to the sell-off of Chumbawama after they signed for a major label.
A bunch of anarcho-punk bands making the mock of the famous Leeds band.

Rapture Ambitions was an anarcho-punk fanzine edited and distributed by Chris in Tavistock(Devon) during the early 90s. I have posted the Number 12 released in 1993.
I have left these tracks as waves.
Enjoy it.
*f¬a:r~a{w)a~y:click me

On the 7" sleeve the tracklisting is:
A1 The Chineapple Punx - Grateful
A2 Riot/Clone - Chumbawanka
A3 Love, Chips & Peace - We Wish You'd Give Up 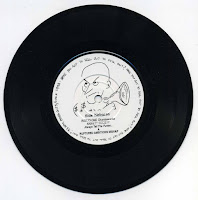 Tracks A1, A3 & B3 were removed before release but were secretly made available for free by returning a coupon inside the sleeve to Ruptured Ambitions.
Record also contains photocopied double-sided insert.