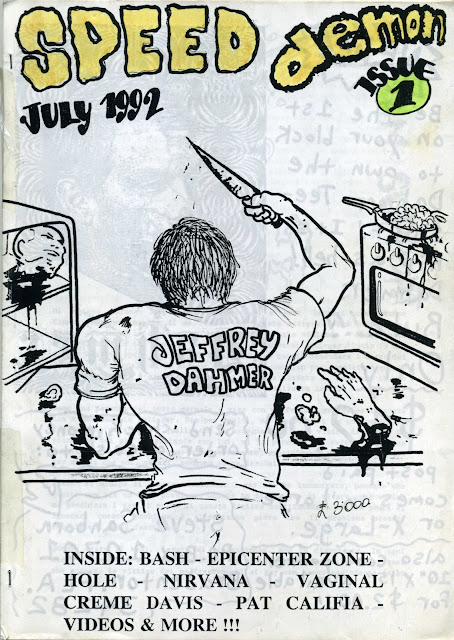 Number 1 of this underground homo zine, Speed Demon has been the very first Italian queer publication in the early 90s made by Flavio and Orlando in Torino. I have already posted the number 3.

In this issue: A script about Bash, an anti-homophobia movie by Antony Torres, a report about Epicenter Zone, a social centre in San Francisco(USA), interviews to Nirvana, Vaginal Creme Davis, Pat Califia + reviews and rants.

A nice example of underground press from the last century.
Only in the Italian language.
Buona Lettura.
:f*a^r~a:w_a(y:
click me
Posted by faraway at 14:00