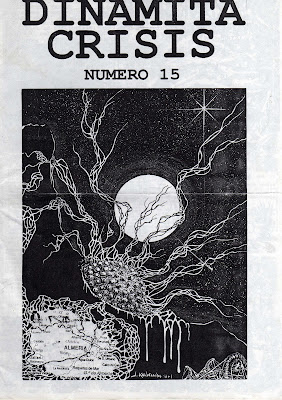 In this issue articles about Unbounded Terror, Repugnance, Falsa Ilusion, Mortuarium, Bastardos Del Metal, Intoxicacion Etilica, Angel Negro + tons of music and zines reviews.
A very good tool to research the lively death/thrash metal scene of the Spanish peninsula during the early 90s.
In the Spanish language, only.
Enjoy it.
~f(a^r~a)w~a(y
click me
Posted by faraway at 02:28