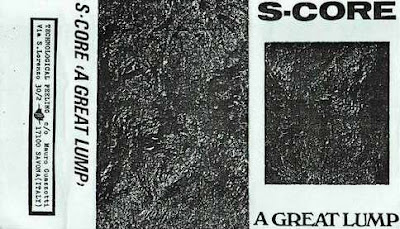 Early works are all cassette albums he put out on his own cassette label Afflict Records, many of those were recorded via mail collaboration with many sound artists from international underground scene, such as Stefano Biasin (Italy), Telepherique and Trigger B (Germany), Merzbow (Japan), Al Margolis/If, Bwana (USA), Rafael Flores (Spain).
Webpages: orc.ru, rgnz.free.fr
Technological Feeling is a self-produced label of crazy Italian experimental noise-maker Mauro Guazzotti. Released the early works of his projects F:A.R., MGZ and Open Graves Style, as well as several tape compilations featuring many international industrial and noise artists.
Enjoy it.
~f(a)r_a~w*a)y(
click me