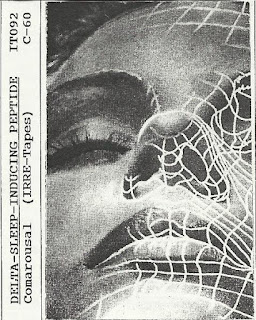 Another astonishing tape by this amazing duo, I wrote about them many times on this blog.

Dsip is Dieter Mauson+Siegmar Fricke  researching on sleep & dreams states, ambient hypnotic sounds in great German electronic tradition.
This project was founded in 1989 and active until summer 1994.
After almost 20 years of hiatus they re-formed in 2013,this is their actual soundcloud page.
Also, this label is been covered many times here, it was run by Matthias Lang which evolved out of the IRRE Fanzine he published regularly during the early 1980's covering New Wave, Post Punk, and the German Underground.
Enjoy it.
~f*a~r*a)w~a(y~
click me