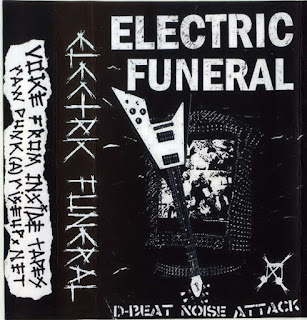 Originally released in 2010 by the Swedish Distort The World records And Tapes,this is instead the copy released 4 years after by the Ukrainian Voice From Inside.I have already written about this band when posted their tape Make A Change.

Electric Funeral plays a super distort crust punk raging political statements reported in the cover sleeve.
For all the fans of hyper distort fast d-beat crust punk this tape is a  good one.
Enjoy it.
~f(a*r~a}w~a{y ~
click me 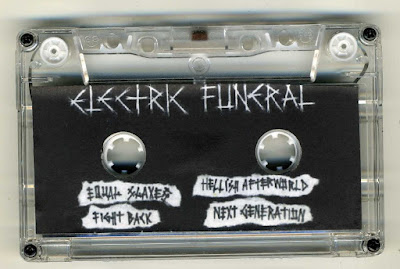