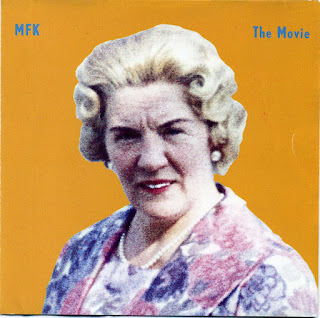 A fantastic album by this great jazzcore band from Holland active in the early 90s.I spoke about them when I posted their great cassette: White Man`s Overbite which they self-released in 1992.

This album instead came out on Vögelspin Records: Dutch punk label, founded in 1979 by Nitwitz to release their first record Nitwitz - Nitwitz on their own label. Located in Amsterdam, The Netherlands (Holland). 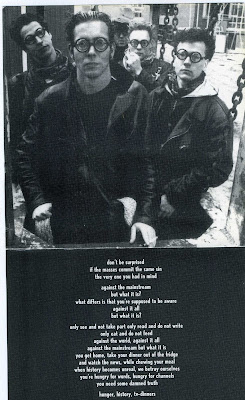 Here few info from Jazzcore74 Youtube Channel:
Yet another great band from the Netherlands (Amsterdam) that was directly influenced by Victims Family (like Jam Jar or BEP) and that released this one and only album, a jewel in Jazzcore to make it simple. They played around Europe in the 1993-96 years, even had tour dates in France with Victims Family and one can feel other slight touches in the likes of NoMeansNo or Rhythm Pigs and more when listening to their wicked tunes. We're talking Hit-Tunes here, of course. Line-up: Vocals: Hank. Bass-vocals: Dick. Guitar: Joeri. Drums: Marcel (aka Marzel ex-BGK, Nitwitz and now playing in Norton)
Enjoy it.
~f(a~r*a~)w~a)y~
click me