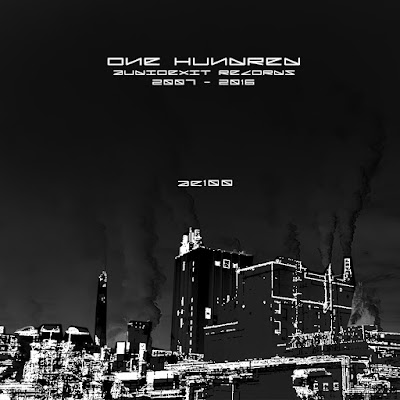 I sincerely can not remember how I `ve stumbled upon AudioExit Recs Bandcamp a couple of months ago, I certainly remember that I was soon struck by the quality of the music/artists proposed by this interesting techno netlabel from Hungary releasing great underground electronic music from around the world, altogether with their long history.

I decided, therefore, to get in touch with them and check if they were interested in co-operating with my blog.Here you`ll find a short yet very interesting history written by the headmasters of this label plus related links.The long and well-done compilation ONE HUNDRED is a landmark to celebrate 100 Audioexit Recs productions and at the same time a step further towards some changes too.

A big thanx to Robert & Tamas for their contribution.
Enjoy it.
~f(a*r)a^w_a*y)
click me
Here a brief history:
"Audioexit Records was founded back in 2007 by two Hungarian producers, who wanted to create a platform to release their own music but the project evolved fast to host some very talented raising artists and deliver uncompromising underground music to the world. The aesthetic of the label was continuously developed keeping the quality in focus and since the releases came out as a free download, no compromises had to be made regarding what kind of music is released. This resulted in a strong presence for the imprint in the world of netlabels and became well respected and appreciated.
After 9 years of operation and 100 releases, the two founders decided to take a step further and go into the world of physical releases and closing an era which was very beautiful and productive and opening a new one which could be even more successful. This new era started in 2017 with the first cassette release of Audioexit, deploying well-known artists beside local talents and presenting the same uncompromising sound of electronic music what the label was always known for. Continuing with more physical outputs the label wants to be a strong pillar in the underground music scene"
links:

AELTD001 From Past To Future Various Artists