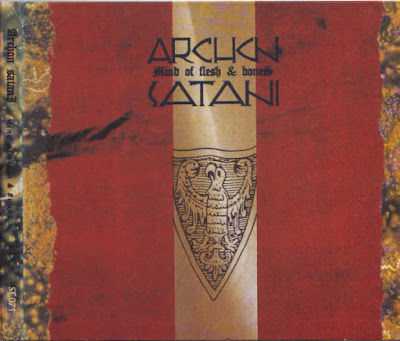 Archon Satani is a dark ritual project, playing eerie and haunting industrial ambient music with a satanic background, obsessive percussions and frightening demonic voices. The original line-up consisted of Tomas Pettersson and Mikael Stravöstrand. They worked together from 1990 to 1993, then the former went on to form Ordo Equilibrio, while the latter continued under the name Archon Satani, as well as with his other project Inanna.(from Discogs)

Originally released as vinyl in 1993 by Staalplaat in Holland, it was re-released as cd by Cold Spring in the UK in 2006.
click me
Posted by faraway at 14:53