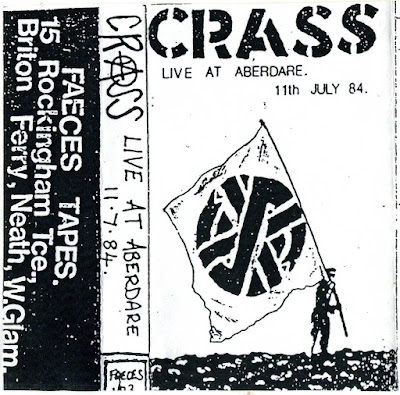 Crass were an English art collective and punk rock band formed in 1977 who promoted anarchism as a political ideology, a way of life and a resistance movement. Crass popularised the anarcho-punk movement of the punk subculture, advocating direct action, animal rights, feminism, anti-fascism, and environmentalism. The band used and advocated a DIY ethic approach to its albums, sound collages, leaflets, and films. From the word go, their career's ending was set to be 1984, and they lived up to this intention, splitting up following a miners' benefit gig in Wales in July that year (from their Bandcamp Page) click me