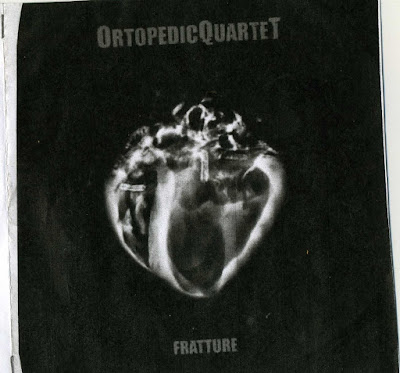 Great cd by this amazing band from Caserta (Southern Italy),  I have already posted their live tape recorded at Tien`A` Ment Squat in Naples on the 8th of June 1996.

They re-formed in 2013 just to re-record some of  their tracks in a proper studio recording.
Therefore in this totally DIY Cd-r,  you `ll find 4 tracks, from that tape, completely  re-recorded and 2 more tracks from the same tape re-elaborated in a studio!
Very good musicians playing a sort of crossover mixing Jazzcore with some personal rock and funky/swing passages.
As far as I know, they have not distributed this cd, there are only a few copies around given away as a gift to close friends.
For all the lovers of creative muzik.
Enjoy it.
(f~a*r~a(w~a)y_
click me
Posted by faraway at 14:52