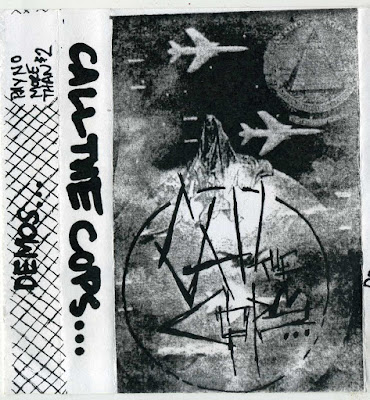 Another kind of mistery tape here. It appears that there are many bands with this name, unfortunately, the cover sleeve only reports the song titles, an email address and a  b/w picture with the musician's names.
I was told that this band is from Belgium yet I think they are from the States, I have no idea if they are still active or when they were and if they released other productions.

Music-wise they play a form of  HC Punk similar to Anthrax(UK), Dirt, F.U.A.L. and a few bits to Schwartzeneggar,2 angry vocals (female and male), twangy and fast guitar riffs, powerful drums and a fine line that cross the melody with the rough intents.
The recording of the Rough Demo(Side A) is pretty good, while the other side(Basement demo) is a bit rawer yet quite enjoyable too.
A track called Paris `05 makes me think that this cassette came out after 2005, a track named Paris is included in the compilation We`re All Society Victims(Vol 1) released in 2008 by the American label Resistance In Noise, and it should be the same band but...

200 copies were pressed and it offers us 17 songs, it is definitely a great tape for people into old school anarcho-punk making the verse to bands coming out from Crass Records.
Anyone out there with more info please leave a message.
Enjoy it.
~f:a*r~a^w:ay*
click me 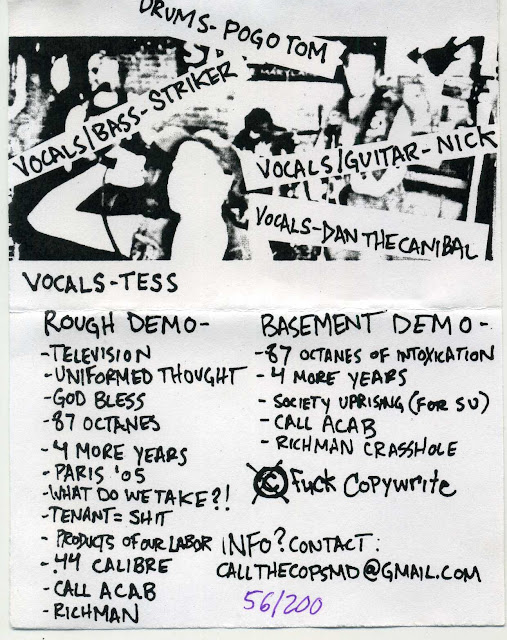