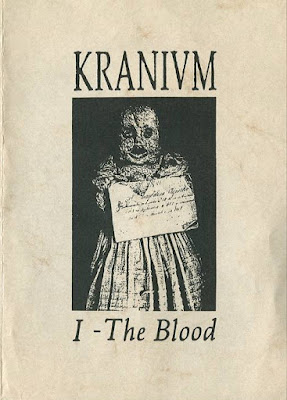 Astonishing release by the legendary Slaughter Productions created and managed by the noise artist Marco Corbelli, who died on 6th May 2007. He left behind an extensive amount of work both as a label and as a musician.
His various projects were:Atrax Morgue, Marco Nothing, Marco Rotula, Mörder Machine and Kranivm.
He also played in those bands Bondi Gabbana, Necrofilia, Necrophonie, Pervas Nefandum, Progetto Morte.


The official webpage dedicated to Atrax Morgue and all his projects is here.
The Italian harsh noise label Urashima re-released lots of  Marco Corbelli works as vinyl productions,
here their webpage.Many of those productions are limited editions and some appear to be sold out now.
Kranivm was an ultra deep and obscure industrial project influenced by old spanish horror movies, ancient horror literature and dark energy.
This is pure esoteric electronix at its best.
Enjoy it.
~f(a~r(a*w)a_y*
click me
Posted by faraway at 13:40