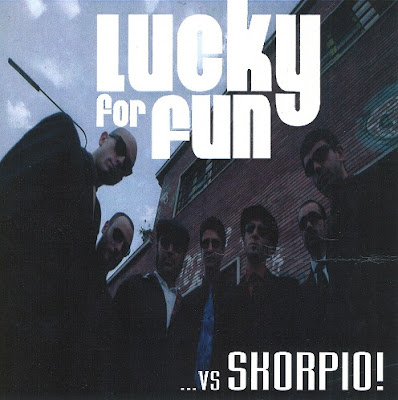 Lucky For Fun was a full-SKA band including keyboards, trumpet and Sax.

Another band in which Mario Pota was singing, I spoke about him when I posted the music by Rudy e Crudy and Bandiera dell`Odio.
I have asked him to write a brief note about this band. 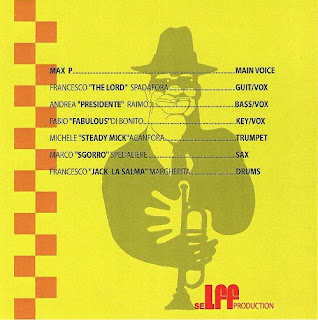 About the cd, it was just about to be released when Mario left the band and after only 2 gigs the band  broke up, therefore some of them made+distributed just a  few copies with another cover and another title "Pulsar Chi E`?" back in 2003 while Mario is spreading it around nowadays, only as a digital release.
If you are into SKA you should really listen to this one, it is, in fact, a very good cd of this music genre.
A big thanx to Mario for passing me this astonishing pearl and for the precious info in his little note.
Enjoy it.
~f(a*r~a)w:a:y~
click me


"Lucky For Fun was born on the end of 1997 in Naples(Southern Italy). At the time the SKA in Naples was a genre almost forgotten and we got involved in this adventure with a little conscience about it.


We shared the practise room, home, small vans, dreams and stages until 2002.


Our cultural background was the Neapolitan squatting scene, a small scene where many of us were, somehow, involved. 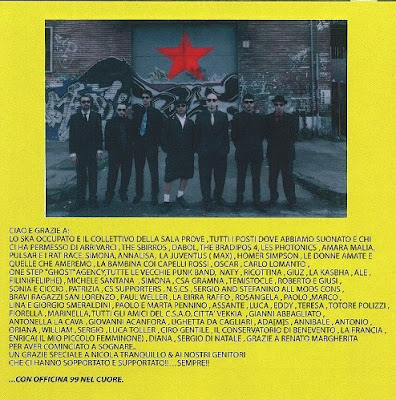 The band was part of a collective managing, with a no profit attitude, the practise room of the Laboratorio Okkupato SKA of Naples, this Collective self-released various compilations and organized many free gigs in many social squatted centres in Campania.


Eventaully It managed to set up a recording studio for all bands active within it, at the time.


We played around Italy both in commercial places than in squats (the first places were the economic boost to support the second places) sharing the stage, among the others, with Skatalites, Banda Bassotti, Statuto...


We recorded a 5 tracks promo back in 1999 and we changed the line up quite often.


In the meantime something broke up within us but telling you about this it wouldn`t be very interesting...many bands born, many bands die.
Nothing extraordinary, after all.


This is not the story of the band but the one of an album (recorded between the spring and the summer of 2002)that, by me, it should have had a different destiny.


I like to think that there are people who like to have it (even if only as the digital format).


And to be able to discover it for the first time or rediscover it after many years far from all the troubles that came with its release.


It includes the original graphic work."