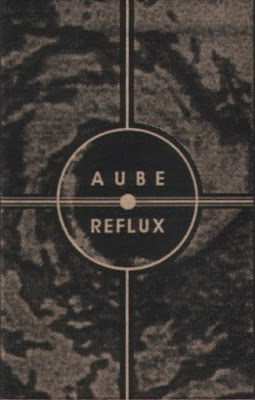 Real Name:中嶋昭文 (Nakajima Akifumi)
Profile: Aube was the solo project of Akifumi Nakajima (January 13, 1959, in Kyoto, Japan – September 25, 2013), begun in 1991. Taking a minimalist approach for his recordings, Nakajima used simple source sounds which were fed into his system, then heavily processed into a vast dimensional landscape of sonic textures. Source sounds ranged from the organic sounds of gurgling water to isolating elements of technology, such as the curious hum of luminous lamps. The result is a mixture of controlled manipulation and beautiful accident. In May 1992, Nakajima started G.R.O.S.S. - his own cassette label dedicated to releasing experimental music, and noise, in addition to his own recordings as Aube. He worked on recordings with artists from Japan, Europe, and the United States in various different capacities and designed packaging for many other releases.
Bawler Productions was a small  Noise / Experimental label from Germany run by Thomas Gith.
(from Discogs)
click me

All composed, mixed, recorded and designed at Studio MECCA Kyoto autumn 1995 using only 1 voltage controlled oscillator as source material.
(C) G.R.O.S.S. 1995.
The label and catalog number are actually given as Bawler Tape Productions BTP # 4.
Posted by faraway at 09:42