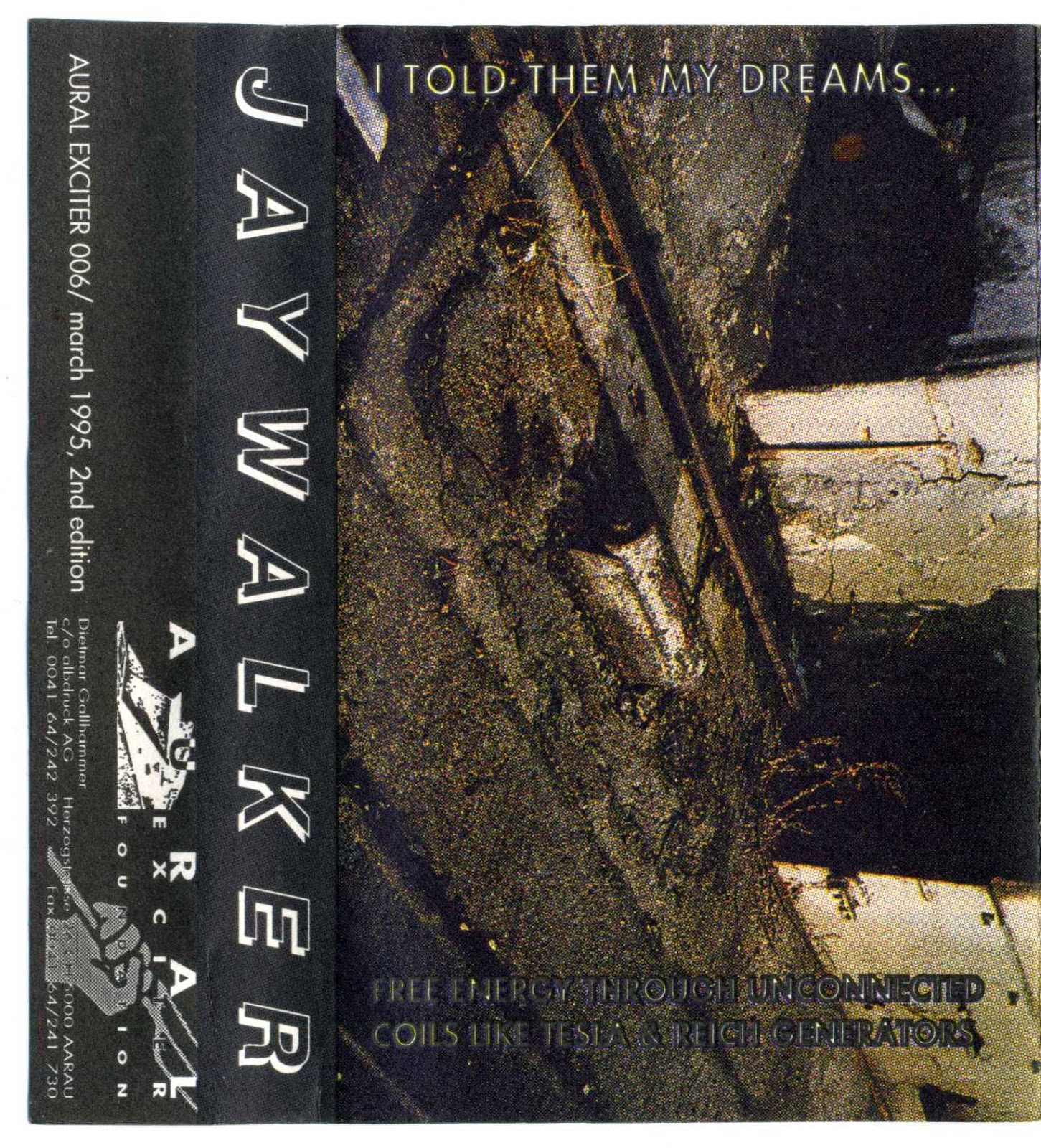 Another band by Dietmar Gallhammer, I  wrote about him when I posted the tapes by Religious Overdose.
This is his first band, if I don`t fail, and was founded in 1987 but went through many line-up changes before the first LP was released in 1989.
Urs Schwaller left sometime before the second album
"I Told Them My Dreams".
They toured more than working in the studio - mainly in east European countries where their uncompromising sounds and anarchist messages fell on open ears.

This cassette was released by Aural Exciter Recs, which was managed by Dietmar+friends and named after one of Jaywalker´s songs, Aural Exciter Records´ roots were those of the DIY spirit and anarchist ethics of the Punk and HC scene of the late 80s. Besides designing, booking, distributing and organizing everything themselves, the flyers and all artworks were printed in the working place of founder Dietmar "Dee Dee" Gallhammer after office hours.
His moniker was also used for other releases where he was involved.
This tape includes the 2 albums by Jaywalker, the first Free Energy Through Unconnected Coils Like Tesla & Reich Generators (1989) ‎ and the second I Told Them My Dreams..(1991)
^f*a^r:a^w*a^y*
click me