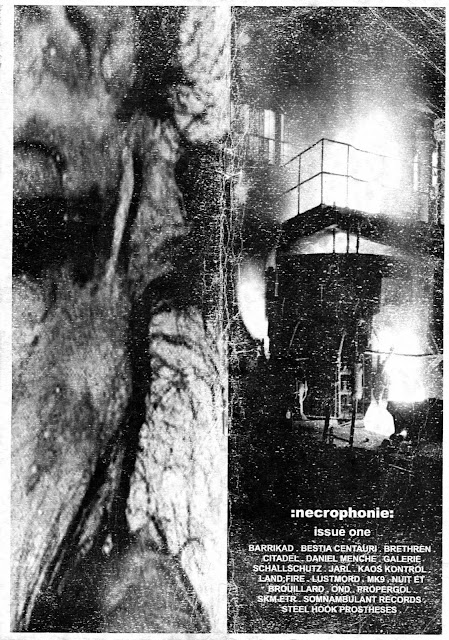 As I met in the virtual world the editor of this fantastic zine I asked him to write a small introduction for this post, A very big thanx to Nicolas for passing me his astonishing work and giving me permission to share it in this blog.
Here his words:"Conceived and assembled from 2003 to 2005, copied and sold in 2006, 200 copies print run. Prior to doing this zine, I was somehow boycotting computers and the internet - to make it, I began to get involved with computers and the internet. That was when social networks (especially early Myspace) began their conquest... I got drowned in this shit, thus there has never been an issue two. The world smothered in even more absurdity."
To complete this post I am attaching the first page with his editorial written back in 2004.
I believe this is a real gem for the lovers of the independent press about post-industrial music and related subjects.
Enjoy it.
:f(ar)a_w(a)y~
click me